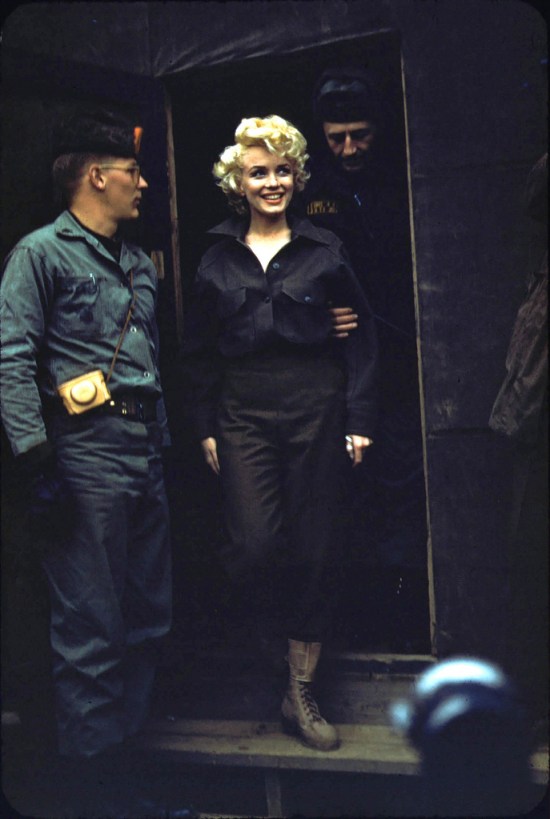 Above: Marilyn Monroe receives an escort while in Korea for her USO tour.

In February 1954 shortly after marrying Joe DiMaggio, Marilyn Monroe took a detour from a trip in Japan to entertain the troops in Korea. She performed ten shows in four days, in front of audiences that totaled more than 100,000 soldiers and marines.

She later spoke about the experience: “[the trip] was the best thing that ever happened to me. I never felt like a star before in my heart. It was so wonderful to look down and see a fellow smiling at me.” 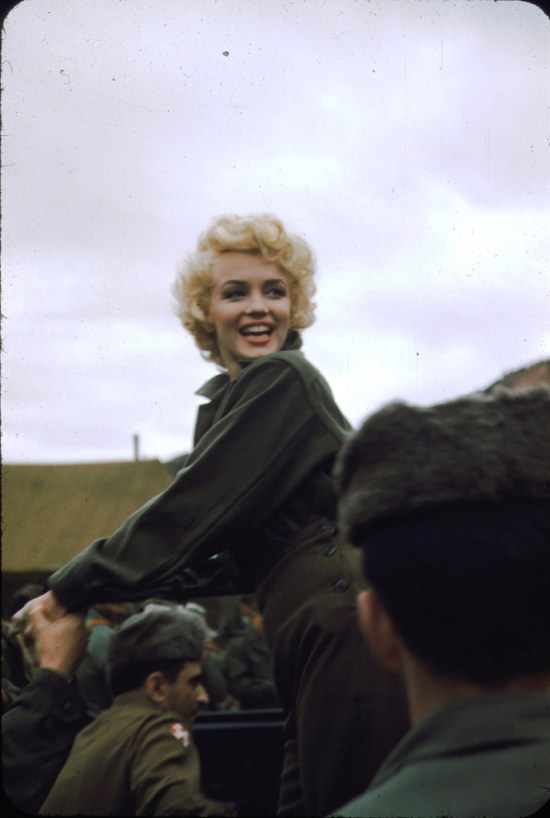 Above: Marilyn Monroe greets the troops during her Korea USO tour. 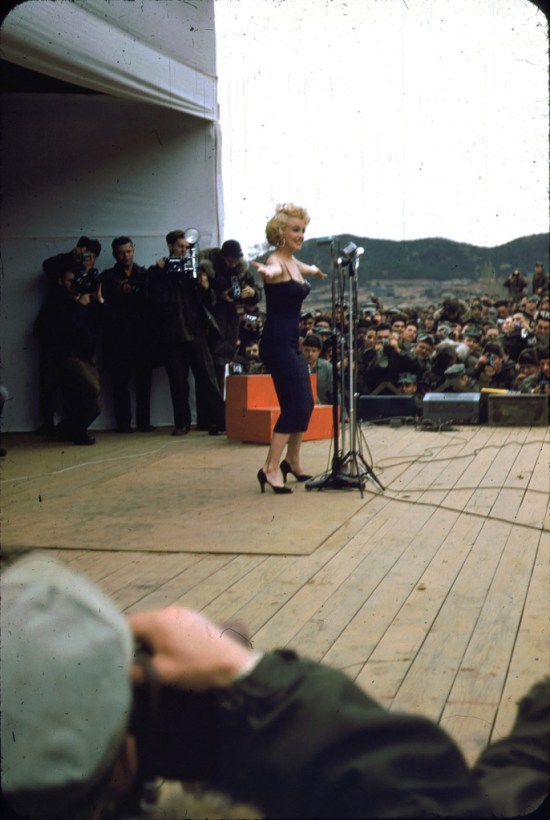 Above: Marilyn Monroe appears onstage entertaining troops on her USO tour through Korea in 1954. 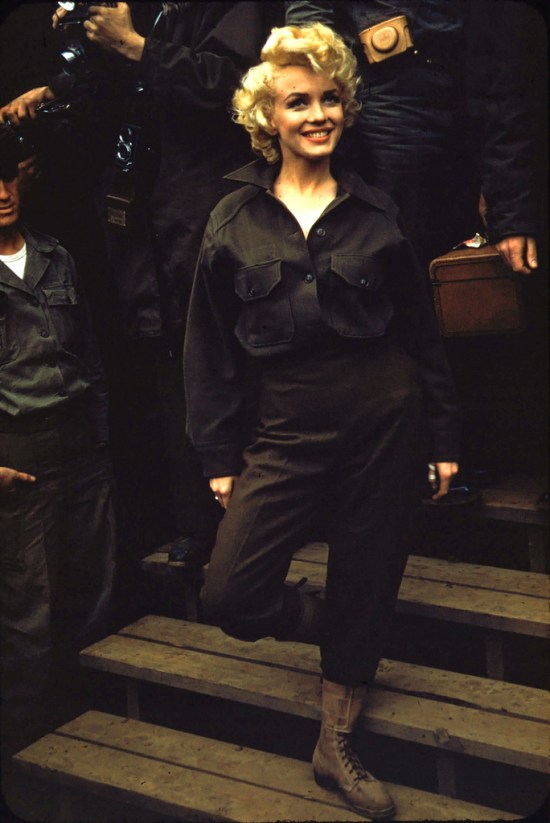 Above: Marilyn Monroe pauses for a photograph while in Korea for a USO tour.

All photos are from the Robert H. McKinley Collection (COLL/4802) at the Marine Corps Archives and Special Collections. OFFICIAL USMC PHOTOGRAPHS

6 thoughts on “Photos of Marilyn Monroe on her USO tour in Korea, 1954”