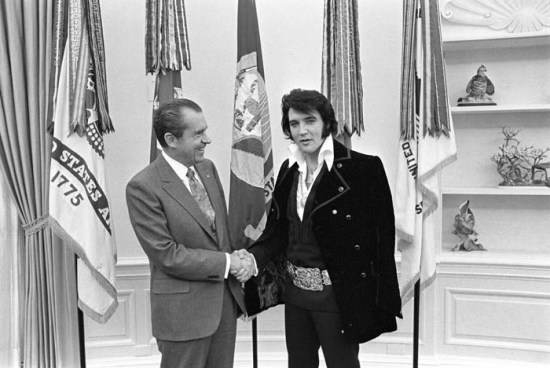 Elvis Presley & Richard Nixon in the Oval Office in 1970 – don’t they make a strange couple?

Elvis wrote to Nixon saying that he wanted to become a Federal Agent in the fight against drugs (rumour has it that he just wanted the badge since he collected police and military paraphernalia!). In the meeting he presented Nixon with a Colt .45 pistol as a gift.

I particularly love the 3rd photo, it looks like Nixon is bowing to Elvis but I think he’s just admiring his cufflinks!

You can see the orignal letter Elvis wrote and the transcript and photos from the meeting here. 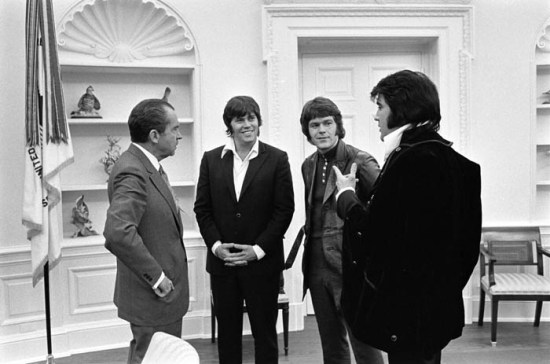 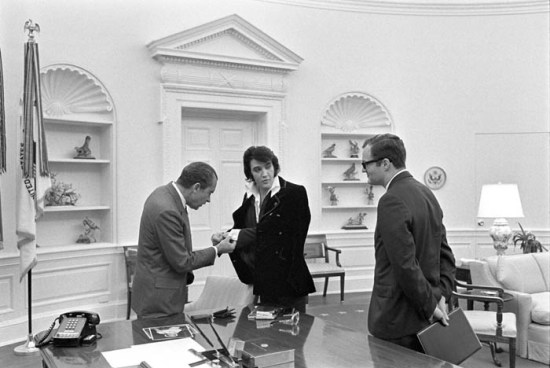 Source and copyright: This image is a work of an employee of the Executive Office of the President of the United States, taken or made as part of that person’s official duties. As a work of the U.S. federal government, the image is in the public domain.

One thought on “When Elvis met Nixon”