I found myself wondering the other day about waist training and just how corsets and girdles have shaped women and fashions over the last century.

The fashion for different body types has definitely changed with the decades, but what underwear was needed to help women achieve this?

I hope we’re getting to an age where people are free to look the way they want to, but all I have to do is open Vogue and look at the photoshoots and I know that’s not really true. The ‘ideal’ body type at the moment seems to be just as unattainable as ever…

At the turn of the 20th century and In the early 1900s the hourglass figure was very popular and this gradually became more and more extreme.

This fashion culminated in contorting underwear such as the S-bend corset (also called the flat-front corset) which pushed the bottom out and the chest up (and must have caused a lot of back pain!). 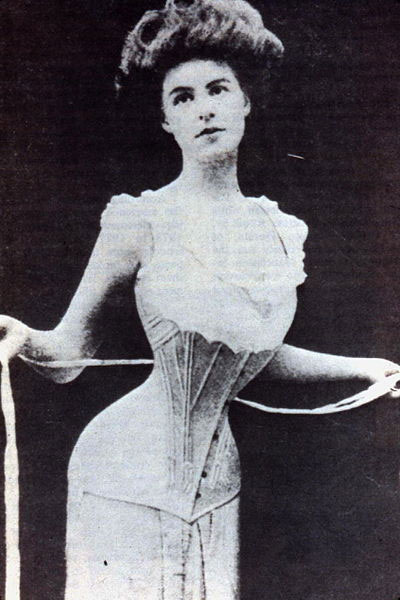 Above: An S bend or flat fronted corset from 1905.
Source This image (or other media file) is in the public domain because its copyright has expired.)

Below: an advert from 1900 showing the change in posture between a traditional and a flat fronted corset.
Source: This image (or other media file) is in the public domain because its copyright has expired.

During the first World War women discarded the more traditional corset in favour softer corsets and the very first bras. By the time the war was over and the 1920s had started the trend had arrived for youthful shapes and more androgynous styles – the era of flappers and ‘bright young things’.

More pliable girdles were introduced to help obtain the fashionable boyish body image, flattening the bust and emphasising the long slender body shape. Large busted girls were also known to strap their bust down to hide it and try to attain a straighter figure.

Above: Boyish shapes were popular in the 1920s.
Source and copyright: This media file is in the public domain.

The shapes of the 1930s were influenced by the depression – or rather the escapism from reality offered by Hollywood stars such as Jean Harlow and Marlene Dietrich.

Fashions at the time were long and form-fitting, clinging to the body, and underwear needed to flatten the tummy, smooth any lumps and bumps and accentuate the bust. Creating a smooth figure was the goal and because of this girdles tended to be very plain without lace so they wouldn’t show through tight-fitting clothing. 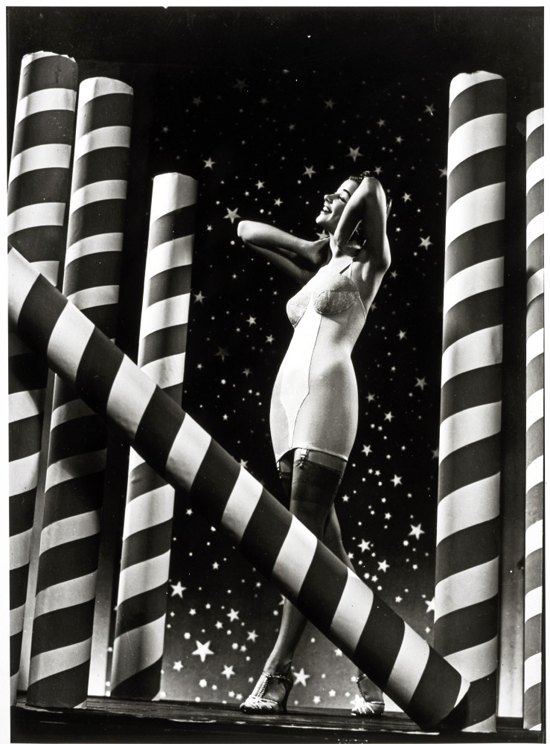 Styles in the 1940s were governed by WW2 and the austerity that war brought with it.

Glamour disappeared and the hourglass figure was popular again with women wearing military uniforms. When Dior launched their New Look in 1947 with its huge skirts and tiny cinched waistlines, it marked a return to fashion and glamour – even if it was unattainable for a lot of people because of post-war fabric rationing.

In the early 1940s elastic and zippers were needed for the war effort so there was also a return to traditional lacing instead of the girdles of the 1930s. 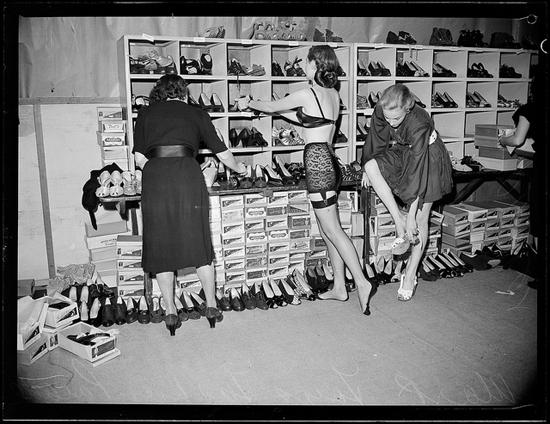 Above: Backstage at a fashion show, 1947. Source and copyright: No known copyright restrictions

By the 1950s Dior’s New Look (pictured below) had finally taken root in popular culture and the bras and girdles once again helped to reduce waistlines. The hourglass shape was officially back in, but a  more extreme and glamorous version than in the 1940s. 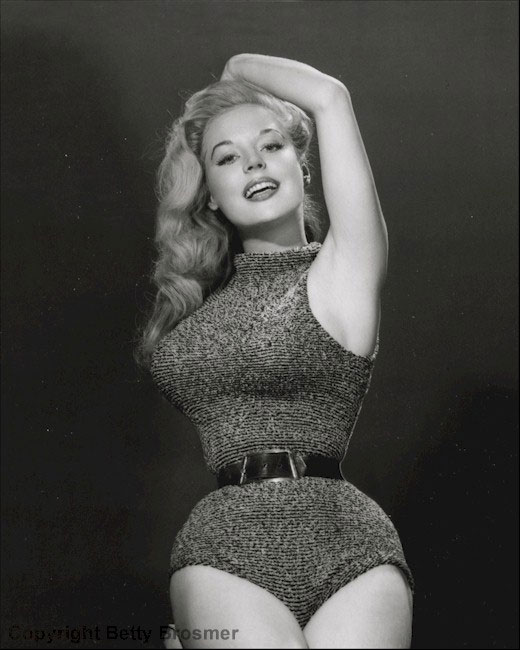 Above: popular 1950s pin up girl and model: Betty Brosmer who had a tiny waist. Photo source and copyright: BettyBrosmer.com

The sixties weren’t only a time of huge cultural change, underwear changed enormously too – from the kind of elasticated girdle which was still very 50s-inspired to the invention of tights, the rejection of control underwear and bra-burning across the world!  Oh, and of course, Lycra was invented!

To see more, go to our vintage underwear gallery here

11 thoughts on “Waist Training: a Visual History of Corsetry”