Paris, February 1917. Europe is at war, with England, France and Russia fighting against Germany, Austro-Hungary and Turkey. At the Hotel Elysee Palace on the Champs Elysee, authorities have arrested a 40-year-old woman and charged her with espionage. This woman is famous, a celebrity, known across the continent for her exotic burlesque performances, and her stage name will forever be synonymous with deadly femme fatales, but just who was Mata Hari? 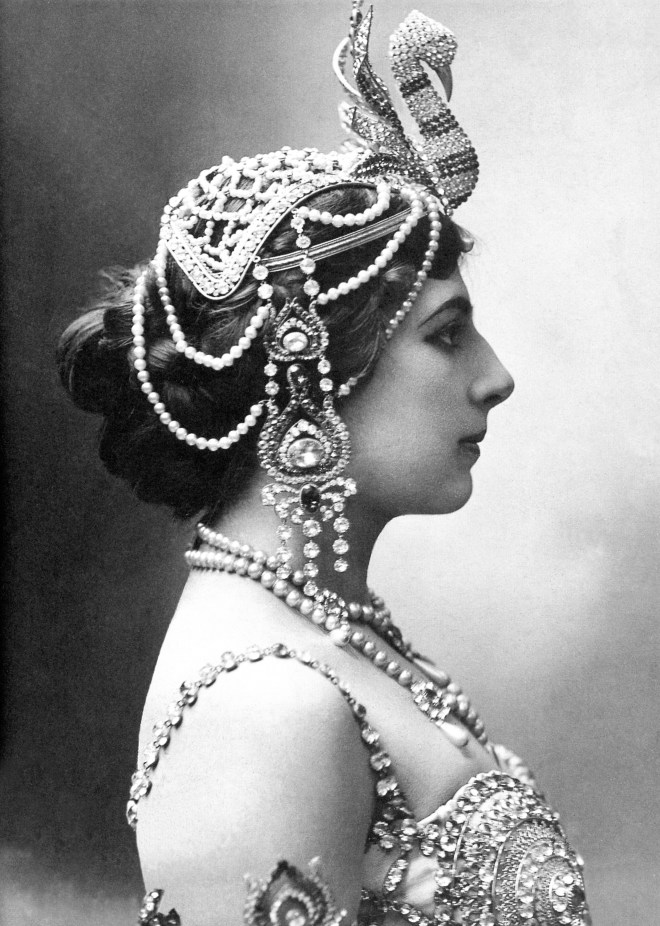 She was born in 1876 with the less exotic name of Margaretha Geertruida Zelle in Leeuwarden, The Netherlands. Following her parents’ divorce and her mother’s death in 1891, Margaretha trained at first to be a schoolteacher, but this career ground to a halt when she found herself receiving some unwanted attention from the school’s headmaster!

In 1894, Margaretha became what must be one of the first mail-order brides when she replied to an advertisement by Rudolf Macleod, a Colonel in the Dutch Colonial Army based in Indonesia (then known as the “Dutch East Indies”). Macleod was in search of a wife, and so they married in Amsterdam before emigrating to Java. There they had two children, Norman-John (who died aged just 2) and Louise. Sadly, the much older Rudolf was an alcoholic and treated Margaretha appallingly. 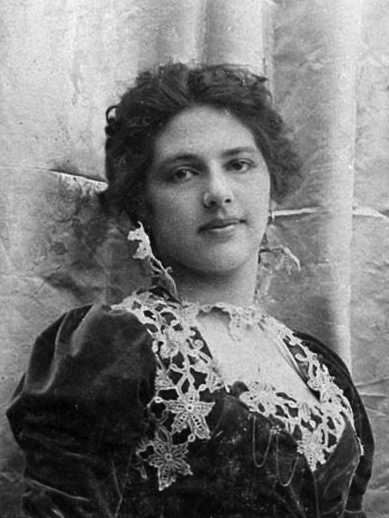 The pair separated, briefly, in 1897, and Margaretha began studying traditional Indonesian dance with a local dance company. It was around this time that she first adopted the stage name “Mata Hari”; Indonesian for “The Sun” (or, more literally, “The Eyes of the Day”). She and Rudolf got back together and returned to the Netherlands, but were separated finally and divorced in 1902.

Margaretha left for Paris the following year, quite literally running away to join a circus. She performed as a horse rider, but it was in 1905 that she began her more famous career as an exotic dancer. She brought an element of the Far East into her performances, which took place not in places more famous for burlesque, such as the Moulin Rouge, but in such highbrow venues as the Musée Guimet!

Claiming to be a Javanese Princess (it was common for exotic dancers to create elaborate fictional biographies for themselves), she became an overnight success. 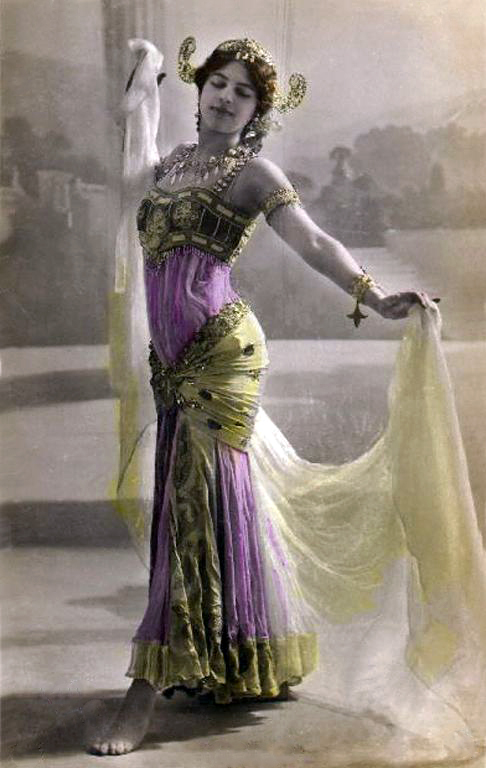 Postcard of Mata Hari in Paris 1906

Between then and the outbreak of World War I, Margaretha became a famous courtesan, involved in relationships with high ranking military leaders from all across Europe. As war became inevitable, this made her a controversial figure, and one whose allegiances were called repeatedly into question.

Though her home country, the Netherlands, was neutral throughout the war, travel between the Netherlands and France was made difficult by the battles raging in the north French and Belgian countryside. Margaretha often travelled between the two countries via Spain and Britain. This made authorities in London very suspicious, and in 1916 she was arrested and questioned by Scotland Yard.

Arrested as a Spy

The end came when, in 1917, the French intercepted a German telegram referring to a spy with the codename “H-21”. Their intelligence officers identified H-21 as none other than Mata Hari, bringing us back to her arrest at the Hotel Elysee Palace. In the subsequent trial she was held directly responsible for the deaths of over 50,000 troops, having given away vital information to the enemy, found guilty, and executed by firing squad on 15 October 1917. 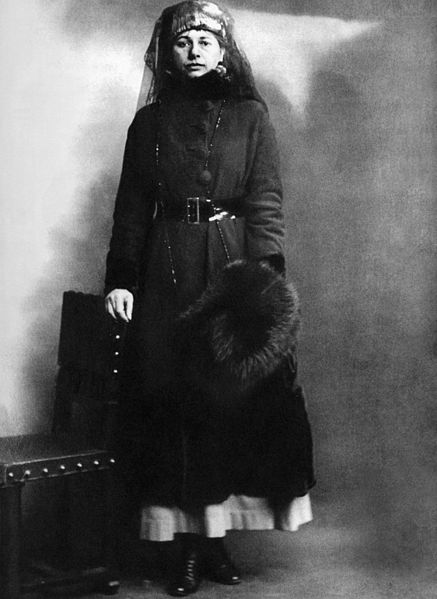 For decades many believed she had been used as a scapegoat by the French authorities, to cover up their bungling of an earlier investigation, but files released by the German government in the 1970s revealed that Margaretha Geertruida Zelle, aka Mata Hari, was indeed the spy codenamed H-21. 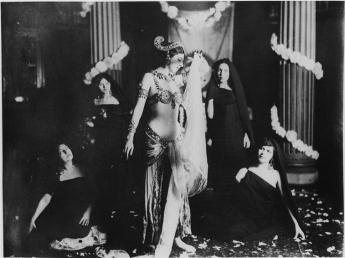 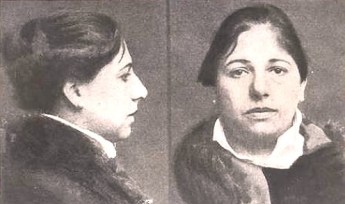 Mata Hari shortly before her execution, 1917 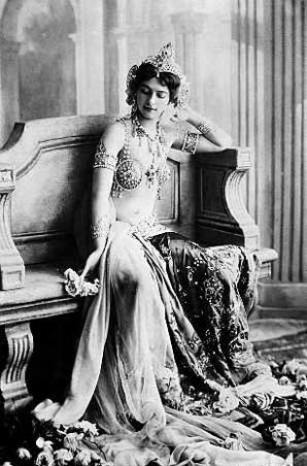 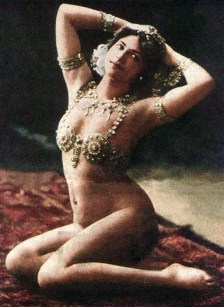 Mata Hari in costume in Paris 1910 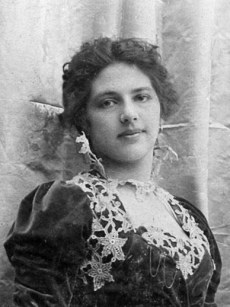 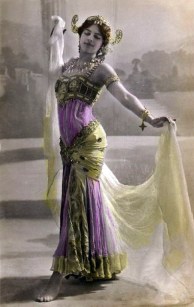 Postcard of Mata Hari in Paris 1906 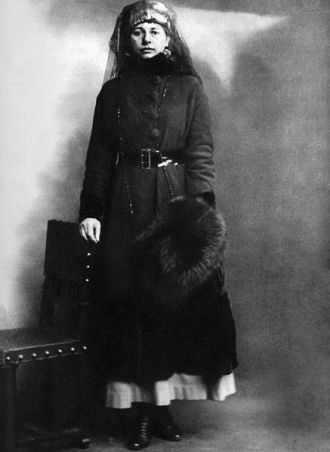 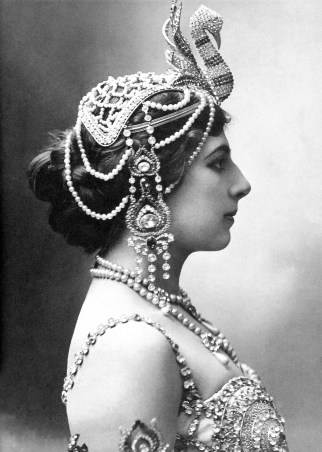 Ben Gallivan is a dedicated follower of vintage fashions. He writes for Corsets-UK, an online corset and accessories store which specialises in ALL types of corsets as well as accessories such as eyelashes and fascinators