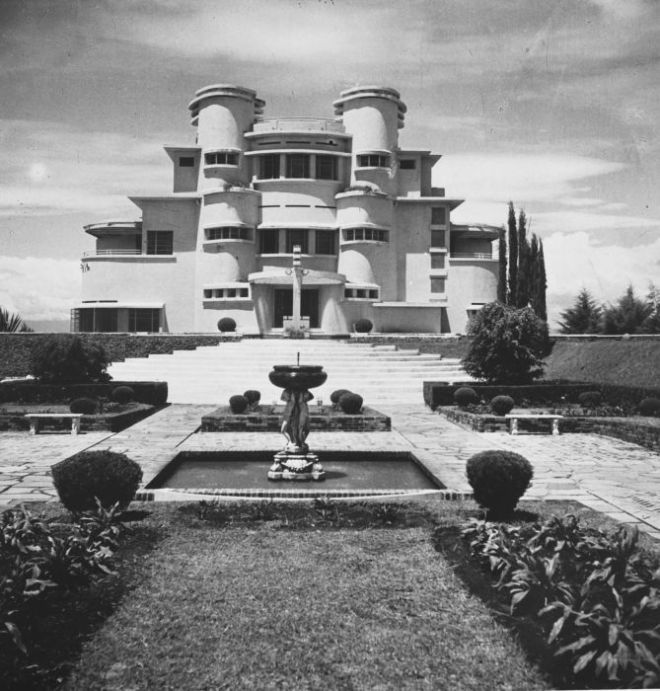 For several years, now, whenever people think of vintage or retro décor, chances are they’re thinking 1950s, ’60s and ‘70s. Typically, these are the styles – from ’50s polka dots and jukeboxes to ’70s chintz – that have been best catered for by both contemporary designers and shops and markets selling vintage furniture, but all that has begun to change.

In recent years there has been a resurgence of interest in the styles and fashions of the 1920s and ’30s, and this is likely to increase when Baz “Moulin Rouge” Luhrmann’s adaptation of The Great Gatsby, starring Leonardo DiCaprio, hits cinema screens this summer.
Here are the typical features of 1920s and ’30s design that you may want to consider when creating a classic vintage feel in your home.

Modernism was the catchword in 1920s Europe. In music, this meant the atonal discord of composers like Stravinsky and Schoenberg, in literature the linguistic experiments of James Joyce and T.S. Eliot, while in art it was the stark cubism of Pablo Picasso. In architecture, the geometric shapes and angles of the Bauhaus school were all the rage, and influenced interiors as well as exteriors of modern homes.

Starting in Europe, Art Deco was a design movement which thrived in the age of mass travel, skyscrapers, and the motorcar, taking its inspiration from a wide range of sources, including technology, Egyptology and the Orient. Typically, this meant designs that – like Bauhaus – used geometric shapes, but also elaborate curves, stained glass, and natural materials such as animal skins and tortoiseshell. Original Art Deco ornaments can prove a little pricey at auction, but modern day replicas are affordable, and often surprisingly authentic. 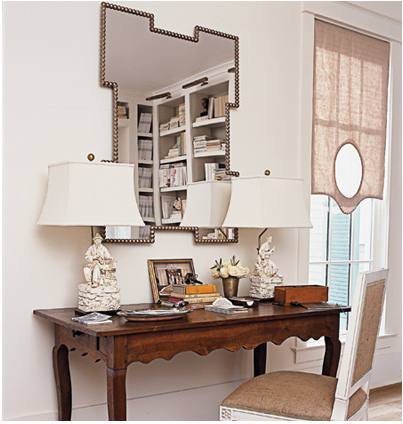 The 1920s also saw the boom of the movie industry in Hollywood, and the glamour and glitz of Tinseltown would influence design on both sides of the Atlantic, with cocktail cabinets in particular becoming a popular addition to many living rooms and dining rooms. Vintage cocktail cabinets and minibars are both easy to find and reasonably affordable in flea markets and antique stores.

Perhaps the most significant development in 1930s’ interior design was the widespread use of Bakelite. First developed by Belgian chemist Leo Baekeland in 1907, Bakelite was one of the very first plastics produced commercially, and by the 1930s was used in practically everything, from radios to telephones, from cigarette holders to light switches. Classic, 1930s-style Bakelite telephones can be found in many second hand stores and flea markets, but do remember that it takes a lot longer to dial a cell phone number on an old, turn-dial telephone, and those things most definitely aren’t touchtone! 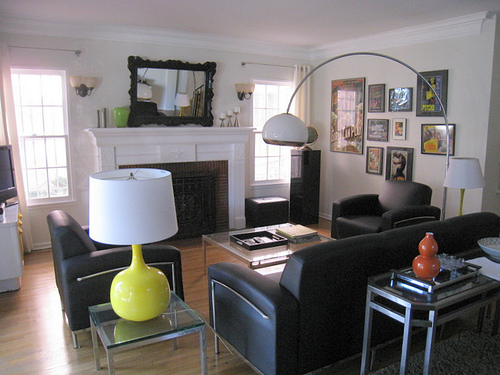 1920s colour schemes were as jazzy, brassy and bold as the decade itself, utilising strong, distinctive shades of black and red, with metallic highlights. The following decade saw a return to subtler shades, with eau de nil (a pale green) and pastel shades of blue, beige and coffee particularly popular. The strong 1920s palette is best suited to lively, social spaces such as living rooms and hallways, while the softer tones of the 1930s will work well in more relaxing spaces, such as the bedroom.

David Llewellyn is somewhat of an expert on interior design – especially since watching ‘Mad Men’. He writes for Graham & Brown, who stock paints and papers to help you create that vintage look.