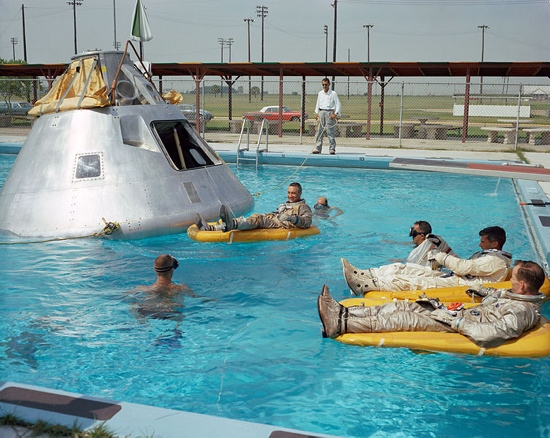 The crew of NASA’s Apollo 1 training in Florida. The 3-man crew comprised of Virgil I (Gus) Grissom, Edward H. White, II, and Roger B. Chaffee. Sadly they didn’t make it into space as all three were killed shortly after these photos were taken on January 27, 1967 when a fire erupted in their capsule during testing.

Apollo 1 was originally called AS- 204 but following the disaster, the astronauts’ widows requested that the mission be remembered as Apollo 1 and following missions would be numbered subsequently as a tribute to them. 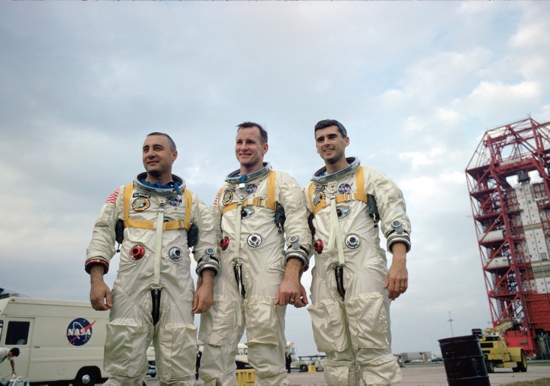 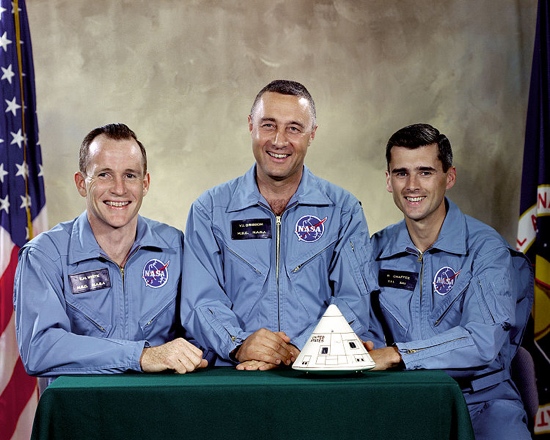 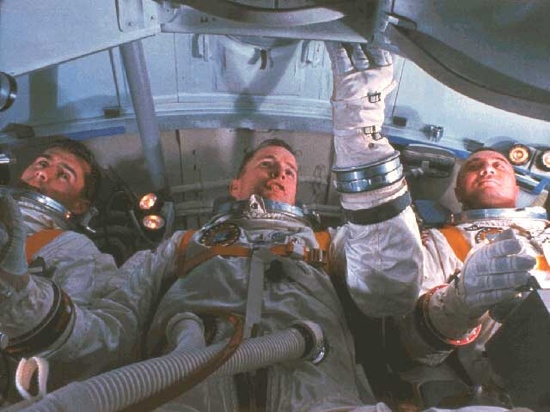 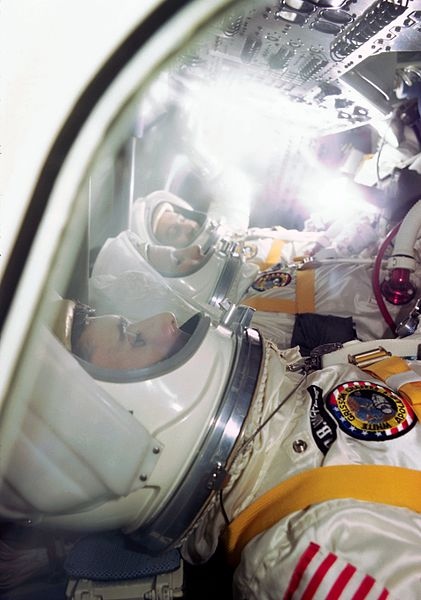 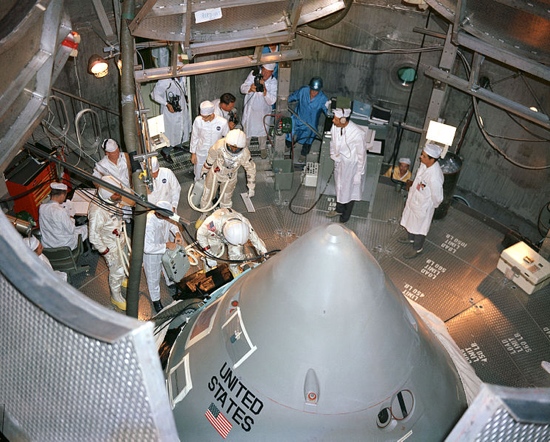 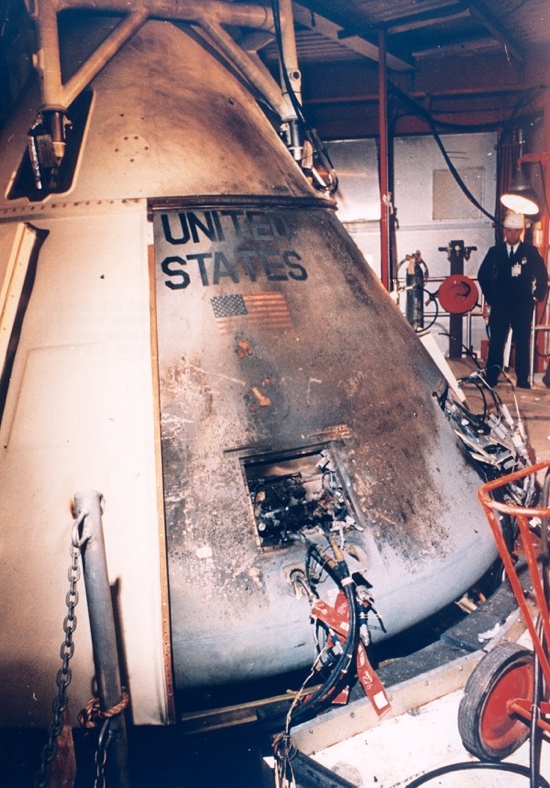 Source and copyright:  This file is in the public domain because it was solely created by NASA. NASA copyright policy states that “NASA material is not protected by copyright unless noted“