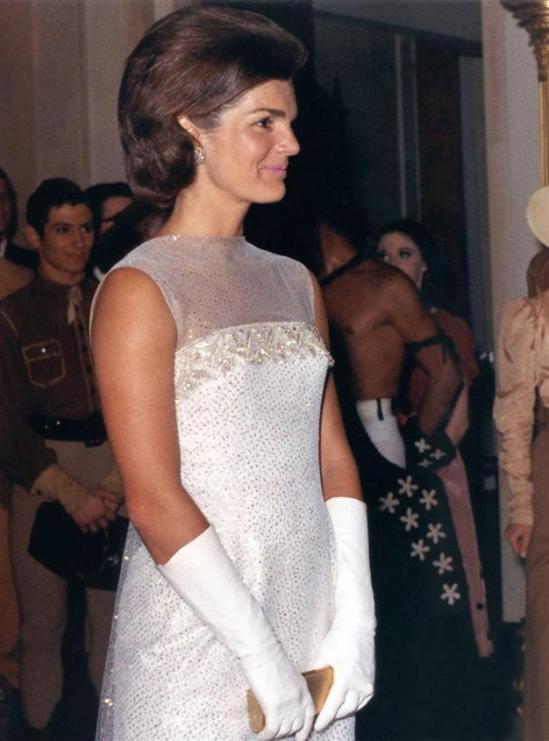 Jackie Kennedy is one of the iconic figures in 1960s fashion.  Her grace and understated style appealed to a wide audience and the ‘Jackie Kennedy look’ was widely emulated in the USA in the early years of the decade. Her status as a fashion icon was costly though, in her first year in the White House, Jackie spent $45,446 more on fashion than the $100,000 annual salary her husband earned as president.

Jackie and John Kennedy married in 1953. Her wedding dress was also widely admired and is still copied today.

The image of her wearing her blood-spattered pink Chanel is one of the iconic images of the 1960s.

After JFK was assassinated she refused to change out of the blood-stained suit when she was required to stand next to Johnson as he was sworn in as President, stating “I want them to see what they have done to Jack”. She also said she regretted washing the blood off her face and hands.

Above: Jackie Kennedy photographed at a state dinner in 1962. 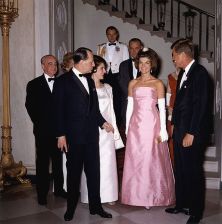 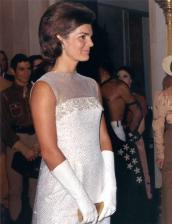 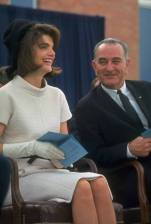 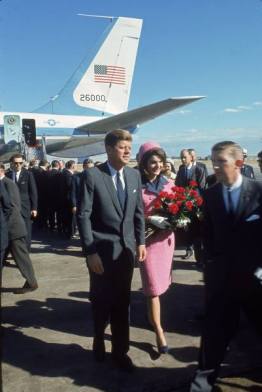 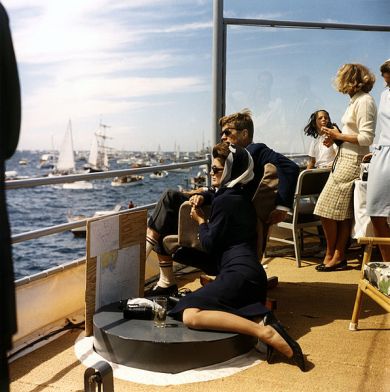