What is a wiggle dress?

You hear the term wiggle dress used a lot at the moment, especially since Mad Men became popular, and often it’s applied to something which is nothing like an actual wiggle dress! A proper wiggle dress is a fitted dress meant to exaggerate an hourglass figure  and which is narrower at the hem than around the hips. This forces the wearer’s knees to stay close together and causes them to wiggle their hips when they walk! Makes sense eh?

As I was searching for wiggle dresses to include in this article I found lots of dresses which were described as wiggle dresses but were either far too short (a shift dress which barely covers your bum won’t make you wiggle!) or just straight shift dresses. I’d also like to point out that nothing which is flared, pleated or with a big thigh slit counts either!

Recently the wiggle dress has been ‘made famous’ to a new generation by Joan (Christina Hendricks) from Mad Men, but the original and most iconic wiggle dress wearer was Marilyn Monroe.

Sophia Loren was another sexy starlet famous for her wiggle… Other famous current wiggle dress wearers are Dita Von Teese and Nigella Lawson who caused a stir when she wore a red Marilyn-style dress on TV in America recently.

Here are some of my favourite vintage (meaning genuinely from the 1950s and 1960s) wiggle and pencil dresses. Which do you like best? 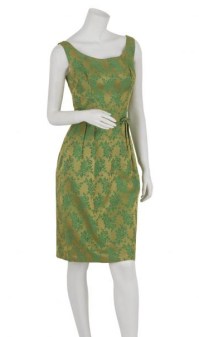 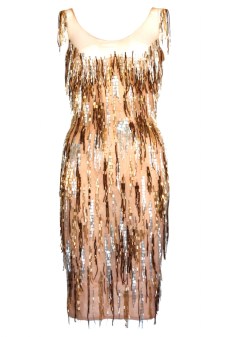 Allegra Dress by So Loves Vintage 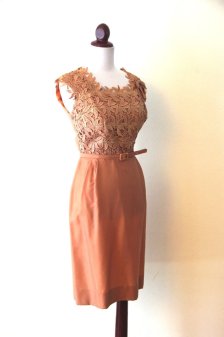 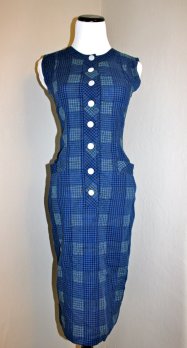 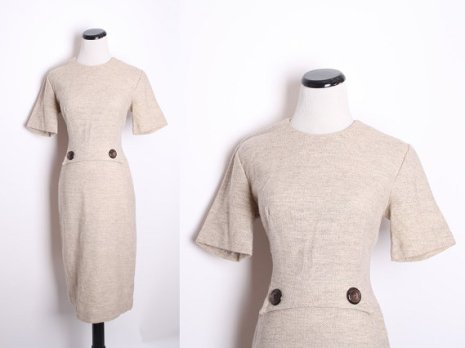 And if you don’t fancy buying actual vintage, there are lots of beautiful new vintage-style dresses you can choose from too. 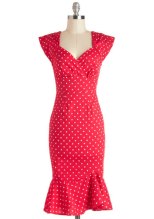 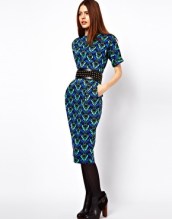 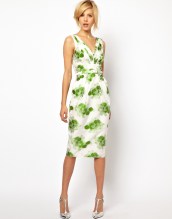 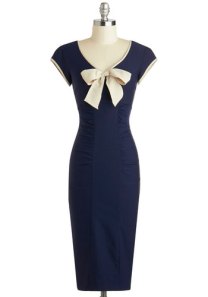 Sheath a Lady Dress in Navy by Stop Staring 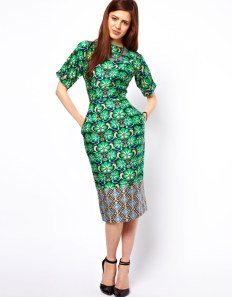 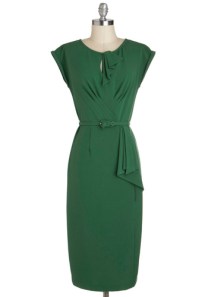 Once and Conifer All Dress by Stop Staring

Which are your favourites? I think I would choose the Vintage 1950s Nude Leaf Cut Out Wiggle Dress or the Eucalyptus Penelope Dress.