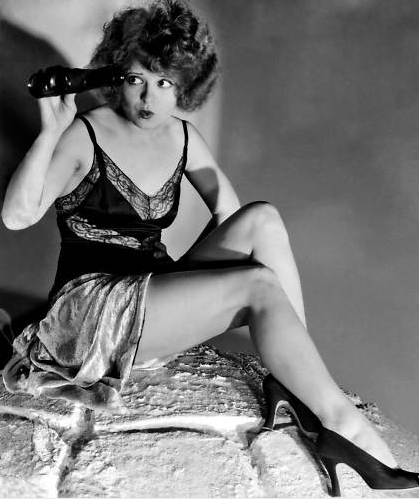 Clara Bow was the quintessential ‘it’ girl and a flapper icon. She was one of the few silent movie stars who made it successfully into ‘talkies’ with her thick Brooklyn accent in tact. Bow was notorious for her loose living and scandalous lifestyle, so you’ve probably heard the rumours and gossip but here are 10 facts you might not know:

If you’d like to see more photos of Clara Bow (including a photo of her wearing a really strange swastika-themed outfit) you can see my gallery here, and if you’d like to read more about Clara Bow’s life story I recommend this article.

Image source and copyright: This work is in the public domain because it was published in the United States between 1923 and 1963 and although there may or may not have been a copyright notice, the copyright was not renewed.