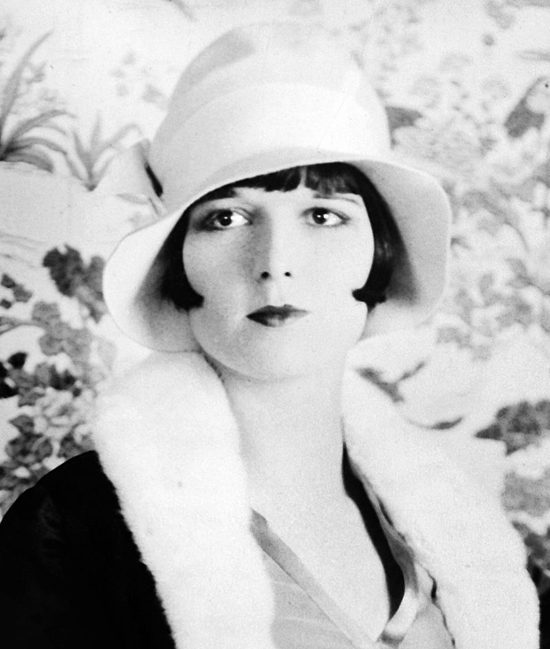 Louise Brooks with her sharply bobbed hair is one of the most iconic figures of 1920s cinema, but I realised I didn’t know much about this enigmatic figure. This is what I discovered…

Source and copyright:This is a press photograph from the George Grantham Bain collection, which was purchased by the Library of Congress in 1948. According to the library, there are no known restrictions on the use of these photos.