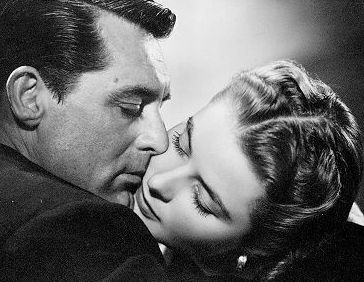 The movie-going public adored the image of glitz and glamour presented to them by their favorite Hollywood stars in the first half of the 20th Century, but many of them were hiding dark secrets. The use of illegal (and legal) drugs was widespread and several well-known faces dabbled in narcotics.  In some cases drug use was endorsed by the medical profession, while in others, studio bosses encouraged stars to take drugs to keep them working through exhaustion and burn-out.

The Influence of the Studios

Under Hollywood’s Star System, major stars were tied to one studio and expected to positively represent that studio at all times. The system ran from the 1930s until the 1960s and was commonplace throughout the film industry. Strict contracts bound actors to the studio they were employed by and banned “immoral behaviour”.

Image was everything and stars were forbidden to behave in any way that might bring shame on the studio. Despite this, it was not unusual for even the major Hollywood film studios to supply their own stars with drugs. Judy Garland and other young stars were worked incredibly hard and often struggled with the demands of appearing in film after film with no break.

Garland was famously given amphetamines to keep her going during long days of filming and supplied with barbiturates to take before bed to help her sleep. This early reliance on drugs had tragic results for the young actress and led to a lifetime of addiction which ended with her premature death in 1969 at the age of 47.

Stories of Hollywood stars being arrested for possession of marijuana are nothing new but the drug has been popular in celebrity circles for many years. In 1948, the great Film Noir actor Robert Mitchum was arrested as part of a sting by police to trap Hollywood movers and shakers. Tip-offs meant most of the intended targets managed to evade arrest but Mitchum and actress Lila Leeds were among those detained. Both served several weeks in jail and the case received considerable press attention, despite the best efforts of the Hollywood establishment to keep it under wraps.

The drugs scandal didn’t appear to have harmed Mitchum’s career, however, with his next few films becoming huge box-office hits. Errol Flynn was another famous face of Hollywood’s Golden Age known to have a fondness for pot but the list of drugs the Australian superstar dabbled in ran far longer than just marijuana.

Few Hollywood icons had a more clean-cut image than Cary Grant, yet the quintessential British gentleman was a keen advocate of LSD. The manufactured drug was still relatively new in the 1950s but was increasingly used by psychiatrists and medical professionals in the field of psychotherapy. Grant was introduced to the LSD by his wife at the time, actress Betty Drake, and was quick to extoll its virtues, both privately and publicly.

It’s believed as many as 100 Hollywood stars used LSD during the 1950s, either as part of psychotherapy sessions or recreationally. Swimming and acting star Esther Williams was another who sampled the mind-altering drug under medical supervision, seeking answers during a low point in her life and career.  Among others sampling LSD in 1950s and 60s Hollywood was a young Jack Nicholson. The Oscar-winning actor later described his experience of the drug as “beautiful and eye-opening”.

Hardly a week goes by without news of yet another celebrity being found in possession of drugs or driving under the influence of illegal substances.  The list of promising young talents whose lives and careers have been blighted by drugs grows longer every decade. Across California as a whole, drug abuse is the biggest cause of premature death. There are an estimated three million individuals across the state addicted to drugs and abuse of prescription drugs in particular is increasing.  In California Suboxone and withdrawal treatment continues to be an issue, with centres springing up across the state to assist those struggling with addictions to the painkiller.

With the social problems caused by drug abuse frequently reported in the news, attention soon turns to the US drug laws. A star-studded group of celebrities recently teamed up with activists to pen an open letter to President Obama, imploring him to relax the drug laws and reform the US prison system.

4 thoughts on “The drug culture of Hollywood’s golden age”