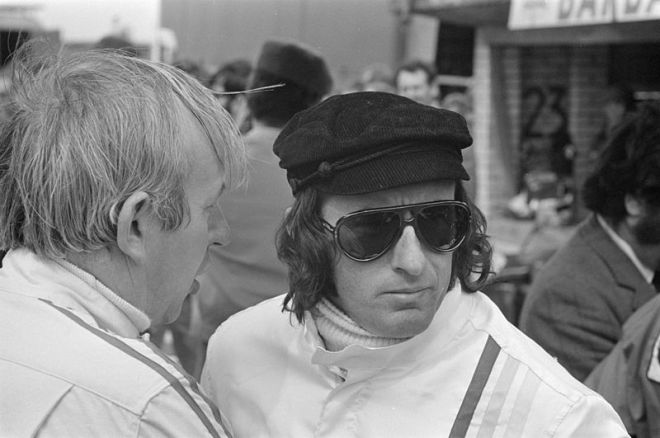 Jackie Stewart, or to quote his full name Sir John Young “Jackie” Stewart OBE, is a 3 time Formula 1 World Champion who cut one of the most iconic looks of the 1970s F1 paddock. With his flat cap, aviator style sunglasses and big sideburns (only rivalled in magnificence by those of Emerson Fittipaldi – photo below) it was a look which inspired high-street sunglasses collections and wanna-be racing drivers everywhere.

Stewart’s nickname is the “Flying Scot” but he’s best known in our household as the ‘pedantic Scotsman’ who succeeded in the impossible by teaching James May drive fast on Top Gear. Of course you don’t get awarded an OBE for appearing on Top Gear, he’s also been enormously influential in improving the safety of F1 and racing in general, something for which I’m very grateful as my 7 year old has just starting karting!

When asked about his iconic look Stewart admitted to consciously creating a brand to help himself stand out from the crowd:

“There was something else I needed: headgear to wear before and after my races, because my hair would get matted to my head. I decided a racing driver required something a little more trendy than a country gentleman’s cap or a baseball cap, and decided on a black corduroy cap, similar to the one worn at the time by John Lennon. A recognisable brand was starting to emerge.”

So boys, grow your sideburns, grab yourself a pair of Aviator-style sunglasses and a courdaroy cap and get your seventies style on! 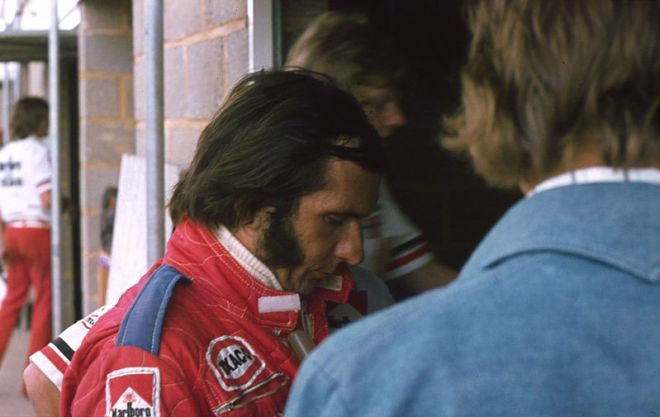 Emerson Fittipaldi and his magnificent lamb-chop sideburns in 1974 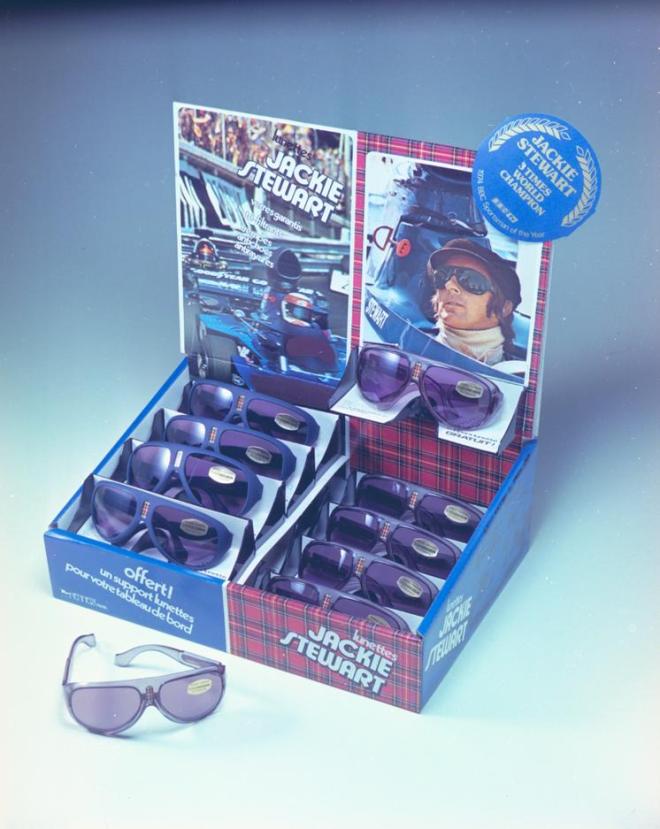 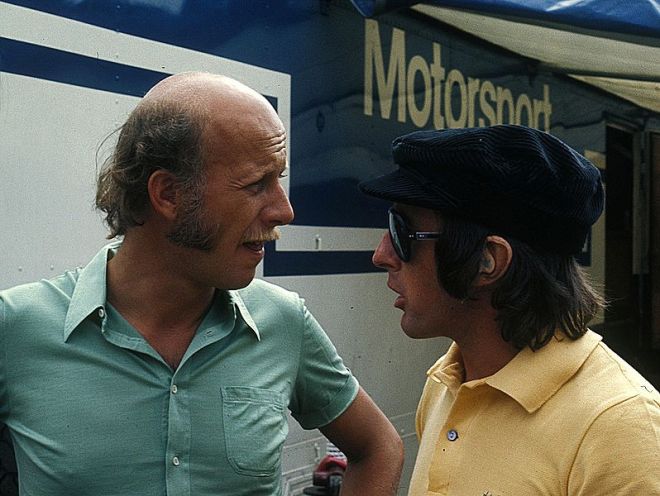 Jackie Stewart with Mike Kranefuß at the Nürburgring in 1973