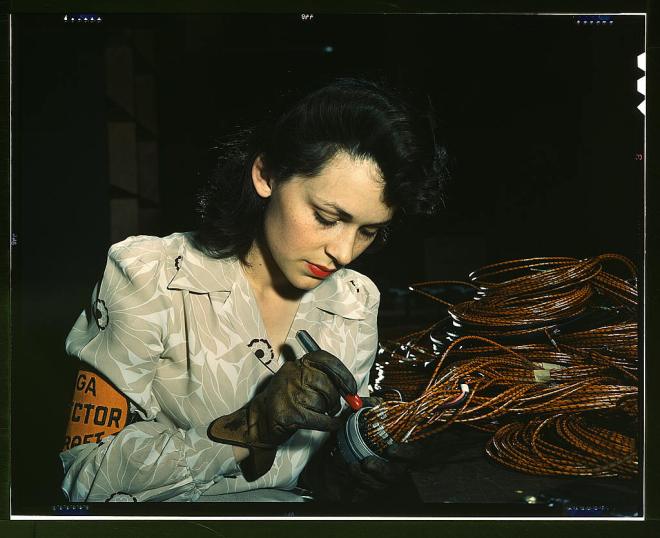 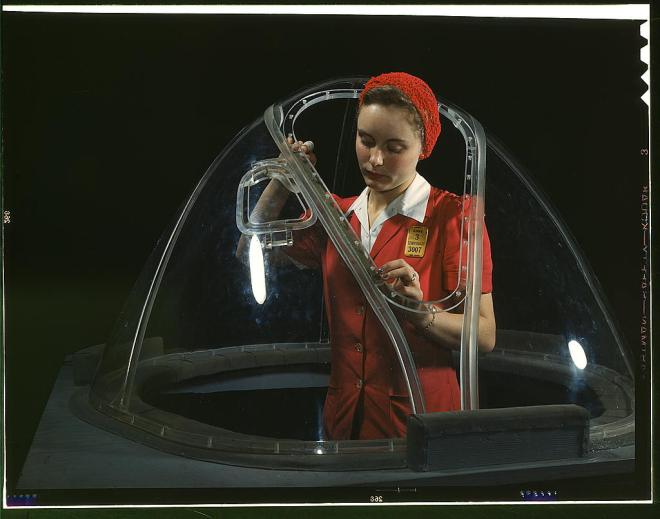 This girl in a glass house is putting finishing touches on the bombardier nose section of a B-17F navy bomber, Long Beach, Calif. She’s one of many capable women workers in the Douglas Aircraft Company plant. Better known as the “Flying Fortress,” the B-1 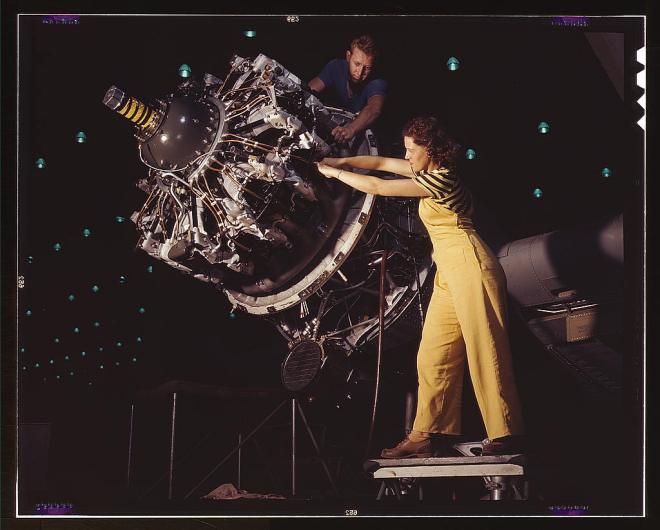 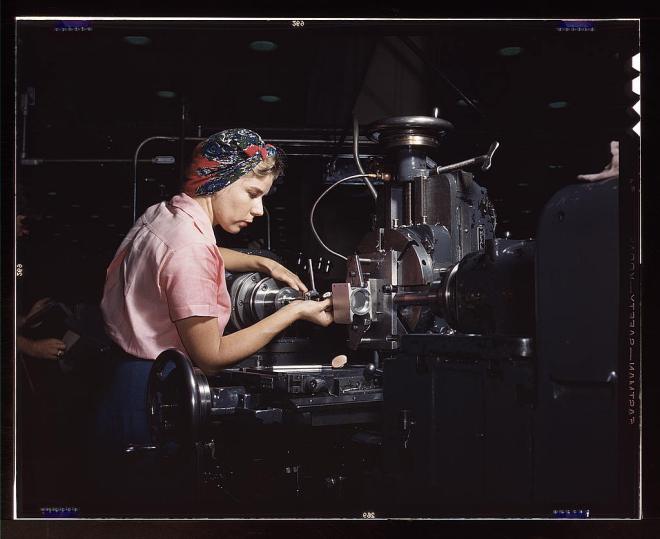