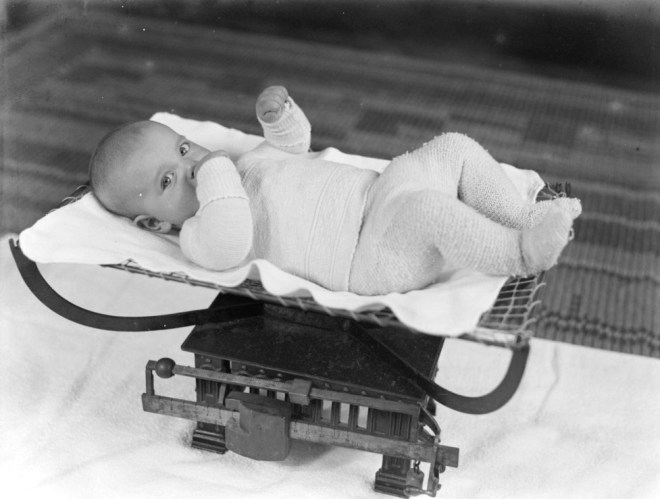 It’s Royal Baby day! After weeks of the nation waiting with bated breath Kate Middleton (or the Duchess of Cambridge as we should probably call her I suppose) was admitted to hospital this morning in the first stages of labour. And about time too, we could do with something to talk about other than our current heatwave which has finally eclipsed the Summer of 76!

The whole of the UK (according to the radio) is on baby alert, although I don’t know why, I was in labour for about 26 hours when I had my baby so we could be waiting some time…

Until now though nobody has known the sex of the Royal Baby but I can now reveal that I know that Kate and Will’s baby will be a girl!

And how do I know this? Do I secretly work in the maternity department of St. Mary’s Hospital? Am I a childhood friend of Kate’s?

Nope, I bought a Krispy Kreme ‘Royal Baby’ doughnut, which had claimed to have fortune-telling properties, and the colour of the custard inside my doughnut would foretell the sex of the baby.

And yes, my doughnut was PINK inside, so I can confidently reveal that the Royal Baby will be a boy 😉  Bet you’re all delighted eh? 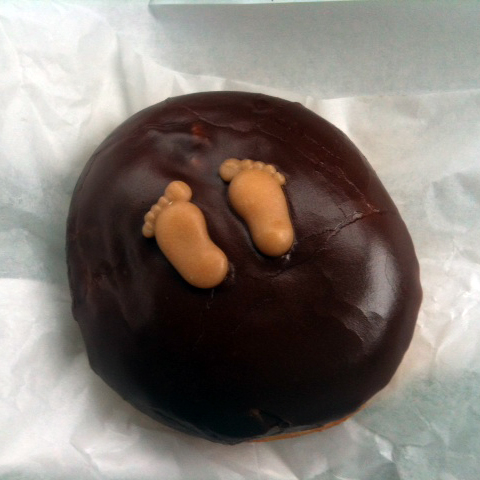 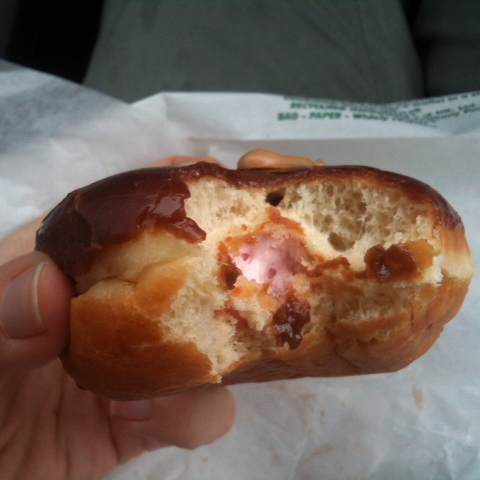