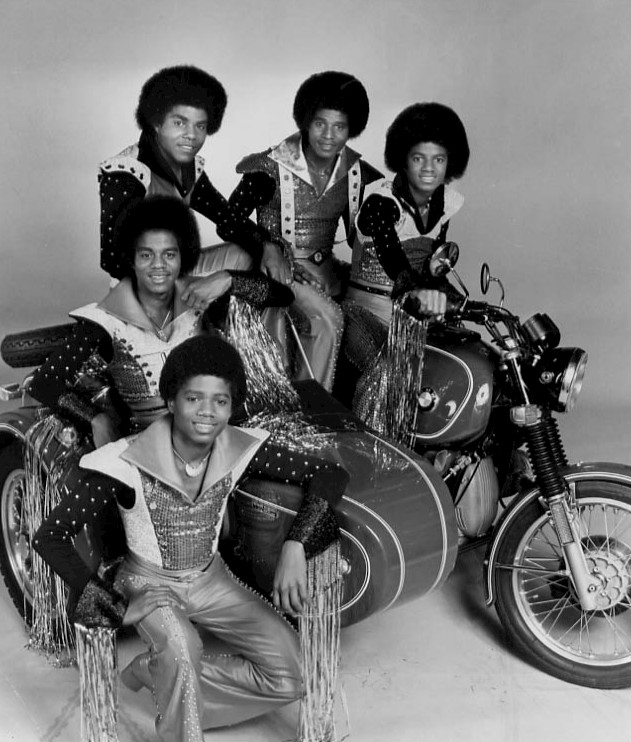 It sounds like the worst joke in the world doesn’t it? Why they thought it was a good idea to try and pose the 5 Jacksons on one motorbike I have no idea. It was probably the same person who decided all that sleeve-fringing was a good idea (health and safety anyone? That would SO get caught in the spokes of the bike!)

Publicity photo of the Jacksons from their television variety show. All brothers except Jermaine are pictured; he was not part of their television program because of contractual issues. From left, bottom: Randy, Marlon, Tito, Jackie and Michael, who’s driving the motorcycle.

Source and copyright: This work is in the public domain in that it was published in the United States between 1923 and 1977 and without a copyright notice