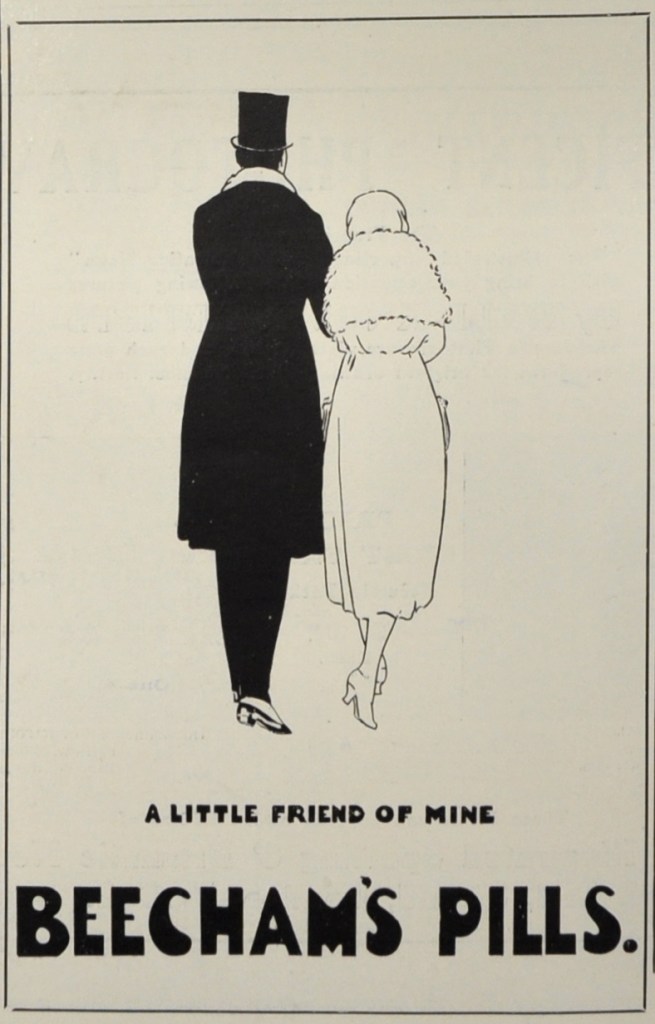 Is it just me or does this strapline sound a little insidious? A bit like ‘Mothers Littler Helper….’

Beechams Pills were actually a laxative (containing soap, yum!) rather than something addictive, but still… Would you know what this ad was for?

The pills themselves were a combination of aloe, ginger, and soap, with some other more minor ingredients. They were initially advertised like other patent medicine as a cure-all, but they actually did have a positive effect on the digestive process. This effectiveness made them stand out from other remedies for sale in the mid-nineteenth century.

Source and copyright: his UK artistic work, of which the author is unknown and cannot be ascertained by reasonable enquiry, is in the public domain