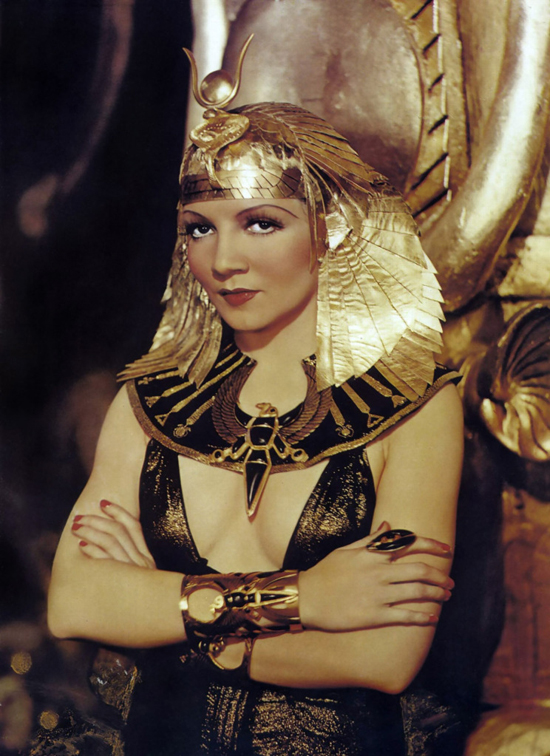 In 1934 Cecil B. DeMille directed a movie version of Cleopatra which was every bit as sumptuous and decadent as the later movie of the same name starring Elizabeth Taylor.  This Cleopatra was dressed in opulent Art Deco style and Claudette Colbert who played the title role looked just wonderful. The costumes which were designed by Travis Banton – it’s such a shame the movie was in black and white I bet the colours were stunning!

Check out the clip of the movie below too, it looks pretty racy, even though it was released after the Hays code was supposed to stop all that naughtiness!

Source and copyright: This work is in the public domain because it was published in the United States between 1923 and 1963 and although there may or may not have been a copyright notice, the copyright was not renewed.

One thought on “The Art Deco Cleopatra”