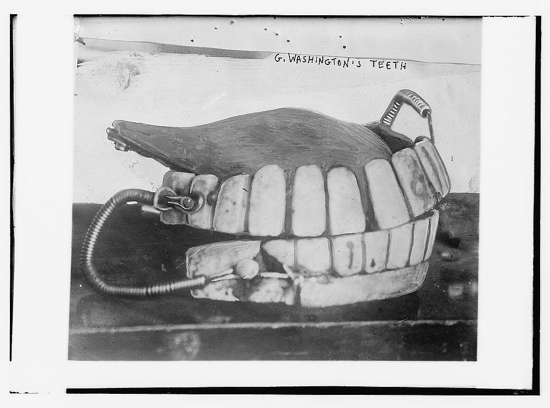 George Washington’s teeth which, contrary to popular myth, weren’t made of wood. He had various pairs, and the pair he had when he became president were made from hippo and elephant ivory with gold springs.  I’m not sure whether the pair above are those, but they certainly look about right don’t they?

Washington suffered from problems with his teeth from an early age, and started to lose his adult teeth aged just 22.  By the time he became President aged 52 (I think) he had lost all of his teeth.

His dental problems left him in constant pain, which apparently accounts for the pained look on his face in most Presidential portraits of him including the one on the dollar bill.