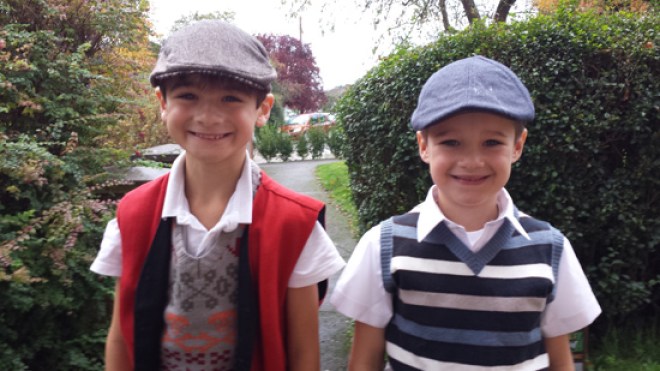 It’s my son’s school trip today. They’re learning about World War 2 in history at the moment and they’re off to have a WW2-themed day at Holdenby House where they’ll get to experience cooking with rations, bomb shelters and various other things which *may* give him nightmares. Having said that learning about the war is all a huge adventure when you’re 7. I find the thought of war absolutely terrifying but perhaps that’s partly to do with being older and wiser and partly to do with being a parent.

All the children had to dress up as evacuees, with a label and home-made gas mask box and they’re being evacuated for the day. I don’t know whether widespread evacuation happened in other countries, but at the beginning of the war the British Government believed that children in the cities should be evacuated to safer areas which weren’t at risk of enemy bombs. Millions of children left their families, carrying gas masks boxes and labelled with their name and home address so that they could eventually be returned home and were evacuated to live with families in the country. 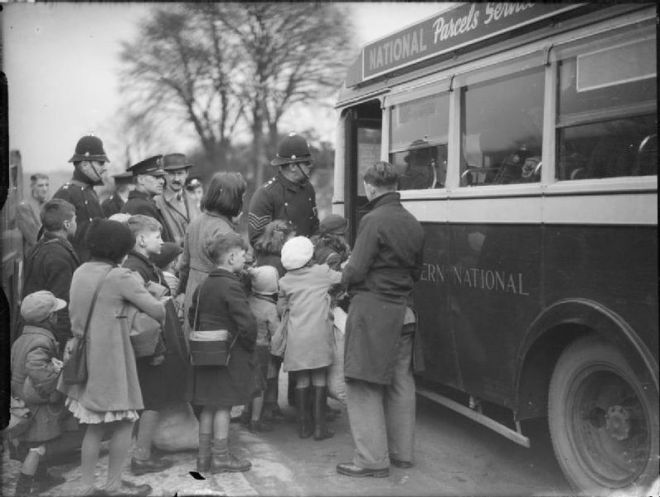 Children being evacuated from Bristol To Devon, 1940

The kids’ schedule for the day is:

It is 1941. German bombers attack London. The children have to be evacuated to the country.

Holdenby Evacuee Centre is ready. When the children arrive, they are given a label and ration book. (We expect them to bring an ID card and respirator.) Depending on the time, they will complete a test for the village schoolteacher. Our historical characters will then teach them the hands-on activities required for them to become evacuees: 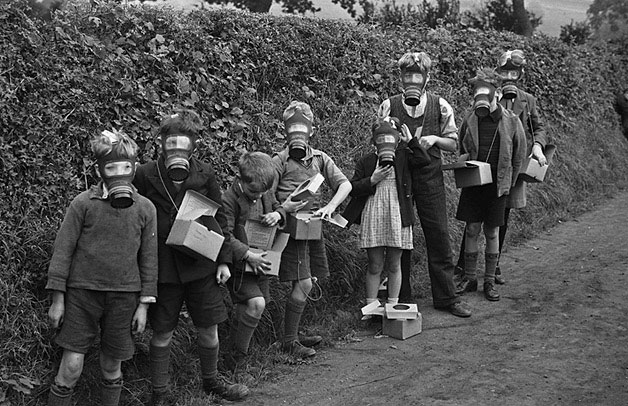 WW2 evacuees sent to live in Montgomeryshire (Wales) in 1939 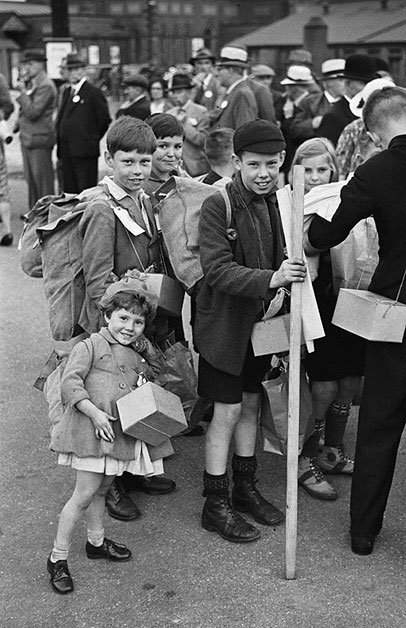 I think it will be a wonderful and educational day out for them. Am I wrong to worry that it will bring home the realities of war to them a little too much? When you’re 7 surely you shouldn’t have to think too much about what it would be like to fear gas attacks and bombing raids and being sent to live far from home.

Then again it is a very important part of their history. Nobody in our family was alive during the war, both my parents were post-war baby-boomers, and now that it’s starting to pass out of living memory we have to be very careful not to forget to ensure it never happens again…

It’ll be interesting to see what he reports when he gets home tonight. After his first history lesson he came home telling me that Hitler was fat so who knows what he’ll pick up about being an evacuee for the day! 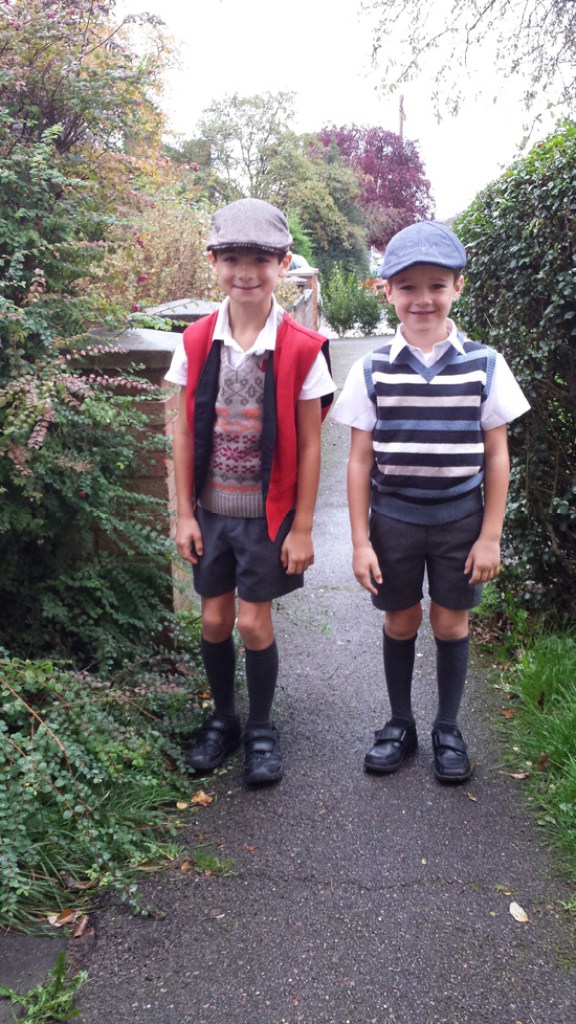 Source and copyright: This artistic work created by the United Kingdom Government is in the public domain.