I seem to have a slight obsession with vintage mug-shots this week and I couldn’t resist sharing these beautiful photos with you. They were taken between 1910 and 1930 by New South Wales Police Department. Called ‘special photographs’, I’m not sure whether they replaced traditional mug-shots or were supplimentary, but they were  photographs of “men and women recently plucked from the street, often still animated by the dramas surrounding their apprehension”.

The men and women photographed were allowed to position and compose themselves for the camera as they pleased, wearing the clothes they were apprehended in, and they make for absolutely compelling viewing. [15 photos]

Above: Mug shot of Herbert Ellis. Presumed Central Police Station, Sydney, around 1920. The precise circumstances surrounding this picture are unknown, but Ellis is found in numerous police records of the 1910s, 20s and 30s. He is variously listed as a housebreaker, a shop breaker, a safe breaker, a receiver and a suspected person. 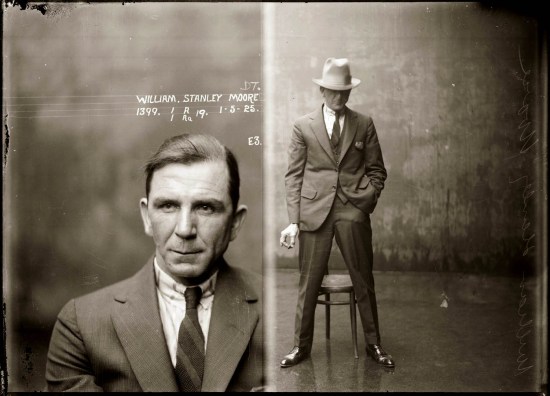 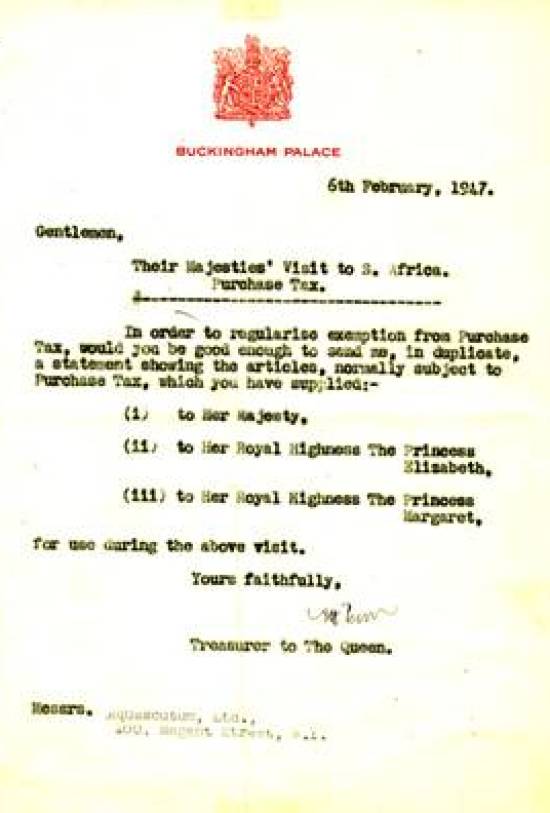 Mug shot of Vera Crichton, 21 February 1924. Vera Crichton, 23, and Nancy Cowman, 19, are listed in the NSW Police Gazette 24 March 1924 as charged, along with three others, with “conspiring together to procure a miscarriage” on a third woman. 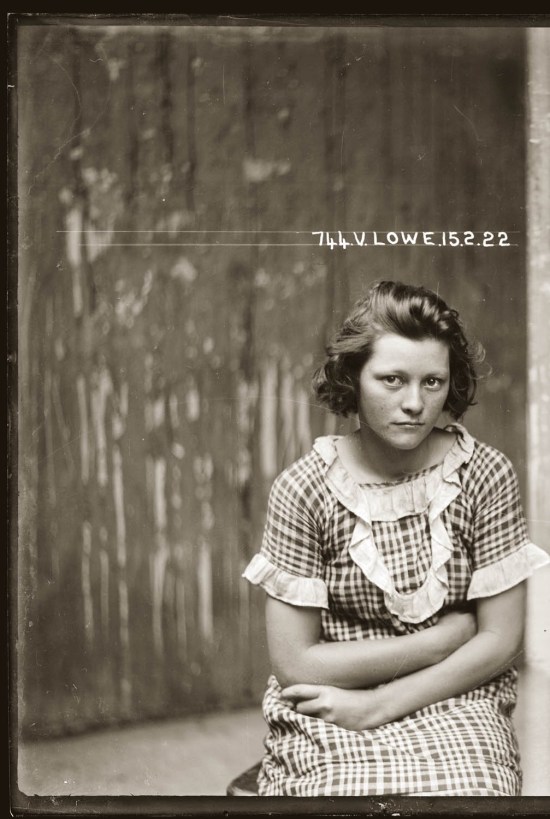 Mug shot of Valerie Lowe, 15 February 1922. Valerie Lowe and Joseph Messenger were arrested in 1921 for breaking into an army warehouse and stealing boots and overcoats to the value of 29 pounds 3 shillings. The following year, when this photograph were taken, they were charged with breaking and entering a dwelling. 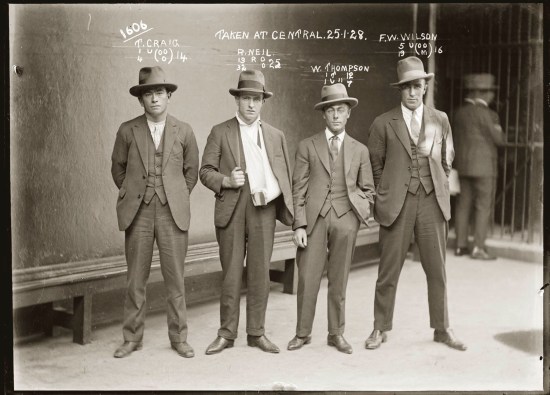 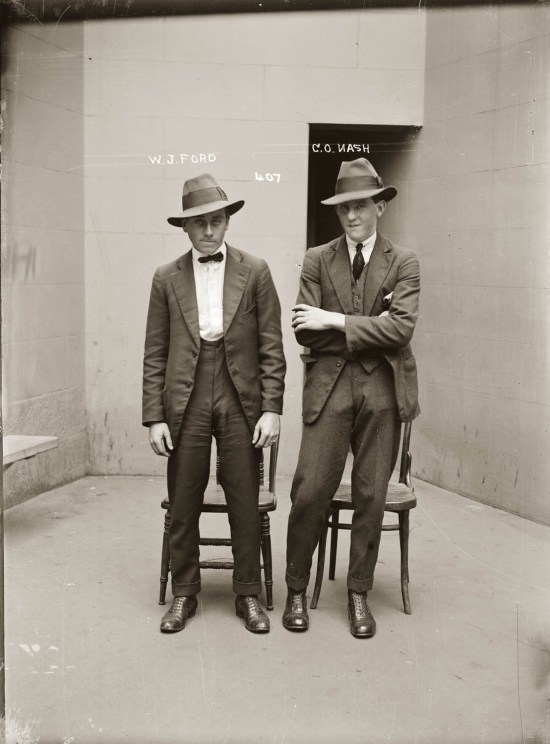 Mug shot of John Walter Ford and Oswald Clive Nash, June 1921. A week after the photograph was taken the pair, both aged 16, appeared in North Sydney Police Court on break, enter and steal charges, for which they were put on bonds to be of good behaviour for twelve months. 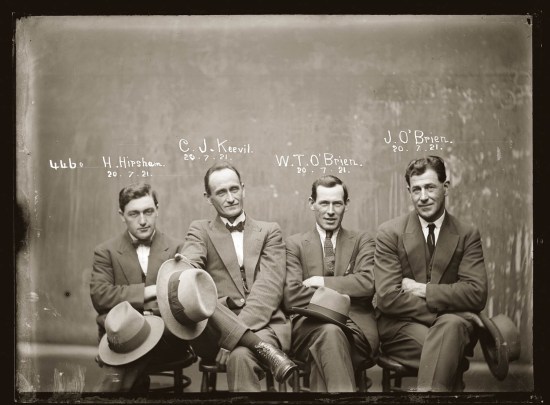 Mug shot of Hampton Hirscham, Cornellius Joseph Keevil, William Thomas O’Brien and James O’Brien, 20 July 1921. The quartet pictured were arrested over a robbery at the home of bookmaker Reginald Catton, of Todman avenue, Kensington, on 21 April 1921. 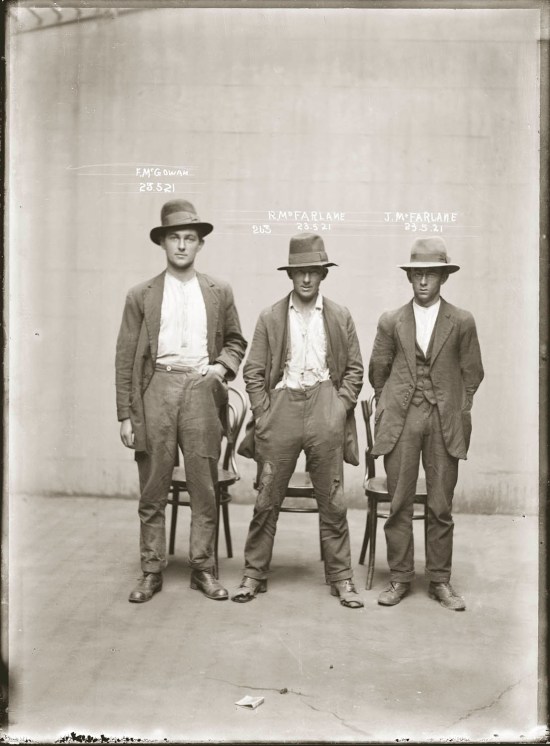 Mug shot of Frank McGowan, Robert McFarlane and John Dennis McFarlane, 23 May 1921. Robert McFarlane (the middle man in this trio) is mentioned in the Police Gazette, 7 September 1921 in connection with the theft of ‘three clocks, two sports coats and other articles’ from the warehouse of Dobson Franks Ltd. He appears in the NSW Criminal Register (24 September 1930) as a ‘thief and petty larcenist’. His MO includes visiting foundries with a horse and cart and stealing ingots of iron copper and tin. He also ‘steals laundered articles from clothes lines’. He is described as being of ‘violent disposition’, ‘addicted to drink’ and is said to associate with ‘the vagrant class’. 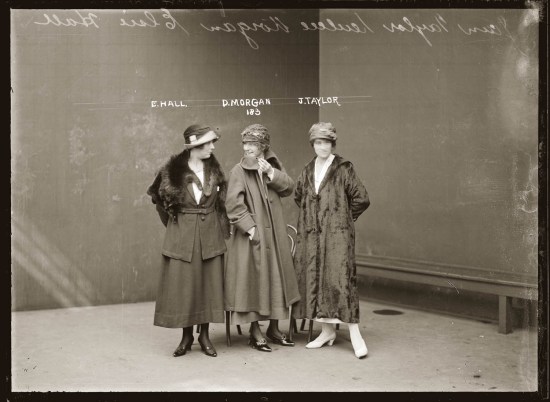 Mug shot of Elsie Hall, Dulcie Morgan, Jean Taylor, precise date unknown, but ca.1920. The names inscribed here do not appear in police records for 1920-21, and it is likely the women were photographed simply because they were found in the company of known criminals 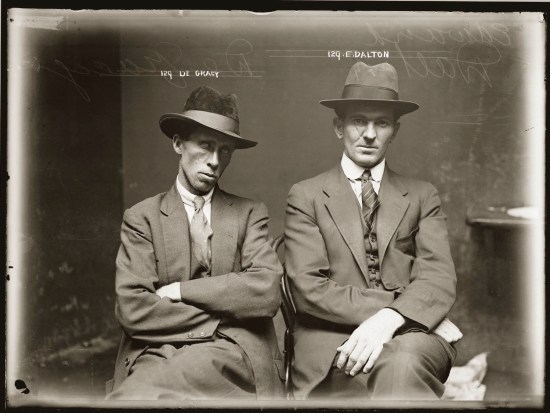 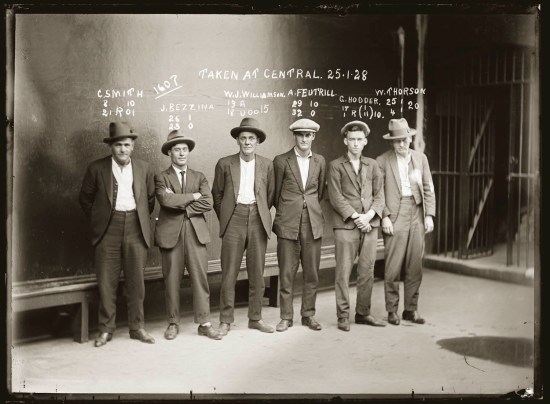 Mug shot of C Smith, Joseph Bezzina, William J Williamson, Aiden Feutrill, George Hodder, William Thorson, 25 January 1928. This photograph was apparently taken in the aftermath of a raid led by CIB Chief Bill Mackay (same as the other group above). 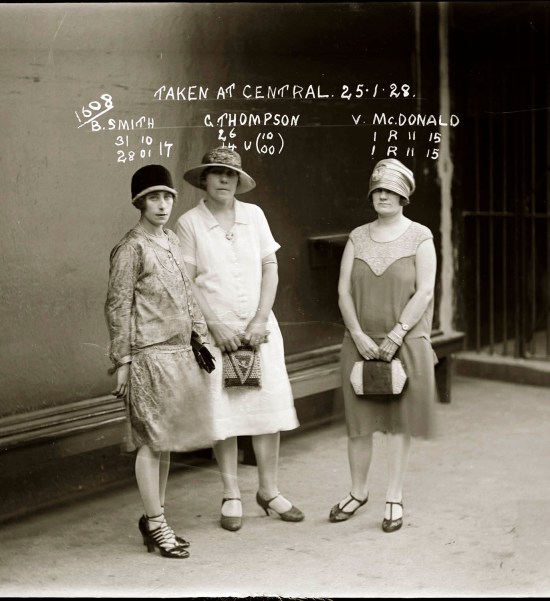 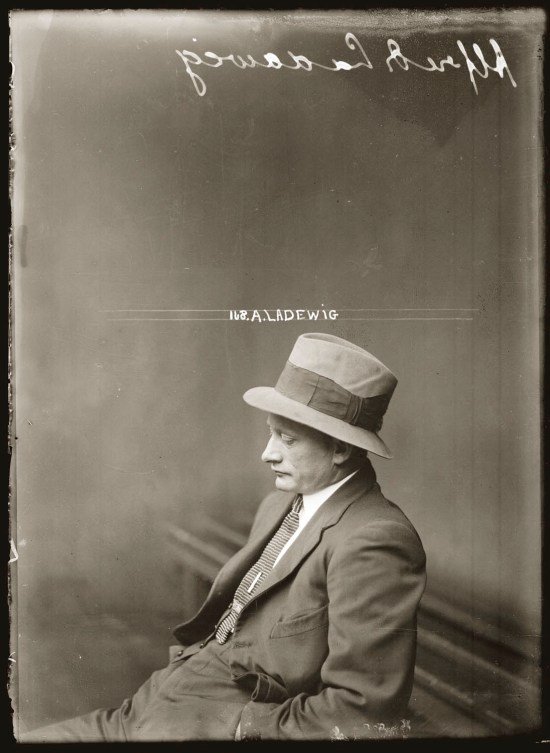 Mug shot of Alfred Ladewig, arrested for stealing by trick in September 1920 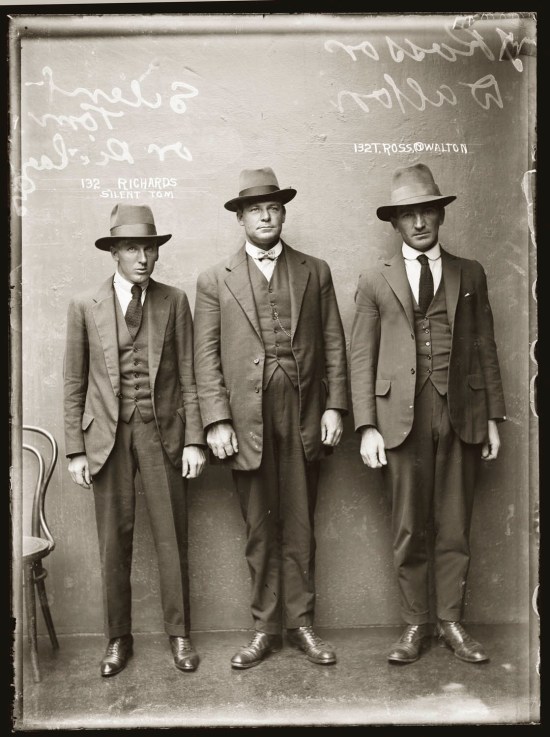