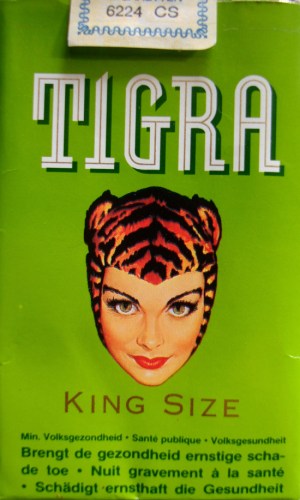 Everybody knows the beautiful green cigarette packets with a beautiful woman on the front dressed up in a tiger suit. She looks at you with intense seductive eyes and even if you don’t smoke, you’d want the packet just for its beautiful picture.

A lot of people like the cigarettes or like the packet but few people know that this woman was murdered. I think everyone should know what’s the story behind the Tigra girl.

The Tigra Girl’s real name is ‘Angelina Saey’. She was a poor girl from Antwerp (Belgium) who earned money by modelling. Once she did the shoot for the cigarette brand ‘Tigra’, the green packets instantly became famous and she turned into a real icon. Angelina’s biggest Idol was the Belga-girl, another famous cigarette model. Some even say she was jealous of her.

Shortly after that, Angelina met a rich and famous diamond merchant. They moved to the posh neighbourhood of Antwerp and together they had two sons.

On the 19th of March 1979, a short message appeared in the newspaper about a women who was found dead in her villa. She was lying at the bottom of the stairs with a cord around her neck. At first everyone thought it was suicide and it wasn’t until after a while people found out it had been murder.

They never found Angelina Saey’s murderer. Her husband and her youngest son were arrested but shortly after that released. But there is one thing we know -that is if I can believe the book I’ve read and if that writer has reliable sources- Angelina Saey had a lot a lot of lovers. She even had an affaire with a man and his son. So there are a lot of potential murderers. There’s a big chance that it was a crime of passion.

You might all be wondering how it is that I know so much about Angelina Saey. Well, I noticed the picture somewhere during the years of secondary school and I have loved the image since. The first weeks after I first noticed the beautiful Tigra I saw her everywhere. I heard about a Dutch production company that was going to make a documentary about her and a few months after that there was even a book being published about her. It was such a lovely book by the way. 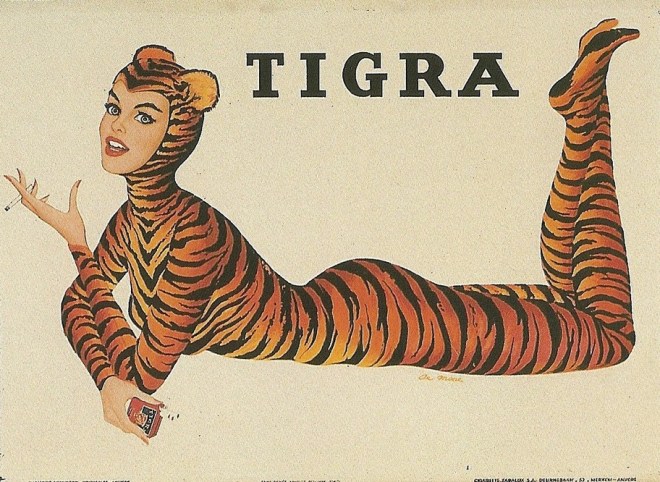 Besides me doing a lot of research on her and having read the book twice, I had another connection to the Tigra girl: she was murdered in my hometown. Of course, at that time I was still an egg in my mothers womb but apparently my dad was going to the same school as Angelina Saey’s youngest son.

A few months ago I read an article about a director who wants to make a movie about the Tigra girl. I can’t wait! As you might have already guessed, I’m fascinated with the story and I hope I’ll still be alive if they ever catch the murderer. In the meantime, I have my own theories about the murderer…

Image source, source and copyright: All rights reserved by and used with kind permission from  vatop and amphalon

4 thoughts on “Guest post: the mysterious story of the Tigra-Girl”