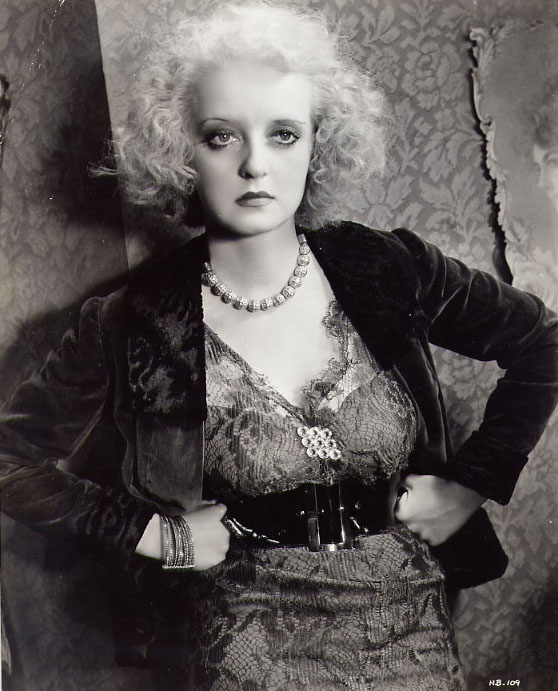 Bette Davis’ Hollywood career spanned an incredible six decades, but it was her style in the 1930s and 40s combined with her uncompromising movie roles which cemented her as a movie icon. She was no classic Hollywood beauty, and flatly refused to comply with the ideals of the studios, once claiming: ‘Hollywood wanted me to be pretty, but I fought for realism.‘

No demure, compliant cinematic heroine, Davis’ beauty lay in her power and magnetism on the screen. Often playing headstrong and neurotic characters, she never turned down a part to appease her vanity and positively reveled in playing extreme emotions on the screen.

Whether with a sleek blonde bob in the 1930s or longer brown curls in the 40s, Bette Davis exuded a confidence and style which were all her own. She had a simplicity in dressing which feels very genuine and must have been a breath of fresh air compared to the manufactured larger-than-life perfection of other actresses in the studio era.

Bette Davis in the 1934 movie Of Human Bondage