Beauty in the 1940s was a strange mixture of glamour and practicality. Despite harsh rationing and shortages of makeup and soap women were encouraged to look their best to help keep up morale. Here’s my guide to getting your 1940s makeup right. Let me know if you think I’ve missed anything out!

During the 1940s foundation and base were hard to come by (unless you were one of the yellow-skinned ‘canaries’ who worked in the munitions factories) so the face was left natural with perhaps just a light dusting of powder if it was available.

Brows in the 1940s were groomed and darkened but not overly so. Compared to the extreme eyebrows of the 1930s (where eyebrows were overplucked and a fine line was drawn on) and the 1950s (where statement eyebrows ruled), the brows of the 40s were arched and strong but much more natural.

Eye makeup in the 1940s tended to be light, partly because of the shortage of cosmetics, but also because there was such an emphasis on wearing bright lipstick. Wear mascara and line the eyes lightly with kohl, but nothing too heavy.

Lips were the main focus of 40s makeup. Wearing red lipstick wasn’t just fashionable, it became a matter of national pride. Women were encouraged to wear patriotic shades such as ‘Victory Red’ to show their support for the troops and also keep up morale.

The top lip shape was altered to make the cupids-bow wider and flatter than natural giving that typical 40s lip-shape.

Curly hair was all the rage in the 1940s, so girls who weren’t naturally blessed with waves would rag their hair overnight to get the desired effect.  With many women working in factories the up-do became very popular to keep hair out-of-the-way of the machines, especially patriotic hair styles like ‘Victory Rolls’ which looked great and showed your support for the war effort at the same time.

If you don’t have time to rag your hair or have a full 1940s hair style, why not opt for a turban or snood – both of which covered all of the hair except the fringe and are easy to wear.

If you’d like more inspiration take a look at this gallery of models and movie stars from the 1940s to see how each of them wore 40s makeup, and don’t forget to check out my 1920s, 50s and 60s makeup posts too! 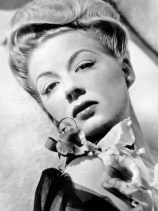 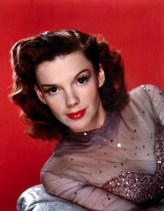 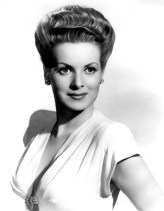 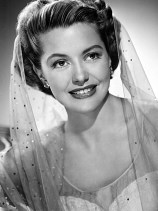 One thought on “Beauty and the Blitz: How to Wear 1940s Makeup”