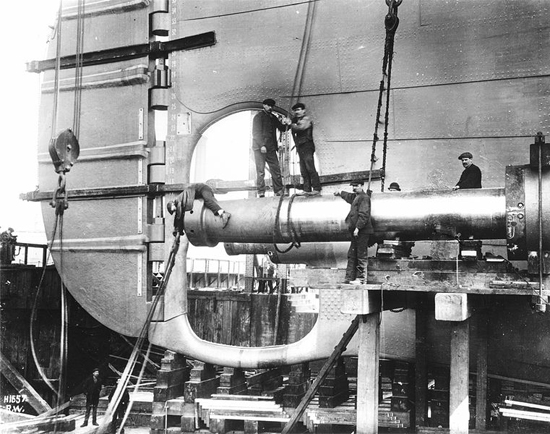 We all know the story of the ill-fated maiden voyage of the Titanic. At least I assume we do,  I can’t imagine there’s anyone out there who doesn’t know the story, but just in case here’s a brief recap of the tragic tale with a few facts you might not know.

The RMS Titanic was a British passenger liner that sank on its maiden voyage in 1912 between Southampton and New York when it hit an iceberg causing the deaths of over 1,500 people in the icy waters of the Atlantic. Built by White Star Line it was the largest ship afloat at the time and was given the unfortunate moniker ‘the unsinkable ship’.

We’ve all watched the DiCaprio and Winslet movie of Titanic, but did you know that the first film made about the disaster, called Saved from the Titanic, was released less than a month after the Titanic sank and starred an actual survivor – British silent movie actress Dorothy Gibson. James Cameron’s romantic epic was more successful, but the original movie (sadly lost now) is known for being a much more historically accurate account.

One of the main reasons for the high death toll was the lack of lifeboats – there were only 20 lifeboats on board – enough for half the number of people onboard that day – a problem which was made worse by the fact that the staff were untrained in emergency procedures and because of this many of the early lifeboats were launched only half-full.

Luckily that prestigious first voyage wasn’t actually full to capacity, if it had been there would have been an additional 1115 passengers on board making the death toll almost double.

Still the numbers are sobering, especially if you take a look at the numbers of Third Class passengers which were lost, a horrifying 66% of children, 54% of women and pretty much most of the men on board regardless of the class they travelled in.

Above: RMS Titanic’s propeller shaft installation (health and safety would just have a fit at that today wouldn’t they!) 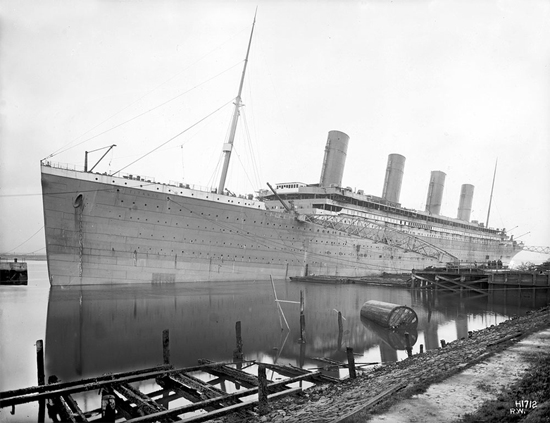 RMS Titanic prior to painting, and prior to the A-deck promenade’s being enclosed. 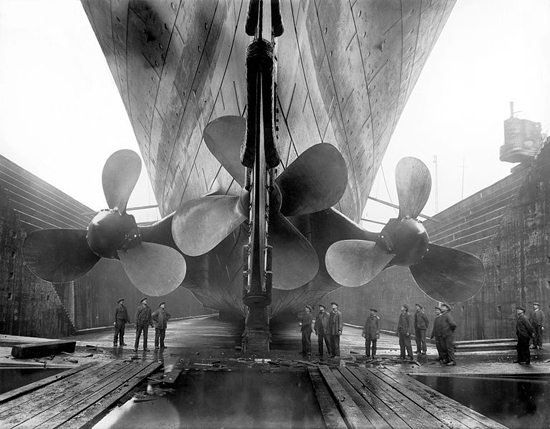 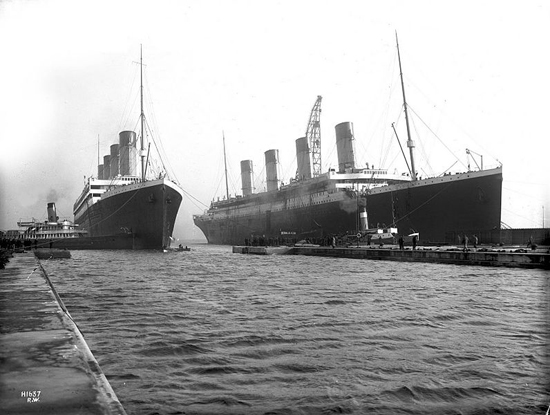 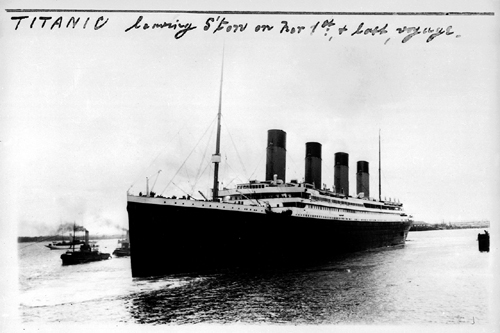 The Titanic leaving Southampton on its first and last voyage 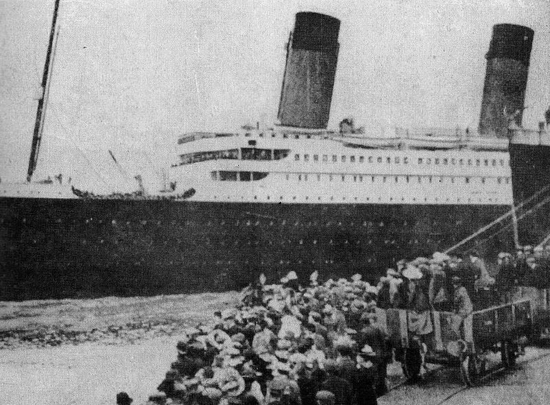 The Titanic departing from Southampton 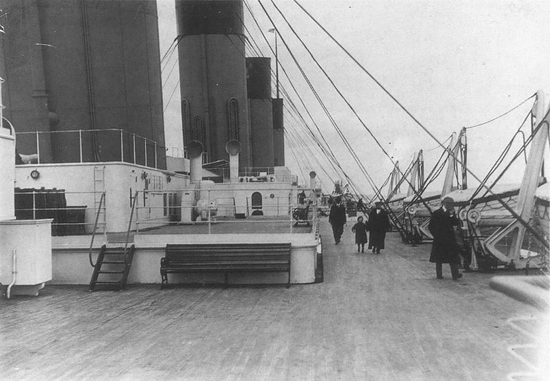 Passengers walking on the deck of the Titanic, 11 April 1912 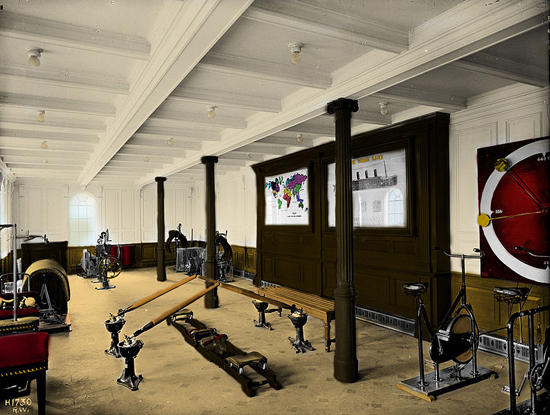 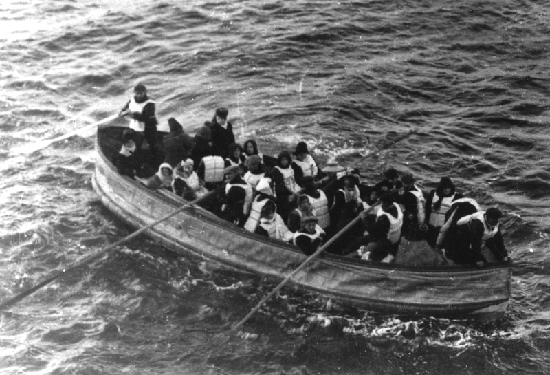 The last lifeboat, filled with Titanic survivors. This photograph was taken by a passenger of the Carpathia, the ship that received the Titanic’s distress signal and came to rescue the survivors. It shows the last lifeboat successfully launched from the Titanic. It is a collapsible lifeboat with canvas sides. 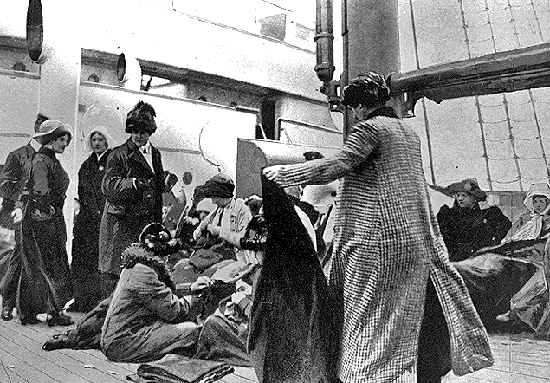 Titanic survivors on board the Carpathia 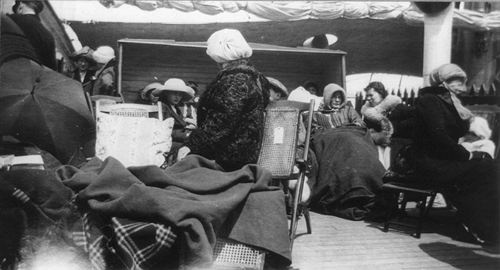 Group of survivors of the Titanic disaster aboard the Carpathia after being rescued. 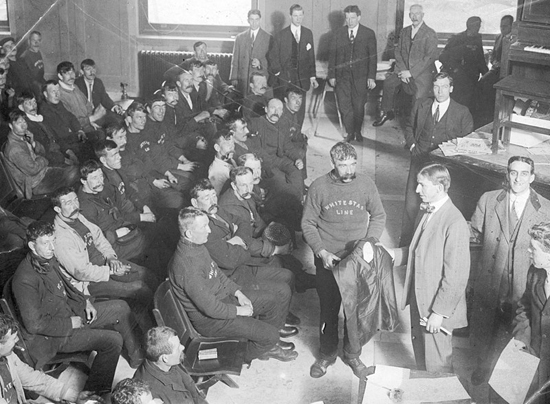 Rescued crew members from the RMS Titanic being given dry clothes in New York City, 1912. 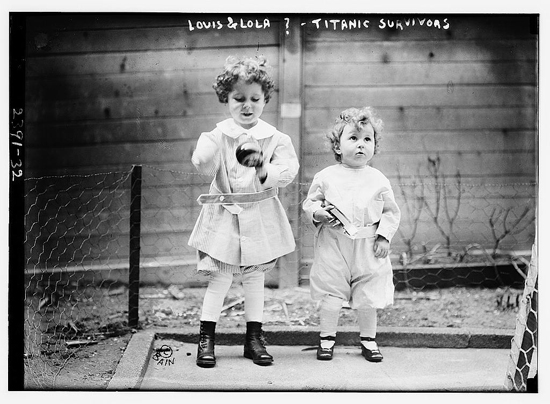 Two lucky survivors of the TitanicL Louis and Lola 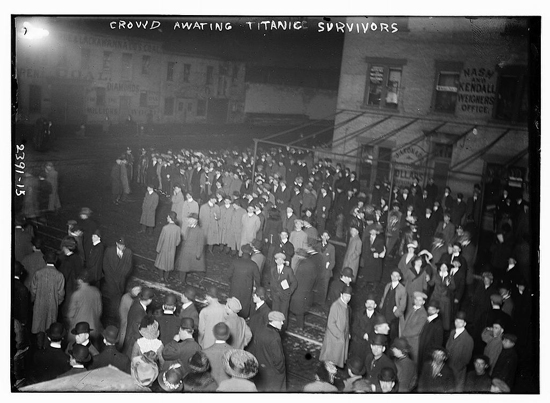 Crowds waiting for Titanic survivors to be brought on the Carpathia 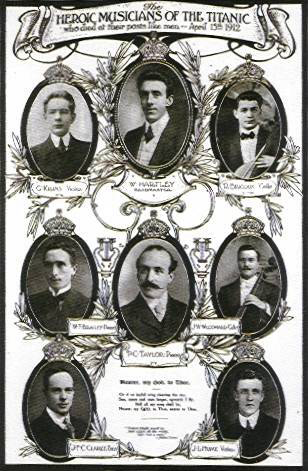 Photographs of Titanic’s musicians published by the Amalgated Musicians Union after the sinking, who kept playing as the ship sank.

2 thoughts on “15 Moving Photos of the Titanic”