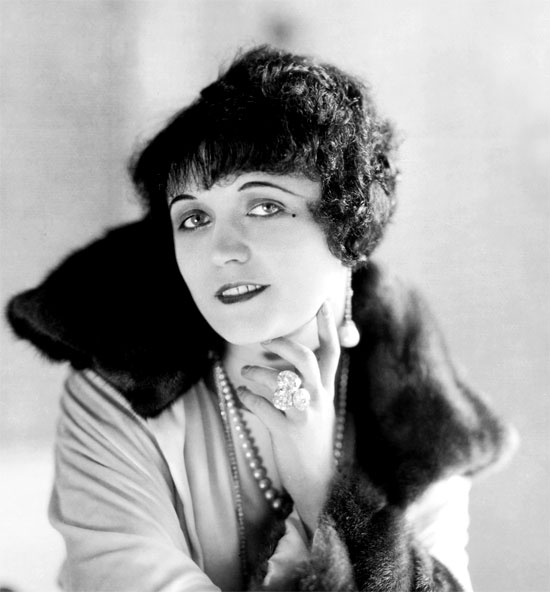 Pola Negri was a Polish silent movie star of the 1920s. She was famous for both her roles as a femme fatale and her tragic roles and, ever the drama queen, she never hesitated to use her personal life to boost her career having high-profile relationships with some of the biggest movie stars of the silver screen.

Born Apolonia Chałupiec, she trained as a ballerina in Poland and she first starred in silent movies in Germany before being scouted and moving to Hollywood.

She enjoyed huge Hollywood success, and was one of the most popular, and well-paid women in movies at the time. Not one for understatement, she even lived in a mansion in LA modeled on the White House. An incredibly ambitious woman, Negri had high profile movie-star lovers from Charlie Chaplin to Rod La Rocque and most famously Rudolph Valentino.

When Valentino died suddenly aged just 31 Pola demanded that the coffin be smothered in white flowers with the name POLA spelled out in red roses. The family refused, but she made a huge scene at his funeral. Dressed in long black veils she threw herself, weeping and feinting, onto Valentino’s casket and claimed to the assembled press that they had been secretly engaged to be married.

After lying in state so that his public could grieve and following his funeral in New York Valentino’s body was taken by train to Hollywood, stopping off at all the major cities on the way.  Ever the consummate actress, Pola repeated her grief-stricken feinting routine throughout the tour and again at his Hollywood funeral.

The public was horrified by her histrionic behavior and dismissed it as a publicity stunt, something which was only confirmed when she married Georgian prince Serge Mdivani less than 9 months after Valentino’s death.

She retired briefly in 1928 but returned and continued to work throughout the 1930s and 40s.

Pola Negri will perhaps be remembered mainly for being a self-publicizing diva, but she also brought a level of sophistication and passion to the silent movies, which American actresses just hadn’t possessed before her arrival. 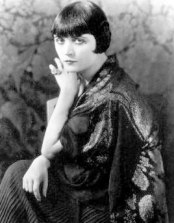 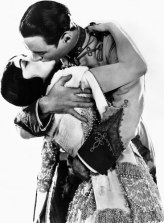 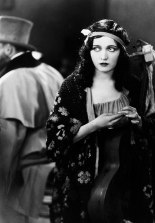 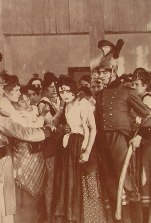 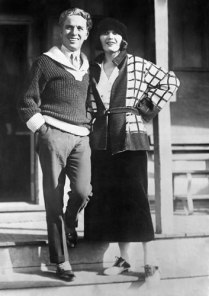 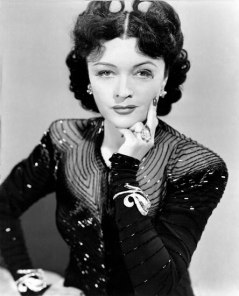 Pola Negri in a publicity portrait from Hi Diddle Diddle (1943). 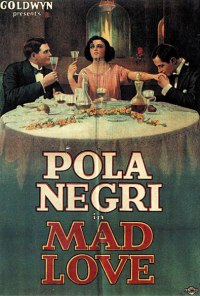 1923 US lobby card for Mad Love, the U.S. title for the German film Sappho (1921) starring Pola Negri and Alfred Abel 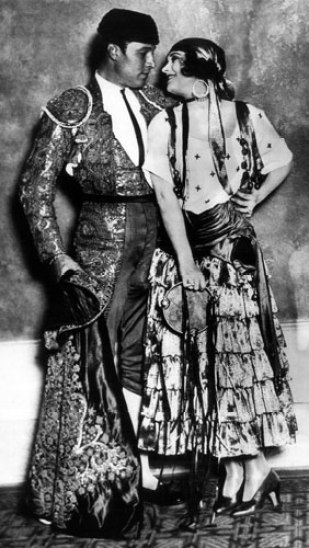 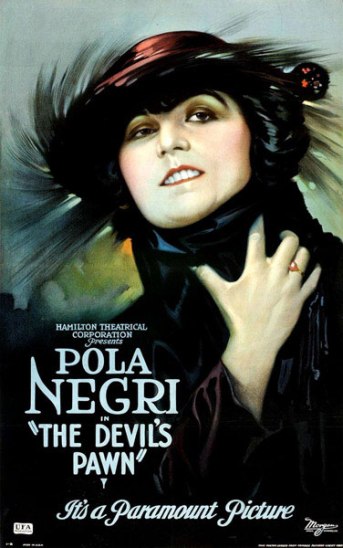