A tale of savagery, seduction and Stockholm Syndrome amongst the sand dunes…

The Sheik, a silent-movie from 1921, is widely-regarded as the movie that really established Rudolph Valentino to stardom, so I thought I should give it a watch and boy was it a revelation! 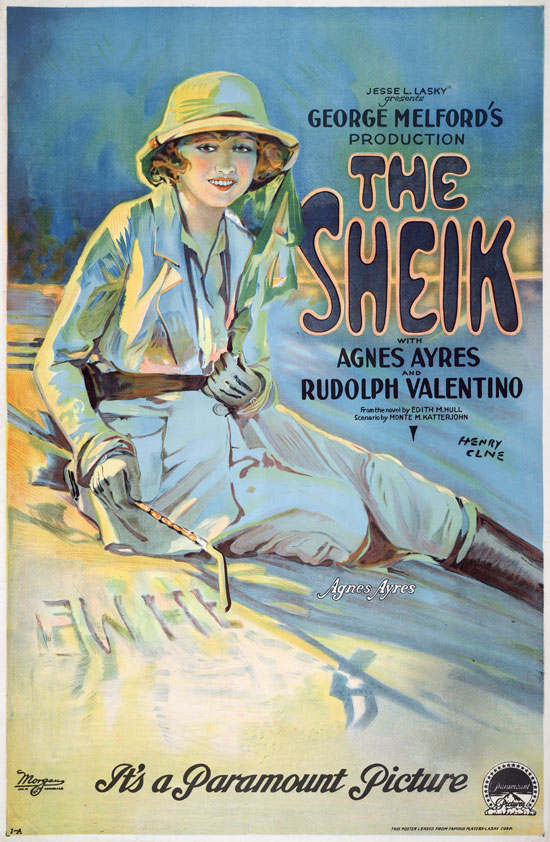 Watching silent movies is a funny old business, and I rather enjoy the total concentration that it demands from you. It’s a bit like watching one of those foreign BBC4 dramas (Inspector Montalbano, Salamander, Borgen etc) which I find myself being gripped by because you can’t text, surf the web or chat while you’re watching it, you need to concentrate on the subtitles to work out what’s going on! Silent movies are kind of the same – you can’t just listen and dip in and out of it, you need to give them your full attention meaning you get more immersed in the story.

The Sheik was a hit movie in the early 1920s, and is just as watchable today. You can see that the movie makers struggled to strike the ‘right balance’ between their romantic hero being exotic and exciting whilst at the same time making him acceptable to the mainstream audiences (by making him educated in Paris, and then revealing in one of the final scenes that he was actually the child of 2 westerners who got killed on a trip through the desert, who got adopted and raised by the local Sheik). 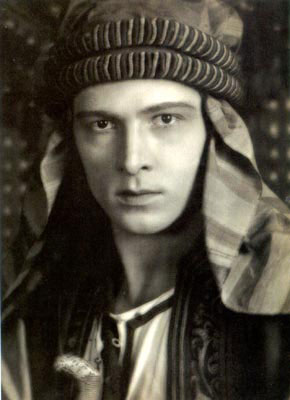 Rudolph Valentino as The Sheik. Well you just would, wouldn’t you.

While this does make you roll your eyes at some of the casual racism of the past, it doesn’t prevent this from being a cracking love story.

The heroine of the piece is Agnes Ayres, who plays a headstrong (and rather foolish) independent lady who decides to go on an unchaperoned tour across the Sahara with just local guides. The evening before she leaves she is outraged that the local casino has been reserved for Arabs only and sneaks in dressed in the costume of one of the local dancing-girls. She gets discovered, after finding out that the local men are gambling for new wives, and is narrowly escapes the same fate by being rescued and escorted out by the Sheik (Valentino). He becomes captivated by her and hatches a dastardly plot once he finds out about her lone trip across the desert.

He serenades her at her bedroom window (you can tell he’s singing because the words are in italics – I love that!), and then abducts her on her trip the following day. 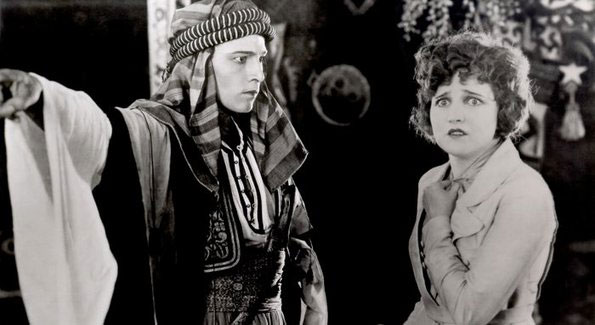 He’s used to getting what he wants, she’s used to doing what she wants. Typical rom-com material. You can imagine it being re-shot (less successfully) with Tom Hanks and Meg Ryan.

To cut along story short, he keeps her captive, she tries to escape, he threatens to force himself on her (without much real threat of this happening), she resists, he falls in love with her, he becomes horrified at his ‘savage’ actions, she falls in love with him (let’s gloss over the possibility that this might be Stockholm syndrome), a terrible bandit then captures her and she’s rescued by the Sheik who is wounded heroically. They confess their love and live happily ever after.

There’s quite a bit of maniacal eye-rolling from Valentino in the early scenes when he’s being savage and passionate, but that aside it’s a great movie and I can totally see why female movie audiences across the world fell madly in love with him. I can also see why husbands around the world resented him and his charms – I’d totally fall for them, he certainly cuts a very dashing figure in his costume! 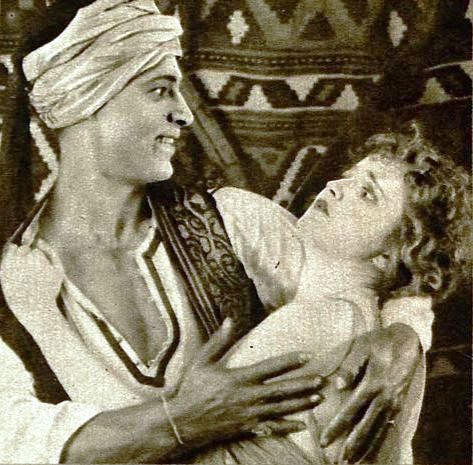 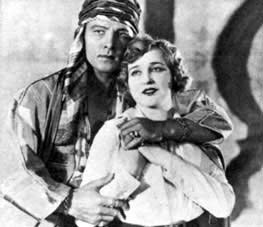 Happily ever after, ahhhh….

You can watch the movie below, although I definitely recommend getting a proper copy and watching it on the biggest screen possible!

3 thoughts on “The Sheik (1921): The Movie that Shot Rudolph Valentino To Stardom”