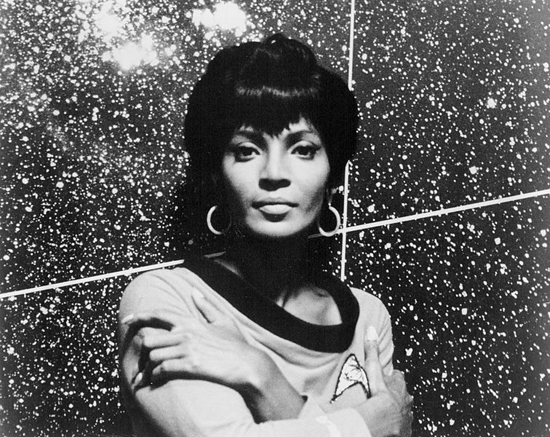 Actress and singer Nichelle Nichols is best known as the fabulous Lieutenant Uhura in the 1960s Star Trek series. Her role was groundbreaking at the time as she was one of the first black women featured in a prominent role in a major TV series.

When she considered leaving the series to pursue a career on Broadway she was personally asked to stay by Martin Luther King because she was providing a vital role model to black children and young women in the US.  She also broke a taboo when she famously kissed Captain James T. Kirk in the first inter-racial kiss on US television (it seems very strange to think how groundbreaking that was now doesn’t it?).  You can see that iconic clip below.

After Star Trek was cancelled in 1969 she worked with NASA helping them recruit minority and female personnel for the space agency which was very successful.

She also starred in a further 6 Star Trek movies, voiced the animated series and has worked extensively with NASA and to further space exploration.

I just remember wanting to be her as I was growing up. Not only did she look amazing, she had the coolest job and got to snog Captain Kirk! Fabulous! 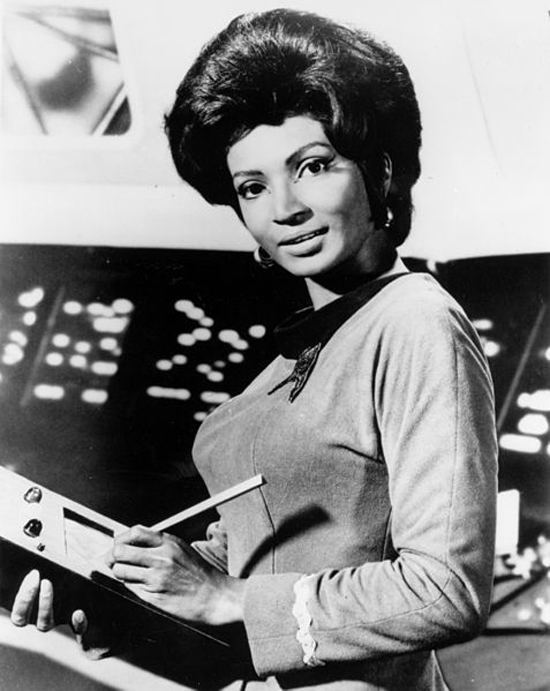 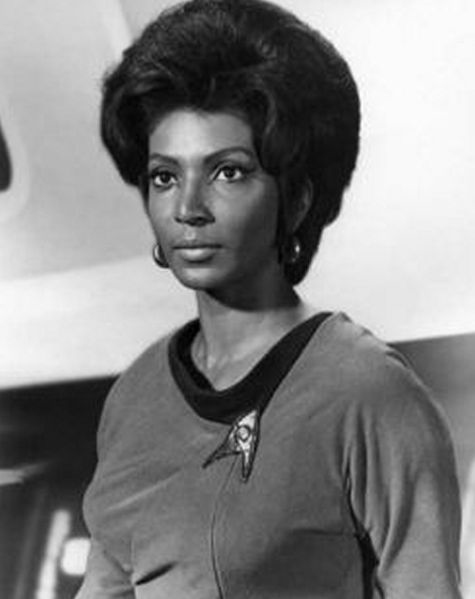