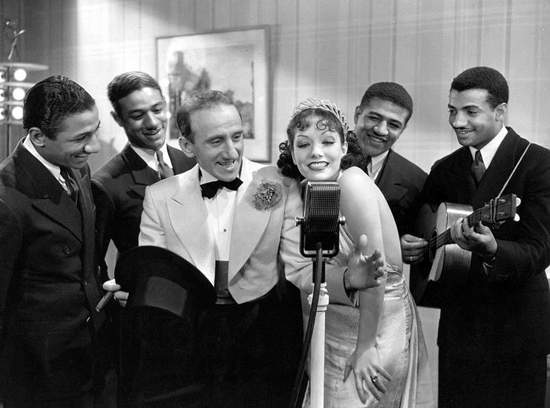 Lupe Vélez was one of the very first Mexican actresses to have a successful Hollywood career in the 1920s and 30s. She was extremely popular but died tragically young at the height of her career aged just 36.

Above: Photo of Jimmy Durante, Lupe Vélez and the Mills Brothers from the 1934 film Strictly Dynamite.

Born María Guadalupe Villalobos Vélez she started her career as a Vaudeville dancer in Mexico and eventually moved to America to work first in silent movies, and then in talkies in the 1930s.   With the nickname “The Mexican Spitfire” and “The Hot Pepper” she often starred as explosive, rebellious, latin beauties in comedies and was very popular especially with Hispanic audiences. 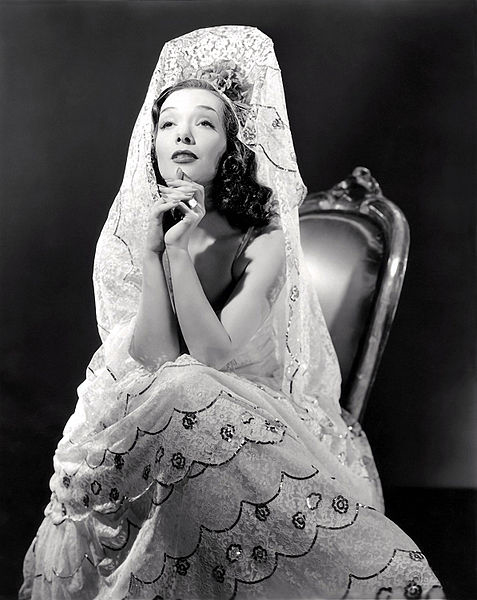 In contrast to Delores Del Rio, another Mexican actress of this time who portrayed elegant , sophisticated women, Lupe was wild and untamed. She had highly publicized affairs with prominent leading men of the time including Gary Cooper (super dooper), Clark Gable, Charlie Chaplin and Errol Flynn. 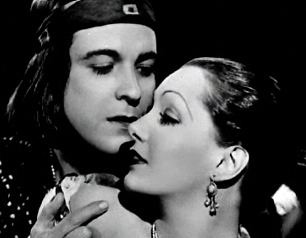 No, it’s not Rudolph Valentino, it’s Ramon Novarro who tried to fill Valentino’s shoes after his death. With Lupe Velez from the film Laughing Boy

Lupe’s death was as dramatic as the characters she portrayed in her movies. Tricked into pregnancy by a man she believed would marry her, she committed suicide (by taking over 580 sleeping pills) in 1944 when she was 7 months pregnant. Reports at the time stated she committed suicide because she unable to face the shame of having a baby out of wedlock, although evidence also suggests she may have suffered from bipolar disorder. 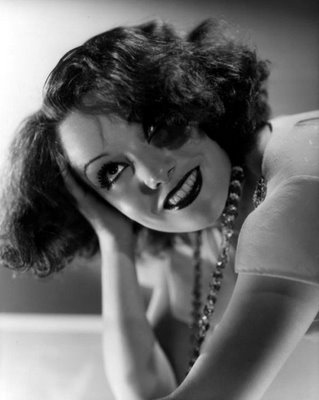 Image source and copyright: 1, 2, 3, 4, This work is in the public domain in that it was published in the United States between 1923 and 1977 and without a copyright notice.