There were some great movie actors around in the 1940s, it truly was the golden age of cinema! Here are my top 10 leading men of that decade – have I missed anyone crucial out?

Bogart was ranked the greatest male movie star in history by the American Film Institute, and he made the majority of his movies during the 1940s. Major movies from this decade include the Maltese Falcon (1941), Casablanca (1942), To Have and Have Not (1944) and The Big Sleep (1946).

Below: Bogart and Bergman from Casablanca 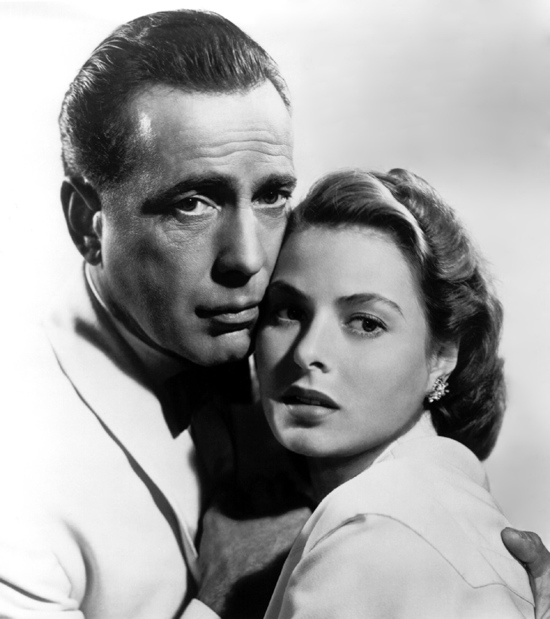 Citizen Cane (1941) is widely regarded as one of the best movies of all time so I have to include Orson Welles in this list! 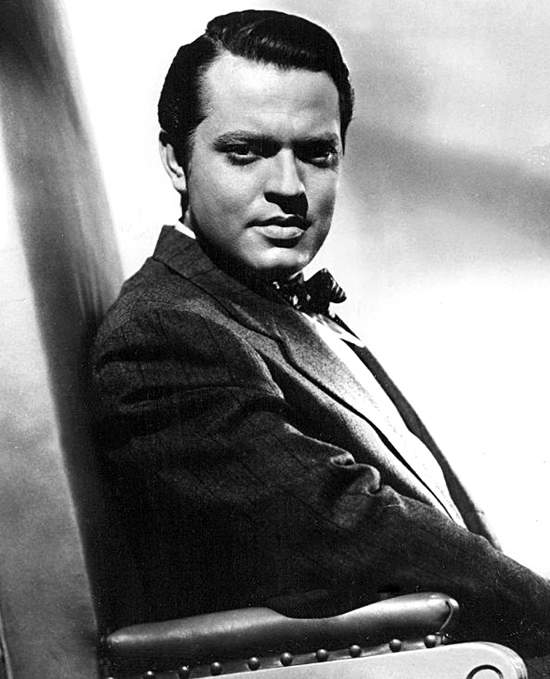 Kelly was perhaps the biggest musical star of the late 1940s and early 50s. Combining dancing with sex appeal he starred in some real blockbusters including: Anchors Aweigh (1945) – the movie where he famously danced with Jerry Mouse, Ziegfeld Follies (1946) and Easter Parade (1948) 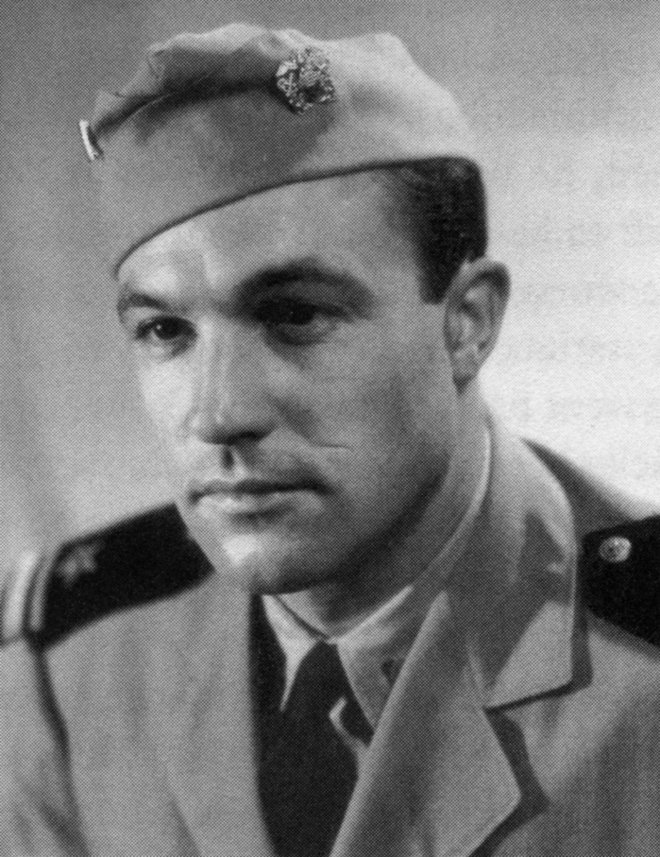 Archibald Alexander Leach was one of the most charismatic leading men of the 1940s. He was named the second greatest male star of all time behind Humphrey Bogart. When asked about his success he famously quipped: “Everybody wants to be Cary Grant. Even I want to be Cary Grant.” Some of the movies he made during the 40s include Hitchcock’s Suspicion (1941), The Philadelphia Story (1940), Notorious (1946), Arsenic and Old Lace (1944), and I Was A Male War Bride (1949). 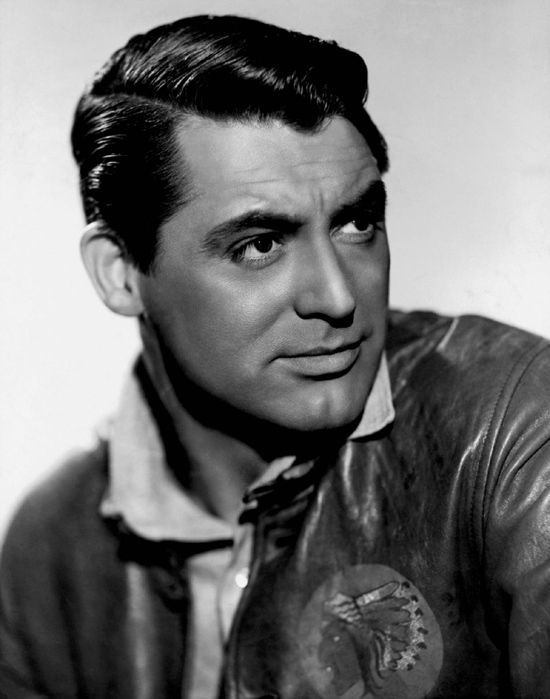 Active and successful in the movie industry across 6 decades Jimmy Stewart made some of his best known movies in the 1940s, including It’s a Wonderful Life (1946) and Philadelphia Story (1940). 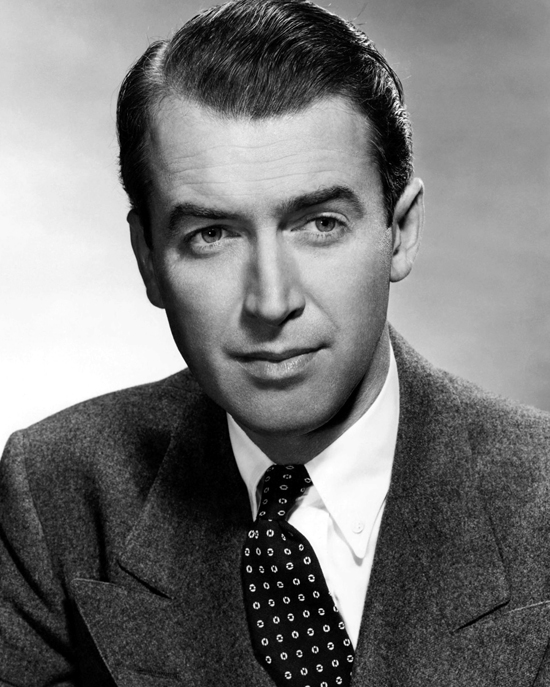 Below: Gregory Peck and Ann Todd in The Paradine Case 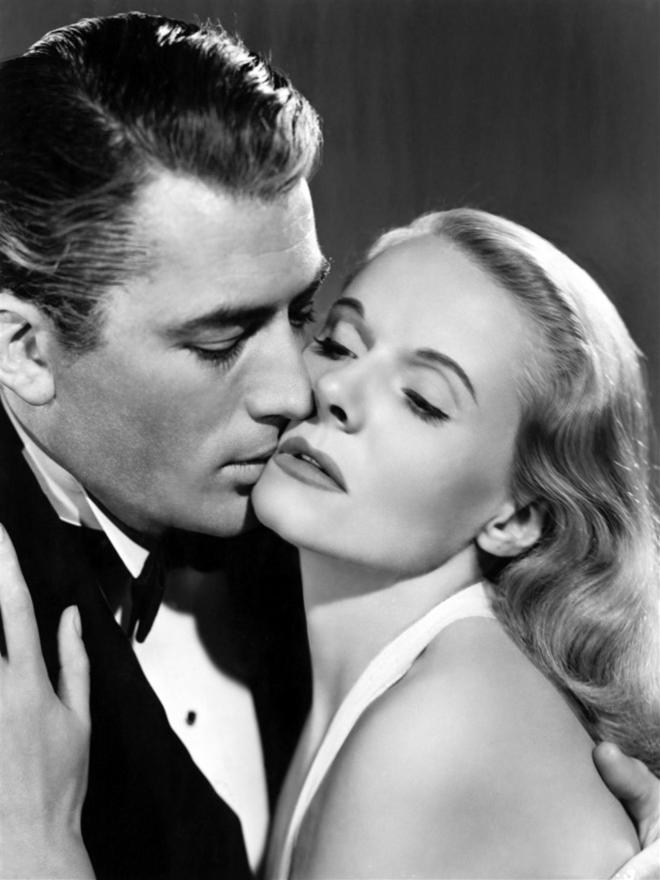 As well as being a popular singer, Bing Crosby was a huge musical star during the 30s and 40s. He made 25 movies during the 1940s including the ‘Road To’ movies with Bob Hope (Road to Morocco, Road to Singapore etc.) 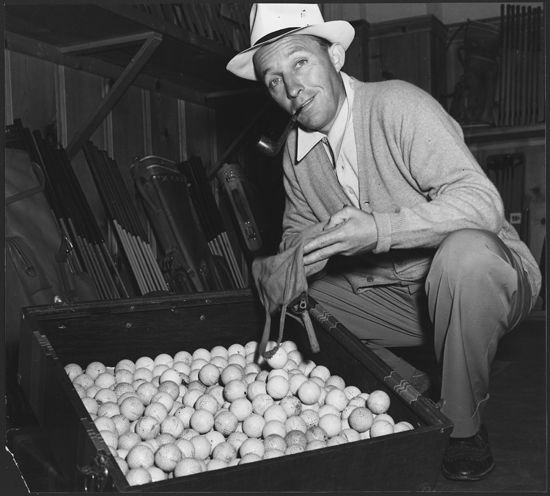 Number 23 on the American Film Institute’s list of the greatest male American screen legends of all time Mitchum made lots of movies in the 1940s mostly in Film Noir. 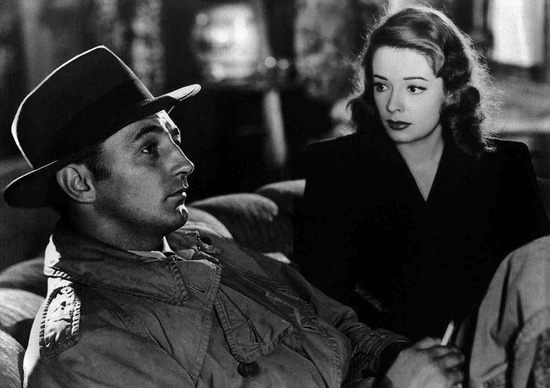 He was nominated for an Academy Award for Best Actor for his role in 1940’s The Grapes of Wrath (1940) and he frequently appeared in war movies and Westerns. 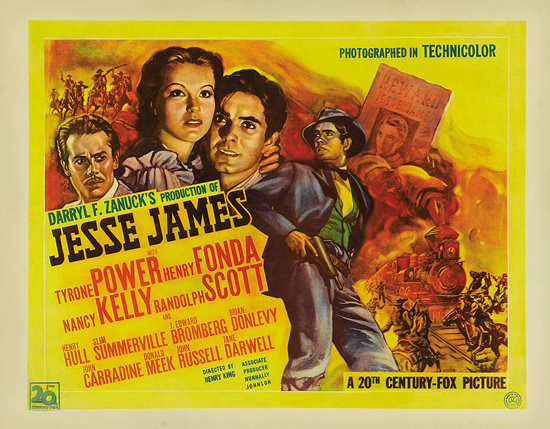 Tracy was one of the top stars of the MGM studios in the 1940s and had a popular partnership with Katharine Hepburn. 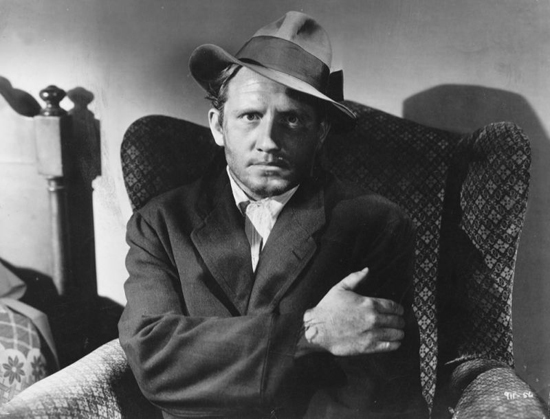 Image source 1, 2, 3, 4, and copyright: 6, 10, This work is in the public domain because it was published in the United States between 1923 and 1963 and although there may or may not have been a copyright notice, the copyright was not renewed.

5, 7, 8, This work is in the public domain in that it was published in the United States between 1923 and 1977 and without a copyright notice.