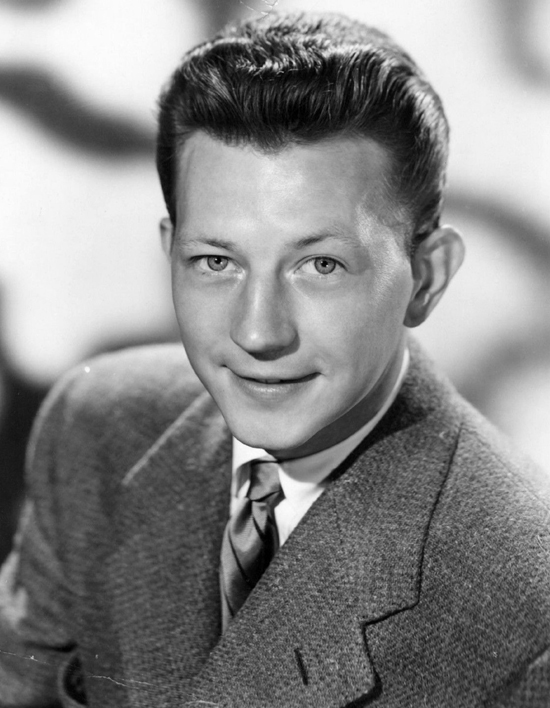 You probably know Donald O’Connor best from the movie Singin’ in the Rain – I know that’s where I first came across him. While I fell madly in love with Gene Kelly, I was wowed by Donald O’Connor running up the wall and in fits of giggles at his fight with the mannequin.  If you don’t know the clip I mean just take a look at this scene below and you’ll understand just why he was so fantastic!

O’Connor was born in 1925 to parents who were vaudeville entertainers. He started his movie career young and appeared in a movie (Sing You Sinners) with Bing Crosby when he was aged just 12. After outgrowing child parts he signed to Universal and starred in B-movie musicals where he became really popular with cinema audiences.

His career soared from the mid 1940s and he won a Golden Globe for Best Performance by an Actor in a  Comedy or Musical for his role in Singin’ in the Rain (above). Apparently he smoked 4 packs of cigarettes a day during the filming of that movie – geez! 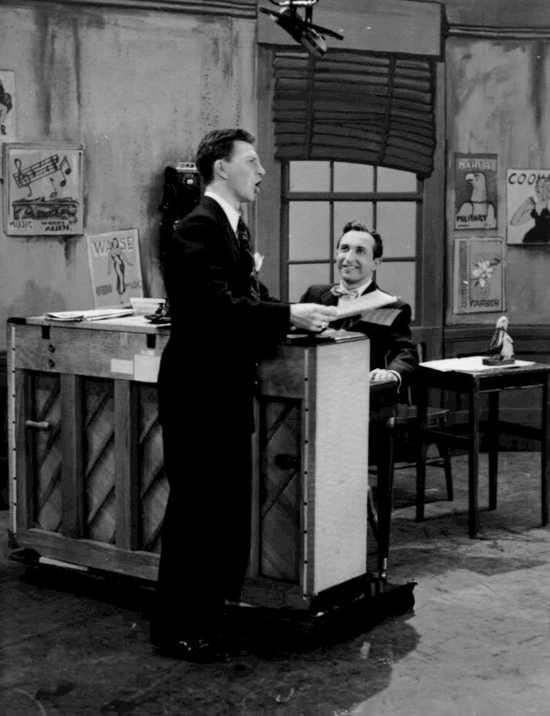 Photo of Donald O’Connor and actor-songwriter Sid Miller (at piano) performing on the television program The Colgate Comedy Hour, 1952

Images source and copyright: 1, 2, This work is in the public domain in that it was published in the United States between 1923 and 1977 and without a copyright notice.