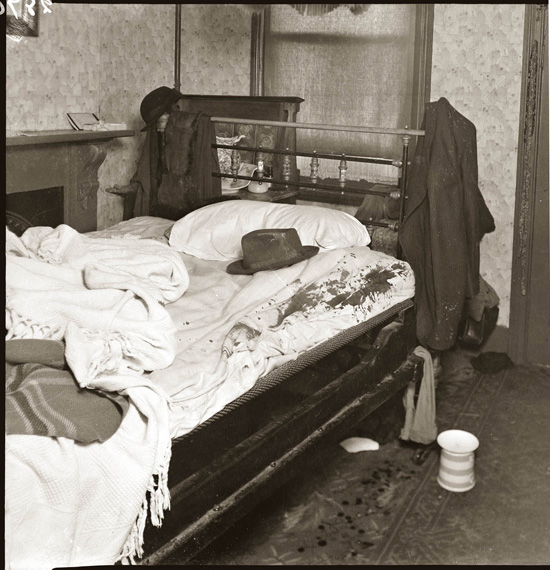 I hope you don’t think these photos are too macabre, but there’s something terribly poignant about seeing these ordinary domestic scenes which have been turned upside down by a tragedy or a moment of rage. Somehow the fact that the pictures are in black and white makes them more interesting, perhaps it gives them a distance from reality which you wouldn’t get if the photo were in colour. What do you think of them? 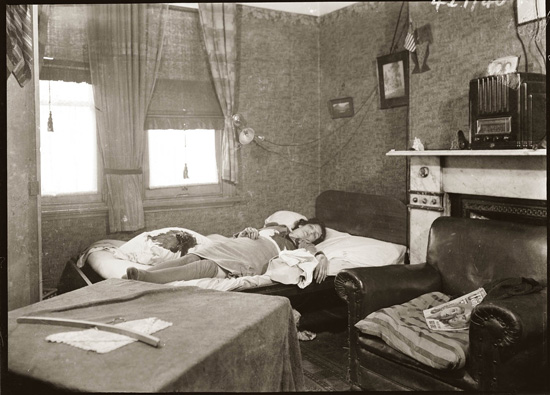 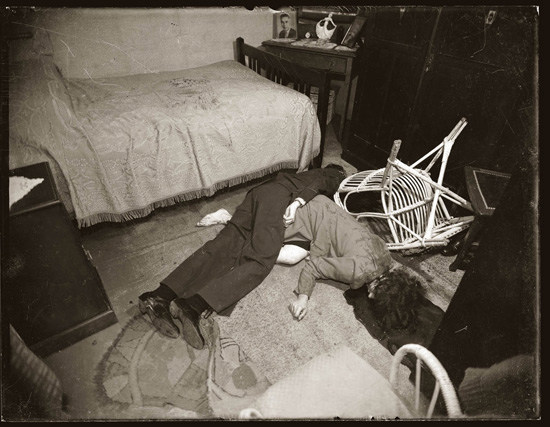 Bedroom, scene of shooting murder of Alice Isabella Anderson by Maurice Reuben John Anderson, and the subsequent suicide of the latter, at 75 Birrell St Waverley, NSW, 2 May 1944. 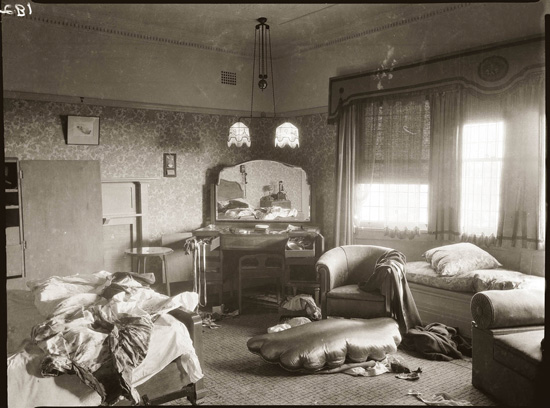 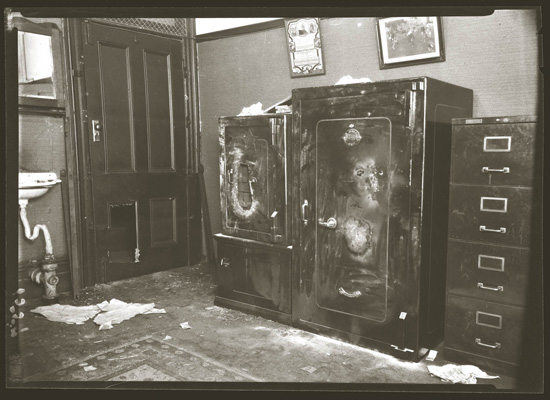 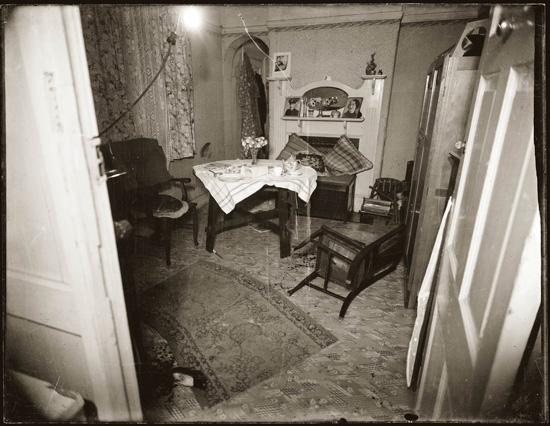 Dining room with blood spatters and signs of struggle, scene of shooting murder of Alice Isabella Anderson by Maurice Reuben John Anderson, and the subsequent suicide of the latter, at 75 Birrell St Waverley, NSW, 2 May 1944. 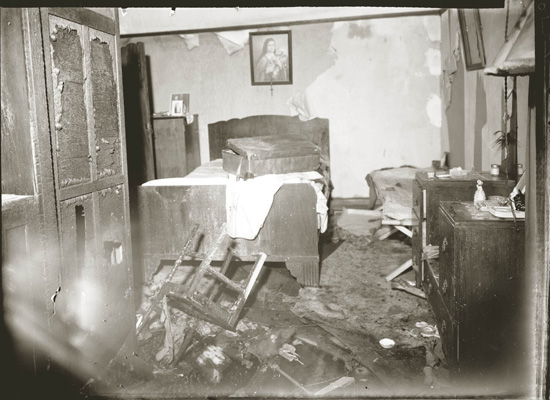 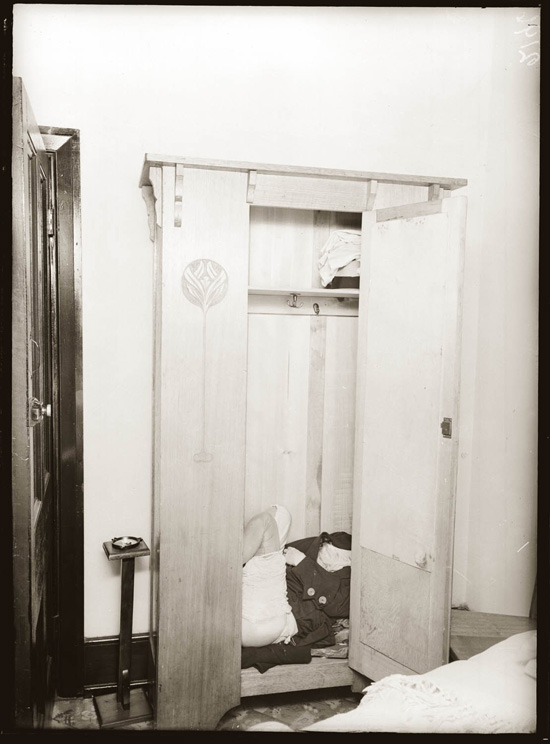 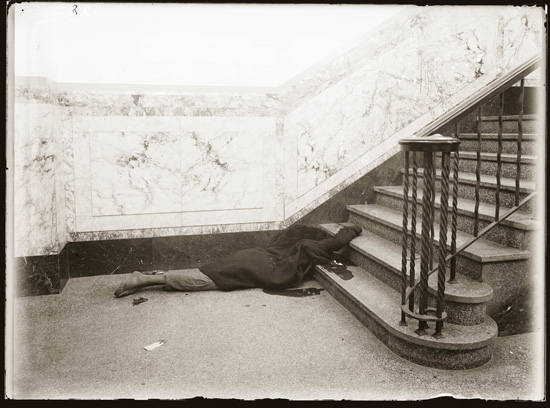 Lobby of apartment building, with corpse at base of stairs. Details unknown, around 1938. 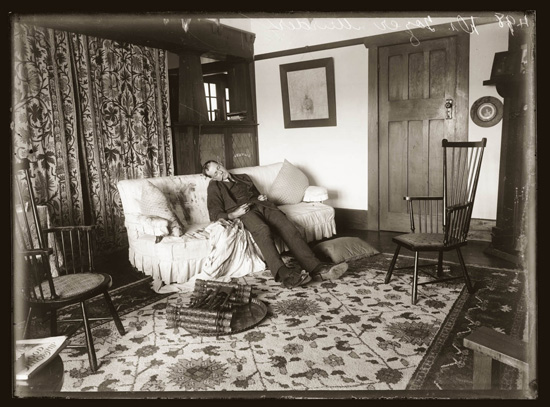 Scene of the shooting murder of Dr Claude Tozer, at the home of Dorothy Mort, Lindfield, NSW, 21 December 1920.