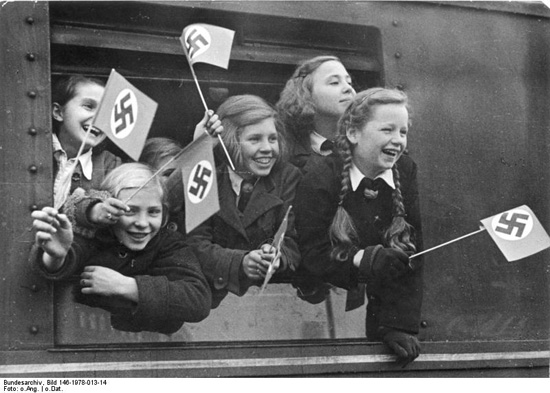 When you think of 1940s fashion, you probably think of tailored looks, tea dresses, victory rolls and red lipstick (even after makeup the had run out), but fashions were very different in Nazi Germany.

Hitler had a very specific idea of how women should look. He even created a German Fashion Board, the Deutsches Modeamt in an attempt to influence every aspect of how women looked and dressed. In contrast to other fashions in Europe and America, and in particular Paris, Hitler wanted German women to look natural and ‘healthy’ in contrast to stick-thin Parisienne models.  He hated everything artificial, from makeup, to hair-dye and perfume and didn’t approve of women wearing trousers (too manly) or fur (because he thought it was cruel to wear animal fur – a surprisingly liberal attitude for someone who perpetrated genocide…).

German women were encouraged to wear only clothes made by German designers from German-produced materials, with styles harking back to Germany’s traditional fashions, dirndl dresses, bodices and flowing skirts.  Having said this, many of the wives of influential Nazi officials still wore foreign fashions unlike the ones below (I don’t imagine many of them wore the delightful swastika-decorated dresses in the bottom picture, they were generally far too elegant!)

Above: Children being evacuated from Berlin waving Nazi flags. 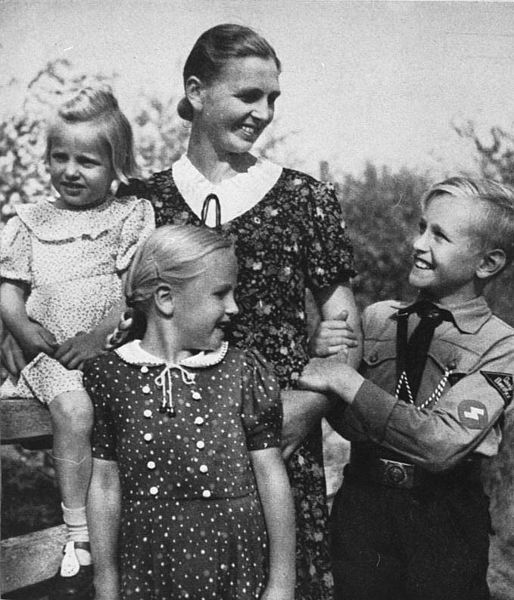 A German mother with her daughters and son in his Hitler Youth uniform. 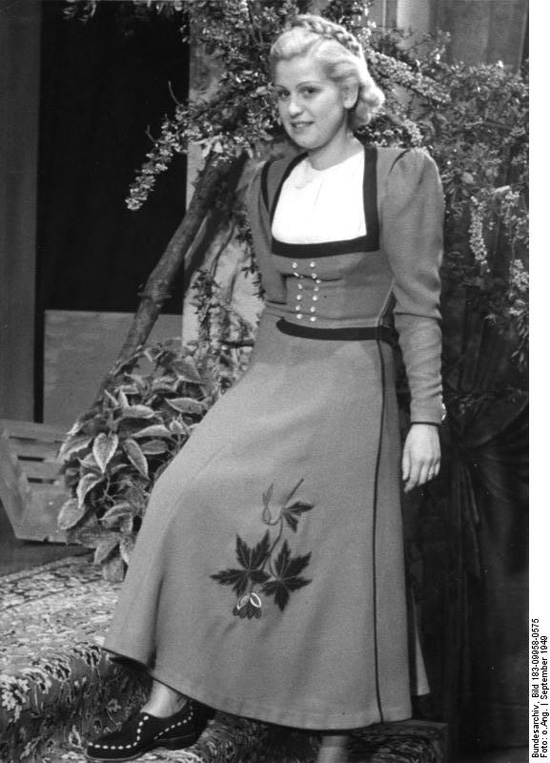 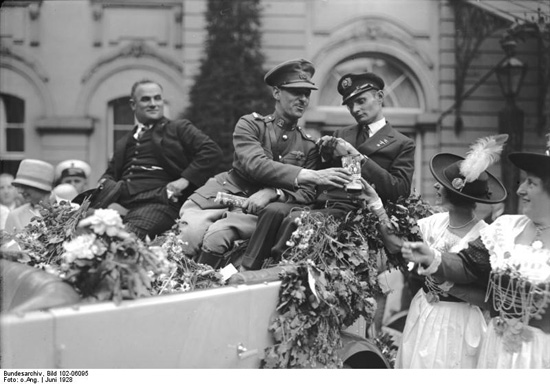 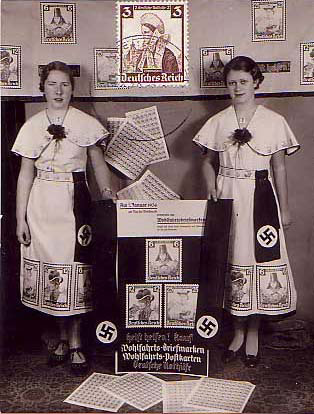 Image source and copyright: 1, 3, 4, 5, This file is licensed under the Creative Commons Attribution-Share Alike 3.0 Germany license.2, This file is in the public domain, because defunct government