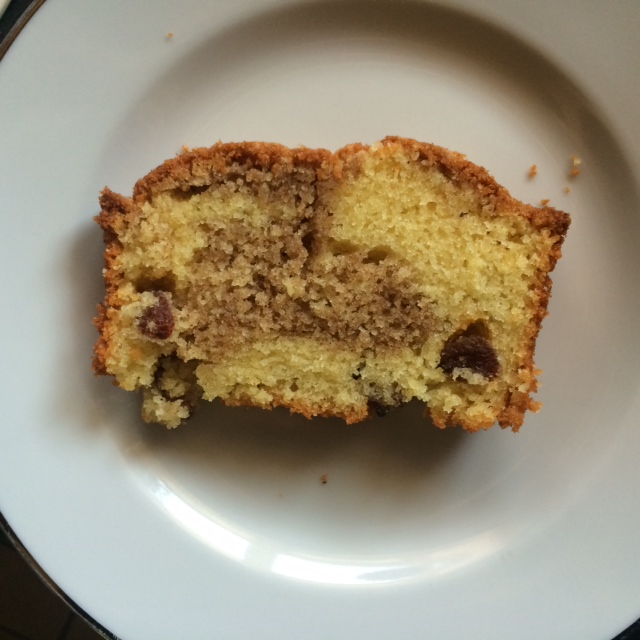 I loved the look of this recipe. It sounded like all my favourite ingredients from a Danish Pastry made into a loaf cake. The only thing missing would be some white icing drizzled along the top which I might try next time. The original recipe is from the Hummingbird Bakery Cakes book, and looks way more spectacular than my version. I think I might have been a bit stingy with the cinnamon so the marbling doesn’t look as good as it should.

I made a couple of other adjustments too. I used creme fraiche instead of sour cream (it’s pretty much the same just lower fat. More to the point it was what I had in the fridge at the time!) and I substituted the raisins with sultanas. The result was delicious and because the cake uses 3 eggs, the sponge has a lovely yellow colour. Well worth a try, I’ll definitely be making it again! 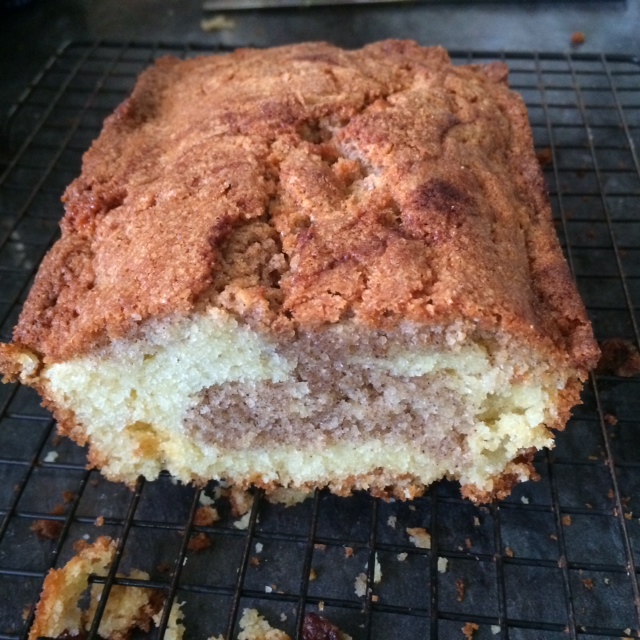 Beat your sugar and butter until fluffy, then add the eggs and flour, baking powder and salt and mix well.   Then add your soured cream and vanilla and mix well.

Spoon half the mixture into the bottom of your loaf tin and mix in the raisins to make one layer. Then add the cinnamon to the remaining mixture and add as a second layer.

Swirl with a skewer to create a marbling effect between the two mixtures and bake for 50 minutes (or until a skewer comes out of the cake clean). 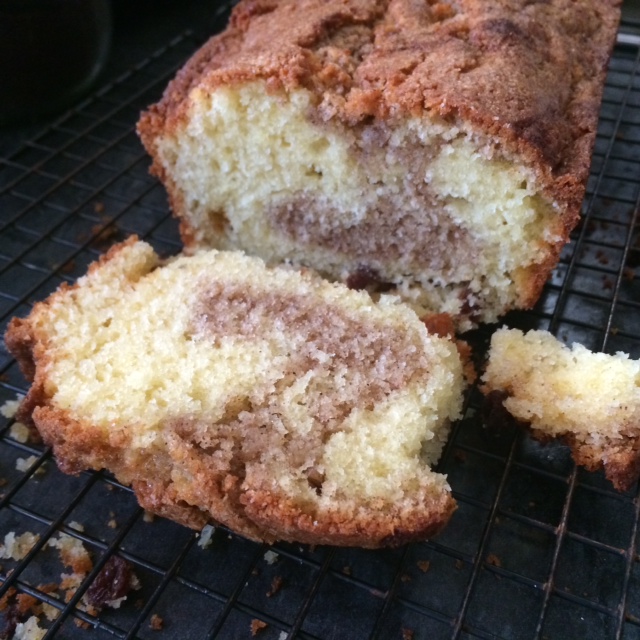 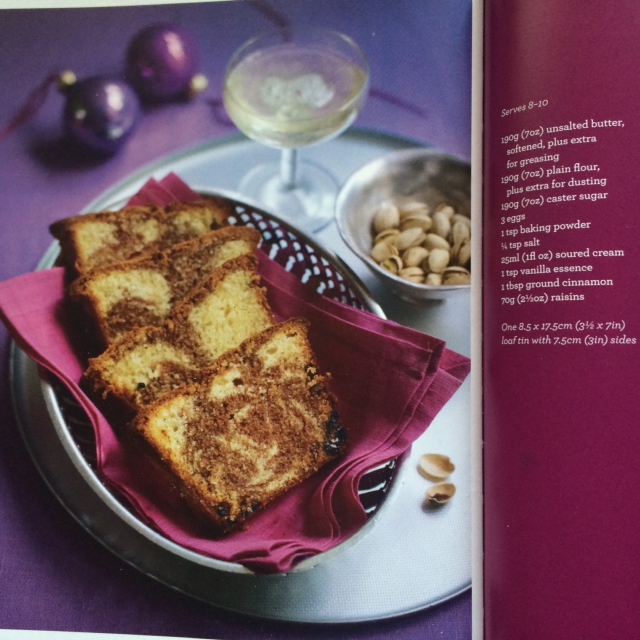 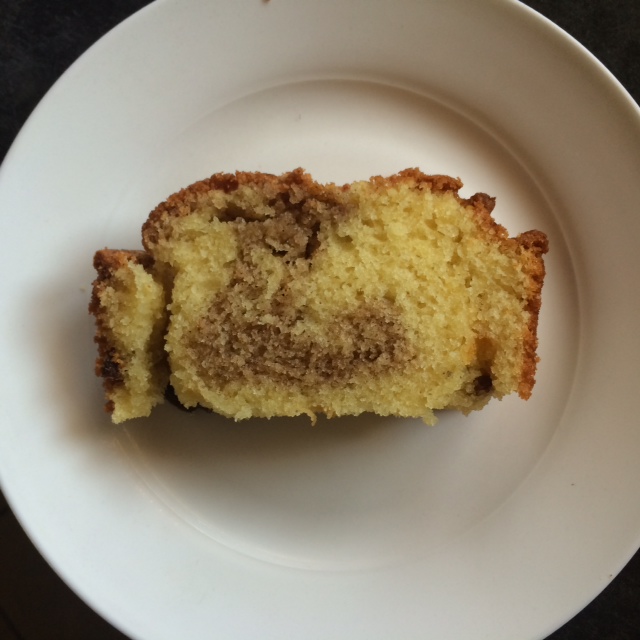 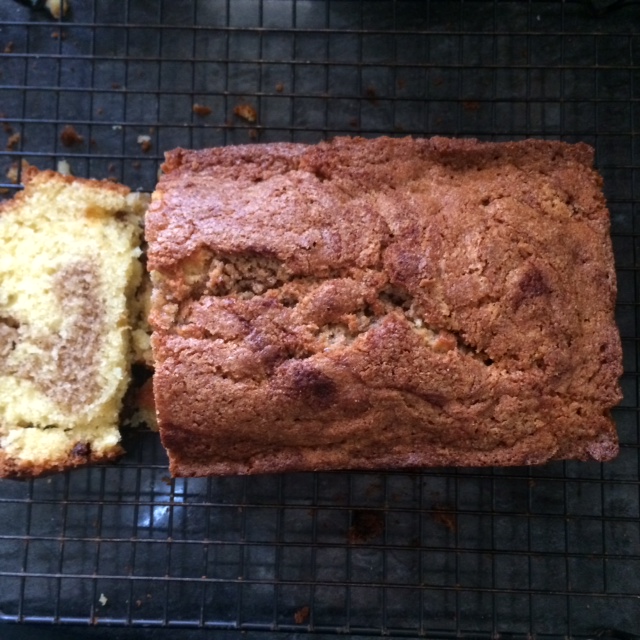