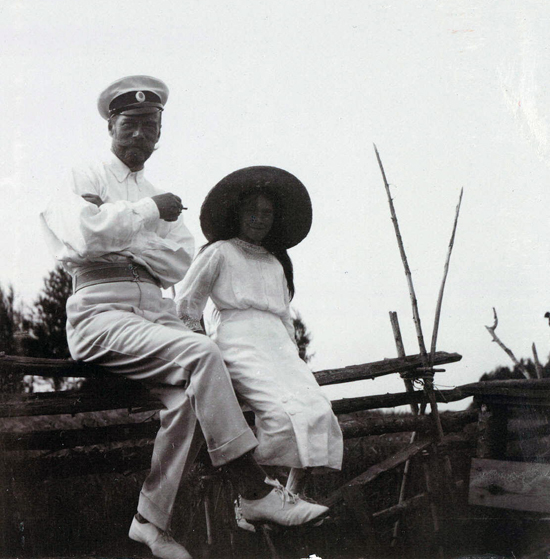 It was fascinating to come across these family photos which make Tzar Nicholas II of Russia look like just a normal family, despite the Tzar constantly wearing a stiff impressive uniform and military hat regardless of whether he’s on a cruise, or playing tennis!  On the subject of outfits, his daughters Anastasia, Tatiana, Olga and Maria always seems to be wearing matching outfits. I wonder whether this was intentional. The youngest child, Alexei, was the heir to the Russian throne and he is always dressed like a miniature version of his father.

The last 3 photos are telling because they are taken after Nicholas II had been forced to abdicate following the Russian Revolution in 1917. The Romanovs were sent to evacuated Tobolsk in the Urals and the whole family was eventually executed in 1918.

The Tzar, his wife and his 5 children were shot along with their doctor and a handful of servants in a basement in Yekaterinburg in the early hours of 17th June 1918.  Rumours that Alexei had somehow survived the shooting persisted until his body was discovered and positively identified in 1991.

Daughters Anastasia, Tatiana, Olga, and Maria survived the first execution attempt. They were wearing some 1.3 kilograms of diamonds and precious gems sewn into their corsets which provided some protection from the bullets. Once this was discovered they were dispatched with bayonets and then shot in the head.

By the way, if you think looks Tzar Nicholas II looks like King George V that’s because they were cousins, as indeed was Kaiser Wilhelm II of Germany. It would seem that most of the European royal families are all related to each other!

My favourite photo is the one of them standing in front of the imperial train (below). Alexei has such a face on him and clearly doesn’t want to pose for a photograph. My son frequently pulls that face in photos! 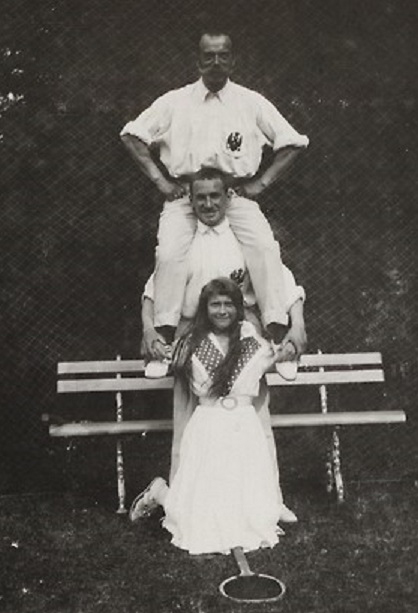 Anastasia Nikolaevna with her father Nicolas II and an officer, 1914 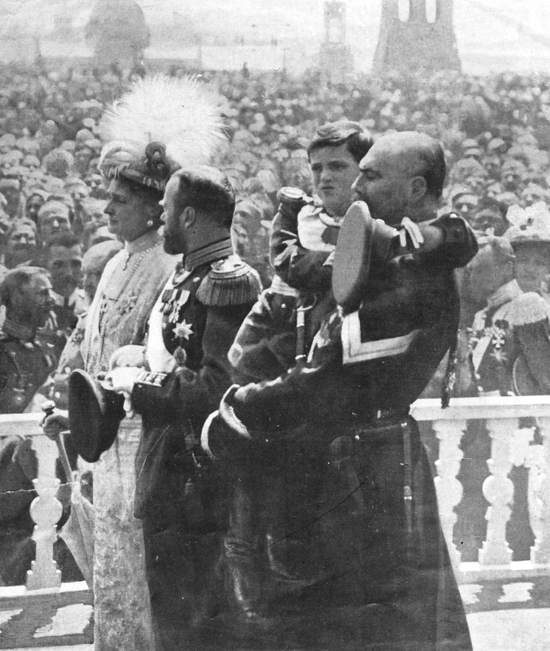 Nicholas II (centre) with his wife Empress Alexandra and their son Alexei (being held by a Cossack) during celebrations at the Moscow Kremlin to mark the Romanov family’s 300 years in power, 1913. Alexei had hemophilia and was frequently very ill. I don’t know whether he’s being carried because he is ill but can’t avoid the ceremony because he is the heir to the Russian throne or because he’s 9 and just tired. I’m guessing the former. 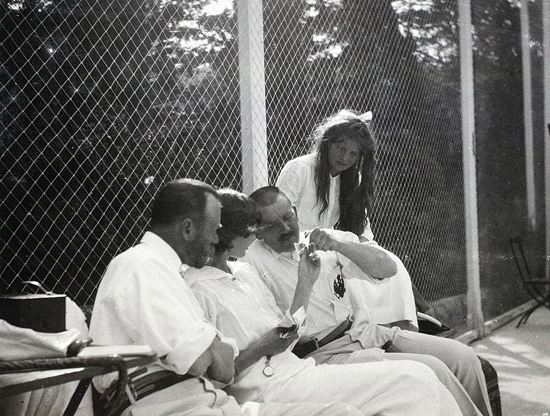 Tsar Nicholas II of Russia with his daughters Grand Duchesses Tatiana and Maria and the officer Rodionov. 1914 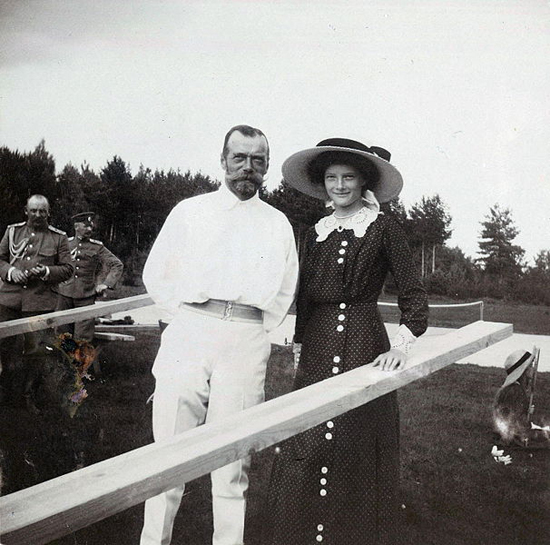 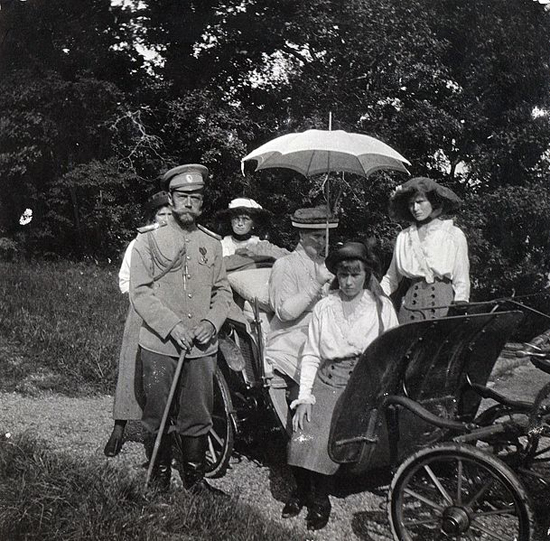 Tsar Nicholas II, Tsarina Alexandra of Russia and their four daughters (in matching outfits) with their car. 1914. 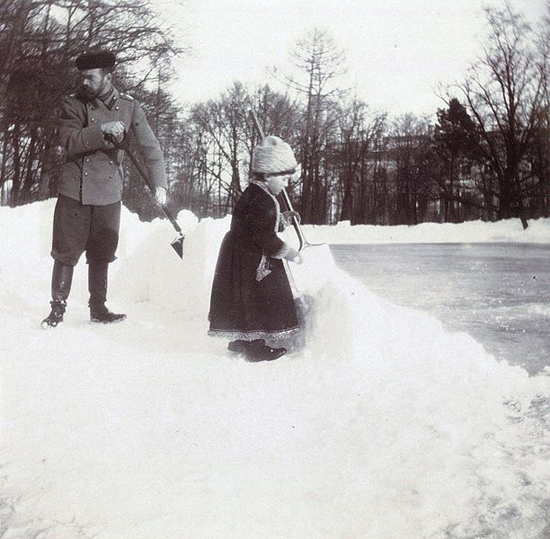 Nicholas II and his son clean snow in Alexander park. 1909 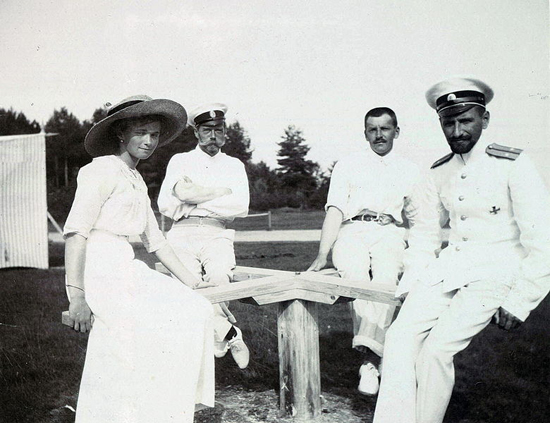 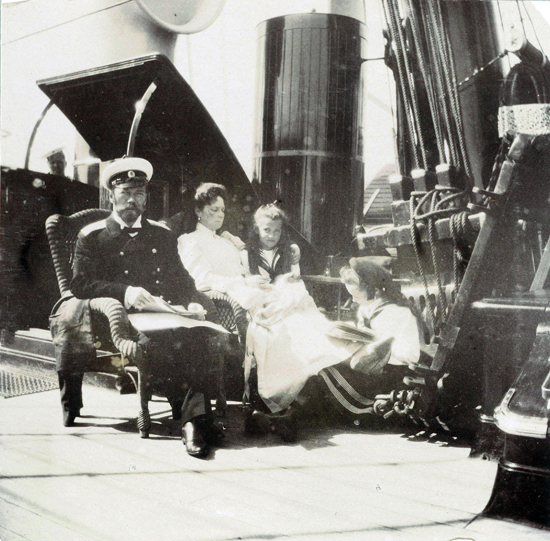 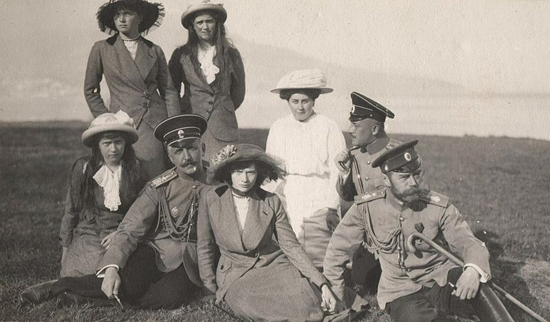 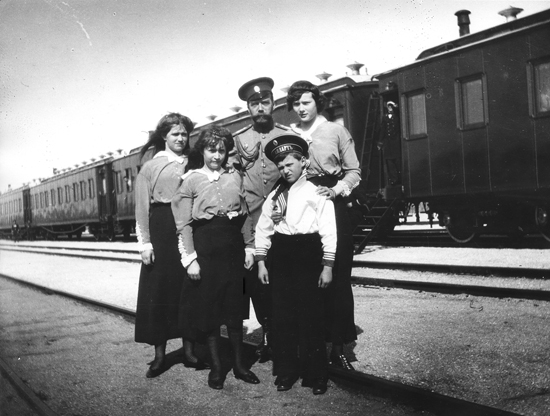 Nicholas II with his children on the train station Alma (nowadays Pochtovoe) in Crimea. In the background is the Imperial train. 1914. 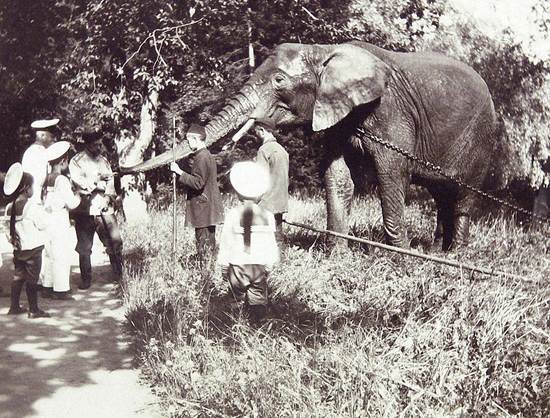 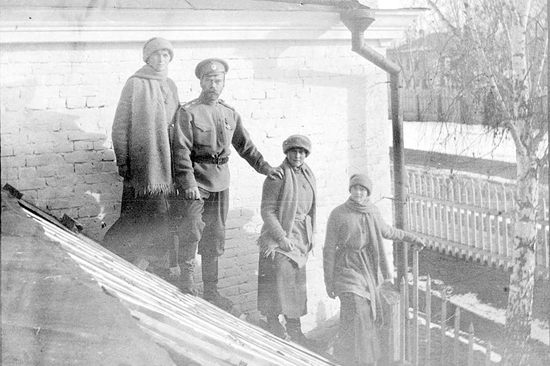 This photo of Tsar Nicholas II and his daughters Olga, Anastasia, and Tatiana in the winter of 1917 / 1918 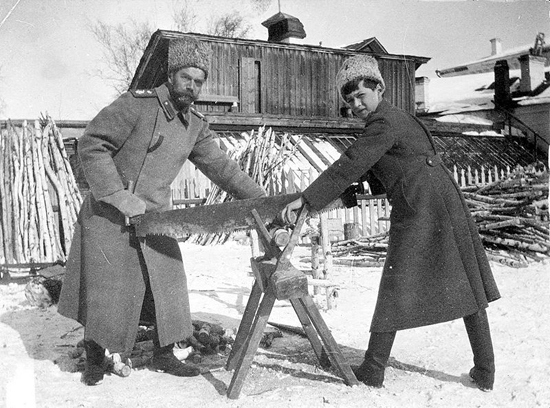 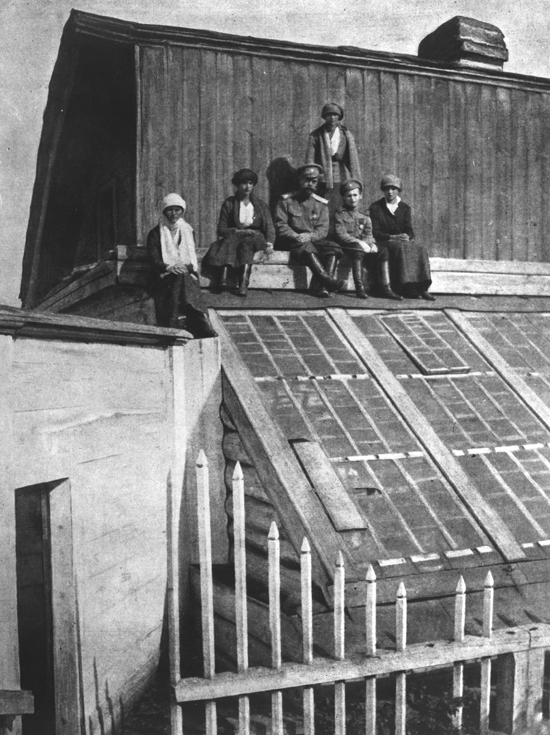 The former tsar Nicholas II and his children sitting on the roof of a greenhouse during their captivity in Tobolsk.

2, 3, 4, 5, 7, 8, 12,  The copyright holder of this file allows anyone to use it for any purpose, provided that the copyright holder is properly attributed. Redistribution, derivative work, commercial use, and all other use is permitted. Attribution: Beinecke Rare Book and Manuscript Library, Yale University

10, This image (or other media file) is in the public domain because its copyright has expired.