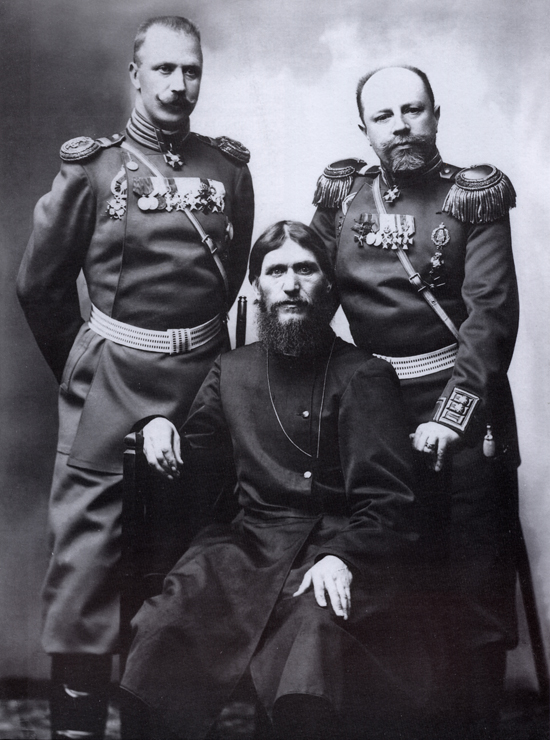 I’m embarrassed to say that a great deal of what I knew about Rasputin came courtesy of Boney M (Lover of the Russian Queen, Russia’s greatest love machine etc.) and urban myth.

After looking through the last Tzar’s family photos yesterday I was intrigued enough about Rasputin to try to find out more about him. Having looked into his story I’ve discovered that pretty much all of it was invented! So here I go to dispel the myths about the much-maligned and hated mystic who was rumoured to control the Russian Royal family until their downfall.

The myth: Rasputin was rumoured to be somehow mystically indestructible. When he was murdered in 1916 his assassins first poisoned him. When this didn’t work they shot him multiple times, and when even this didn’t kill him they beat him and eventually succeeded in drowning him in the freezing Malaya Nevka River.

The truth: While his assassins did attempt all of these methods of murdering Rasputin he wasn’t quite as indestructible as legend suggests. They first laced cakes with cyanide, but he refused any food or drink throughout the evening because he suffered from indigestion. (That would be why poison didn’t work then.)

When his assassins became alarmed that he might not be dead by dawn (leaving them with the tricky problem of disposing of his body in daylight) they panicked and shot him twice in the chest and the back. Both of these shots would have proved fatal eventually, but didn’t succeed in killing him immediately. Rasputin managed to stagger out onto the street where he was shot another two times, one of which was a fatal shot to the head. Not believing he was dead he was then beaten severely by his assassin. He was then thrown into the river through a hole in the ice and his frozen body was discovered 3 days later. So he wasn’t indestritible, his assasins were just pretty inept.

2. Lover of the Russian Queen

As far as I can discover this was just made up by Boney M!  People in Russia certainly were resentful of the influence he had on the Tsarina and probably invented this to discredit both parties. She was greatly influenced by Rasputin, but this was because of the success he had in curing the sick Alexei when he was particularly ill with his haemophilia. I’m guessing ‘Russia’s Greatest Love Machine’ was invented by Boney M too… 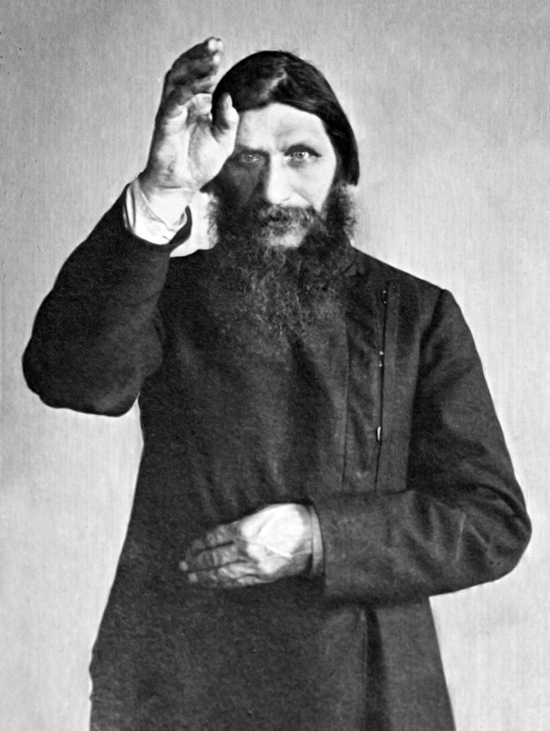 3. Exposing Himself in a Restaurant

The myth: The story goes that on March 26th 1915, whilst drunk, he is said to have exposed himself and waved his genitals in front of shocked diners in the Yar Restaurant.

The truth: This story was made up to discredit Rasputin.  The incident was said to have taken place shortly after he survived an assassination attempt and was very anxious about being out in public, let alone being drunk and partying through the night. No witnesses were found who saw the incident except 2 journalists who it transpired invented the whole episode.

The young heir to the Russian Throne, Alexei had haemophilia and was frequently taken very ill.  After conventional medicine proved unhelpful his desperate mother turned to Rasputin who had a reputation for being able to heal through prayer.  Critics claimed he used hypnosis and secret drugs, but this again was probably an attempt to discredit him.  There is no proof either way as to his healing abilities, but history records that the young boy was pulled back from the brink of death on a number of occasions after his mother turned to Rasputin for help. 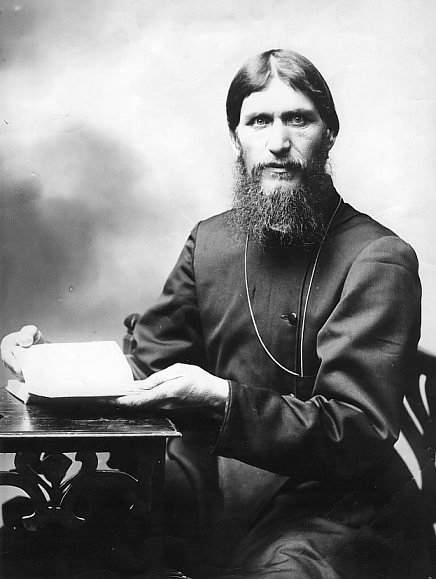 Rasputin’s enemies claimed he had powerful hypnotic abilities, and he used this along with secretly administering drugs to the Royal family to help exert his influence.   His wife, and many others claimed that it was his force of personality which gained him admiration rather than any trickery, but you can see why the hypnosis idea gained popularity when you look at photos of him with his strange compelling eyes!

Maybe they photos have been altered? Who knows! Either way, enjoy some Boney M! You’ll be humming this song for the rest of the day! I’m sure Rasputin would be turning in his grave at the thought of being depicted as the twizzling twerp in red satin and a false beard from the video 😉