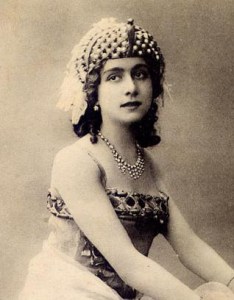 My blog seems to have taken a decidedly Russian turn this week, what with clearing up the rumours about Rasputin and the last Tzar’s family photos!

I’m continuing the trend today with the beautiful Vera Karalli, who was a successful ballerina at the Bolshoi in the 1910s as well as being a popular Russian silent movie star.

She was also the mistress of Grand Duke Dmitri Pavlovich of Russia (Tzar Nicholas II’s cousin) who was one of the few members of the Romanov family to escape with his life after the Russian Revolution.

Along with her lover Vera was also one of the conspirators who plotted the rather bungled murder of Rasputin, and was in the house at the time of the murder.

She was forced to flee Russia following the revolution and lived in Europe teaching ballet until her death in 1972. 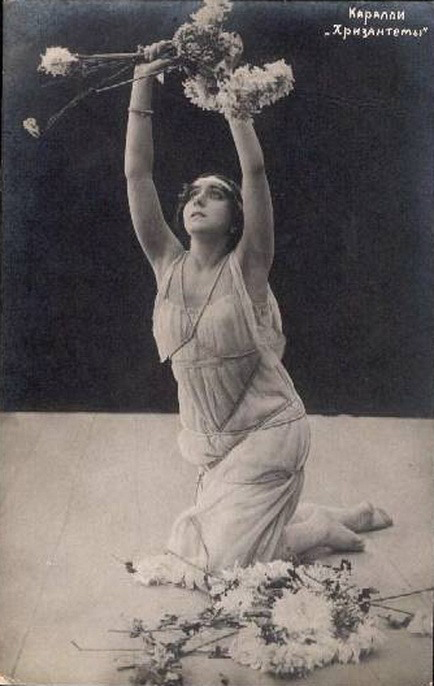 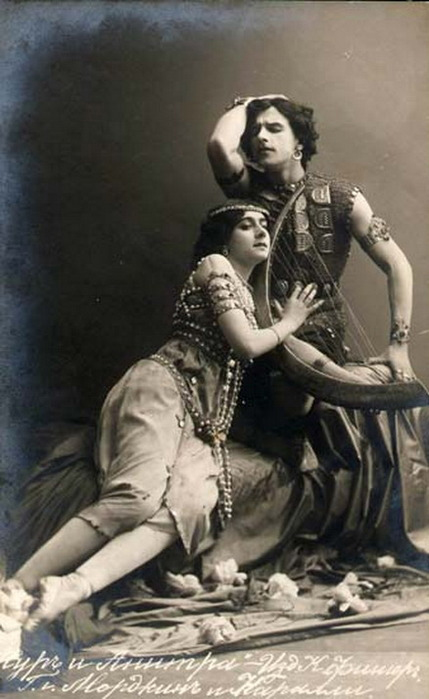 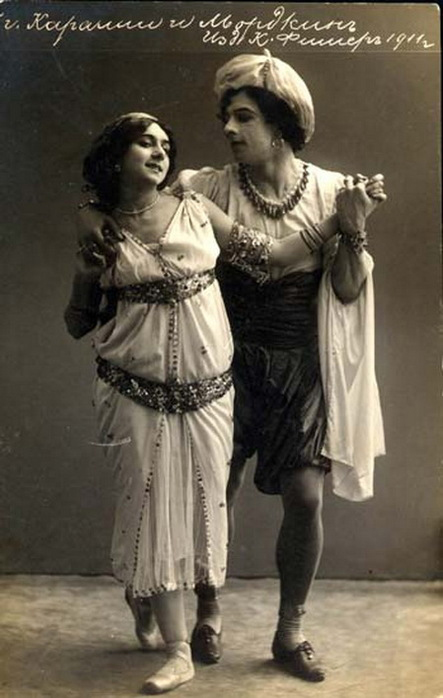