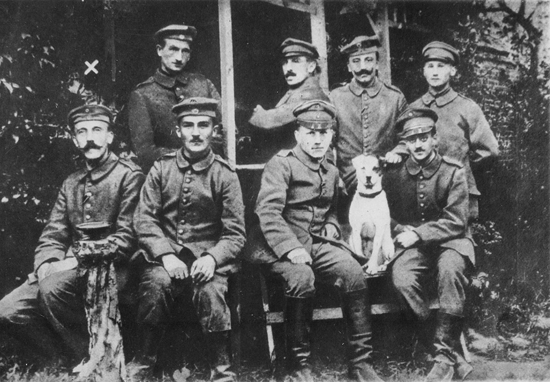 I never stopped to wonder how Adolf Hitler spent the First World War, I certainly never imagined he was a soldier with a creased uniform and a flamboyantly-curled moustache.

Hitler was 25 when war broke out and he joined the Bavarian Army, despite being an Austrian (rather than German) citizen. He started off as a dispatch runner on the Western Front where he was injured in the left thigh when a shell exploded nearby.  He was also present at various major battles including the First Battle of Ypres, the Battle of the Somme, the Battle of Arras, and the Battle of Passchendaele, and the Somme.

Above: Hitler is seated on the far left and (below) far right. 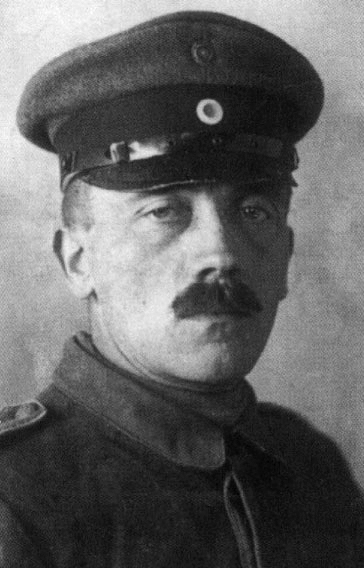 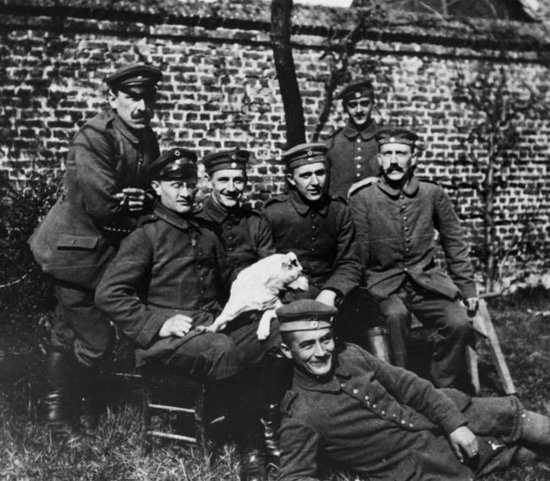