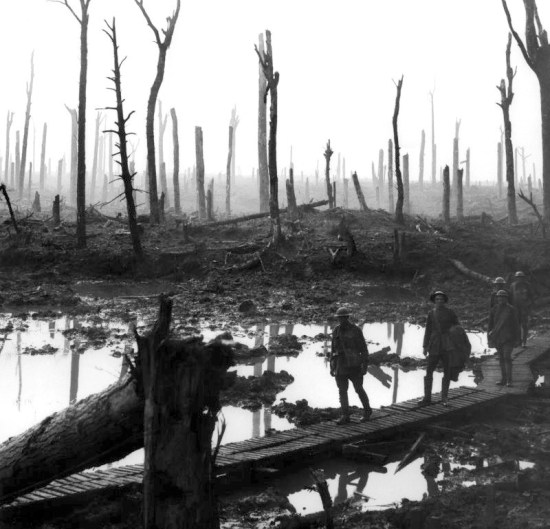 Today is the 100th anniversary of the day Britain declared war on Germany at the start of World War 1. As it is mostly out of living memory now, the First World War has a tendency to seem a very distant conflict, but when you look at some of the photographs taken at the time it helps to bring home some of the realities of a war in which over 9 million people died.

These pictures give a glimpse into life on the front line of the war in the trenches, with it’s devastated landscape and some of the grim realities of trench warfare. Despite terrible losses an astonishing 9 out of 10 British soldiers survived to return home (although many with ruined health), many of which were still only teenagers.  The youngest recorded soldier in the war was a 12 year old who lied about his age to be able to join up. I can’t even imagine how a 12-year-old would cope with the realities of war.

Just look at the mud in that photo of the stretcher bearers below, how on earth did they keep moving through that?!

Also, if you have time take a look at this amazing tribute to the fallen in WW1 at the Tower of London, where they have created a sea of ceramic poppies – talk about dramatic! Isn’t it amazing?

Above: Soldiers of an Australian 4th Division field artillery brigade on a duckboard track passing through Chateau Wood, near Hooge in the Ypres salient, 29 October 1917. A German trench occupied by British Soldiers near the Albert-Bapaume road at Ovillers-la-Boisselle, July 1916 during the Battle of the Somme. The men are from A Company, 11th Battalion, The Cheshire Regiment. 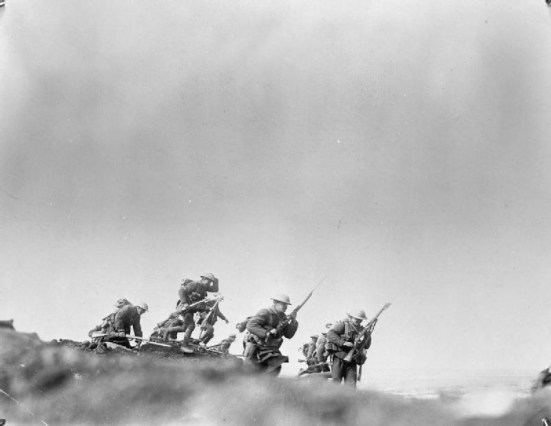 Canadian soldiers leaving their trench for a raid during the Battle of the Somme. It is known that this photograph was taken behind the lines and shows a scene specially set up for the photographer. October 1916 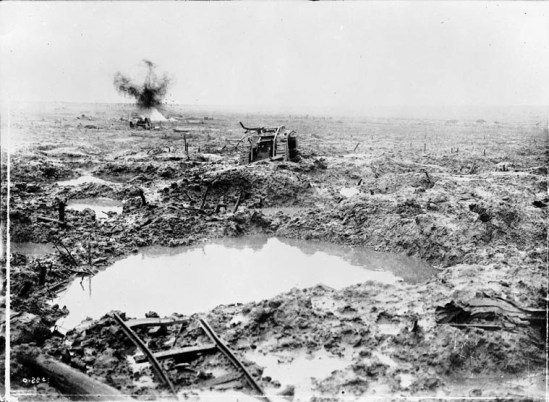 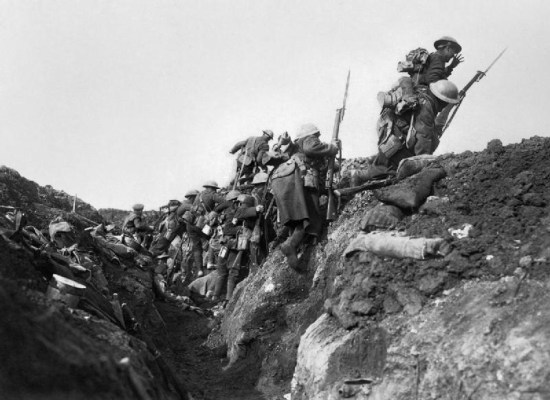 Troops supposedly “going over the top” at the start of the Battle of the Somme in 1916, photographed by Canadian official photographer Ivor Castle. This photograph was widely and misleadingly published as a portrayal of an actual British attack. It was actually taken during a training exercise behind the lines. The breech cover which is clearly visible on the rifle of the soldier in the foreground was edited out in contemporary publications of the photograph 1916 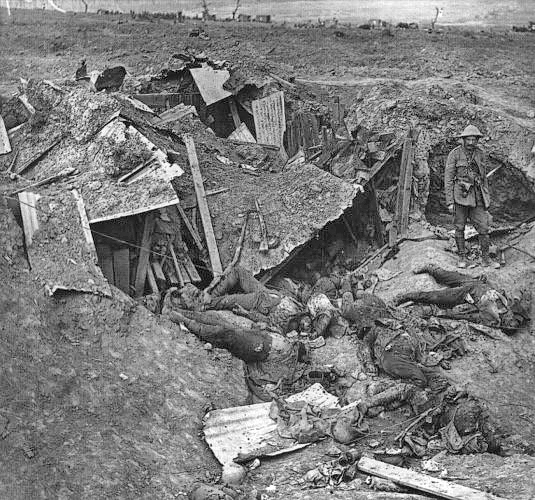 German dead in a trench and machine gun post near Guillemont during the Battle of the Somme, September 1916. 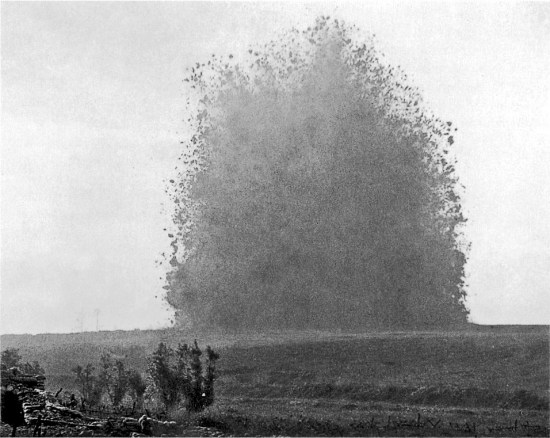 The explosion of the mine beneath Hawthorn Ridge Redoubt on July 1, 1916. 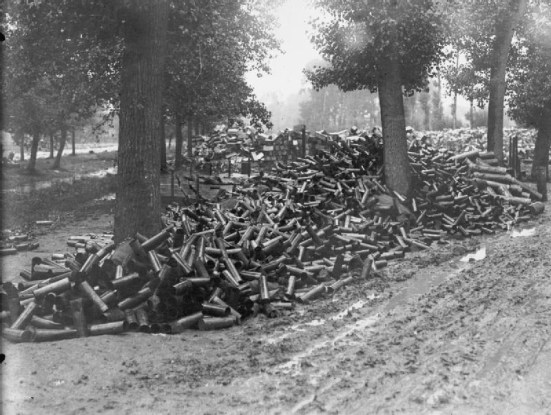 A dump of 18 pounder shell cases used in the bomdardment of Fricourt. July 1916 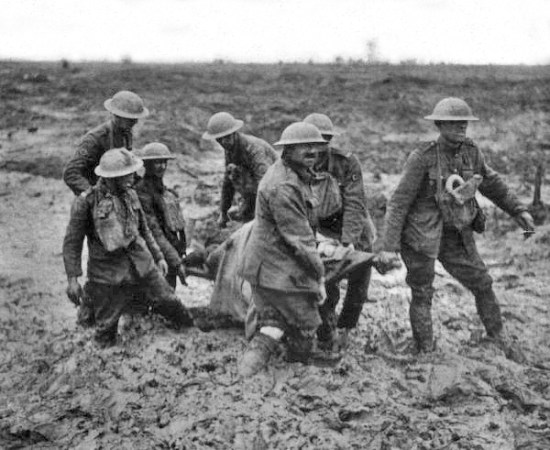 Battle of Pilckem Ridge 31 July – 2 August : stretcher bearers struggle in mud up to their knees to carry a wounded man to safety near Boesinghe on 1 August. The look of agonised desperation on the men’s faces has made this image a favourite choice to indicate the appalling conditions on the Western Front. 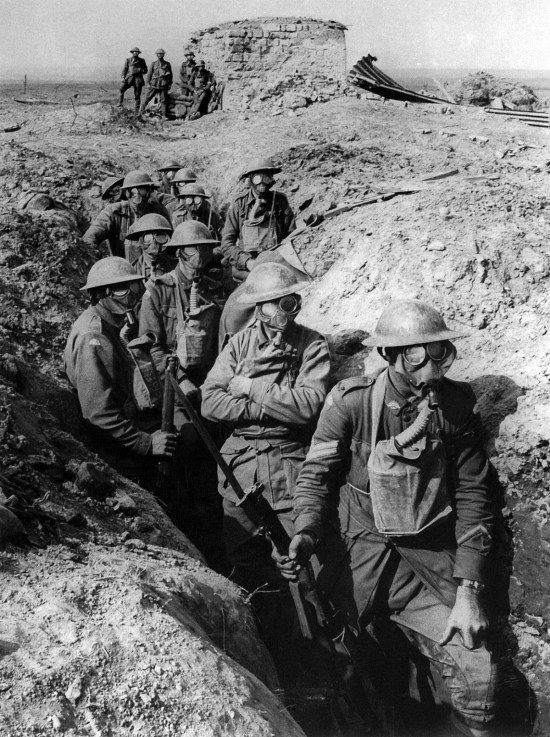 Image source and copyright: 1, 2, 5, 6, 7, 9, This artistic work created by the United Kingdom Government is in the public domain.

3, 4, This Canadian work is in the public domain

8, 10, This image is of Australian origin and is now in the public domain because its term of copyright has expired.