Did you think clowns couldn’t get more disturbing than ‘Cho-Cho the health clown‘ who terrified young children into good dental hygiene habits in the 1920s? Well it turns out they can be a darn site scarier. I don’t think any of these clowns were intended to terrify but they’ll certainly haunt my dreams. Wish I’d never started looking for these pics now. Which do you think is the creepiest? 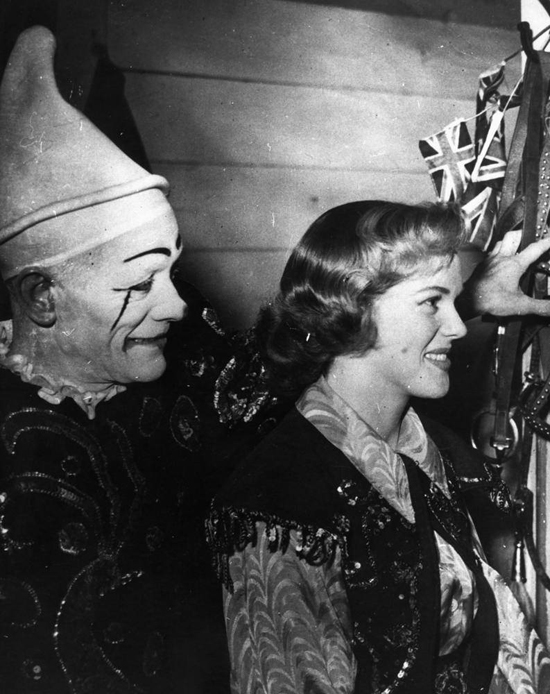 He’s behind you…. I have no idea who this clown was but the photo was taken at Ashton’s Circus in Queensland Australia in 1935. 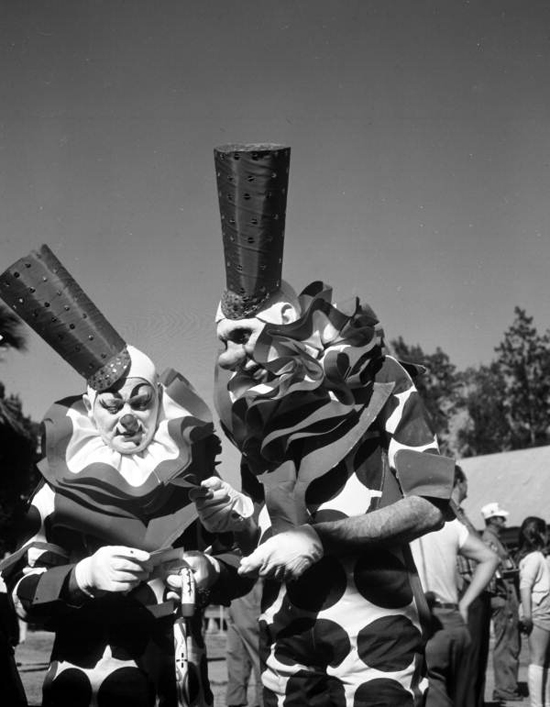 If this isn’t the stuff of nightmares I don’t know what is. Ringling Circus clowns Albert “Flo” White and Gene Lewis in Sarasota, Florida 1945. 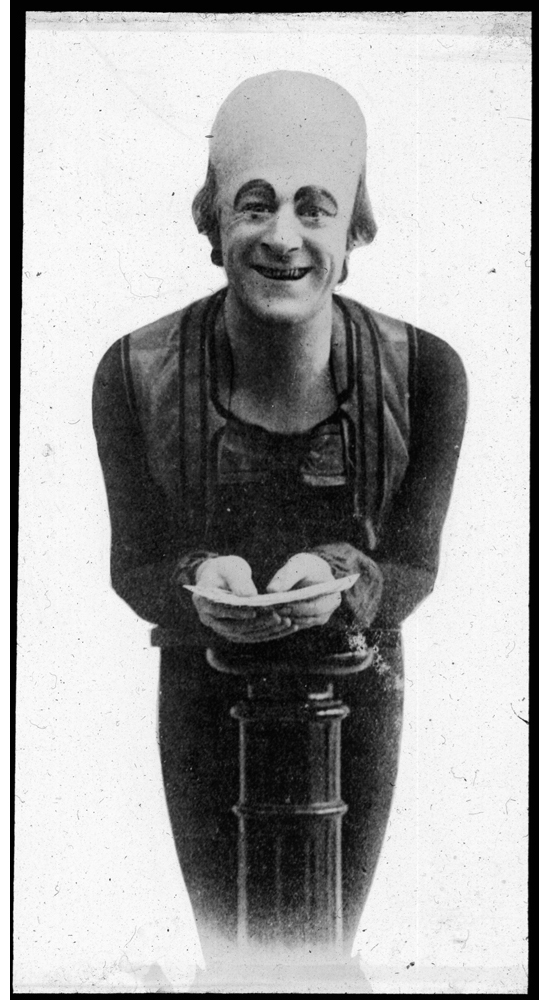 There is no information as to the age of this photo, where it was taken or whether that forehead is real… That somehow makes him all the more frightening… 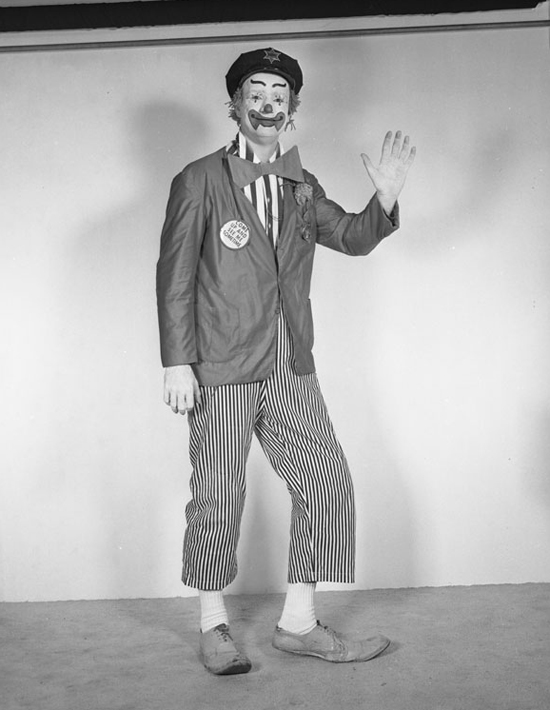 Clown photographed in a studio in 1958. His badge reads ‘Come up and see me sometime’. No thanks. 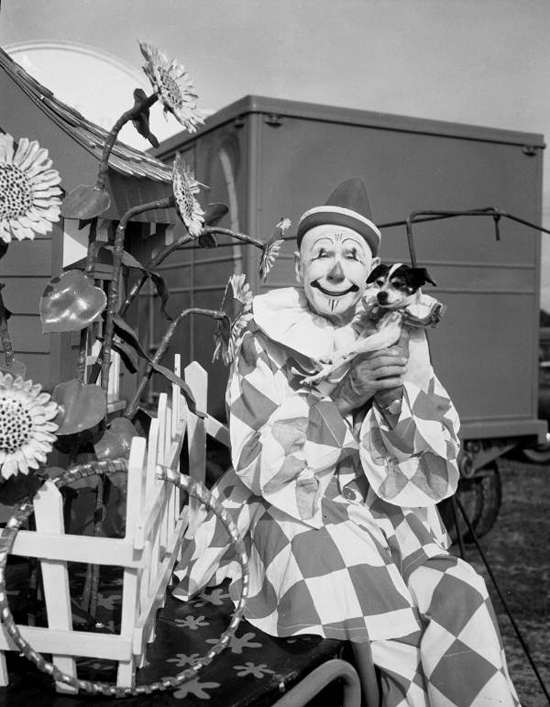 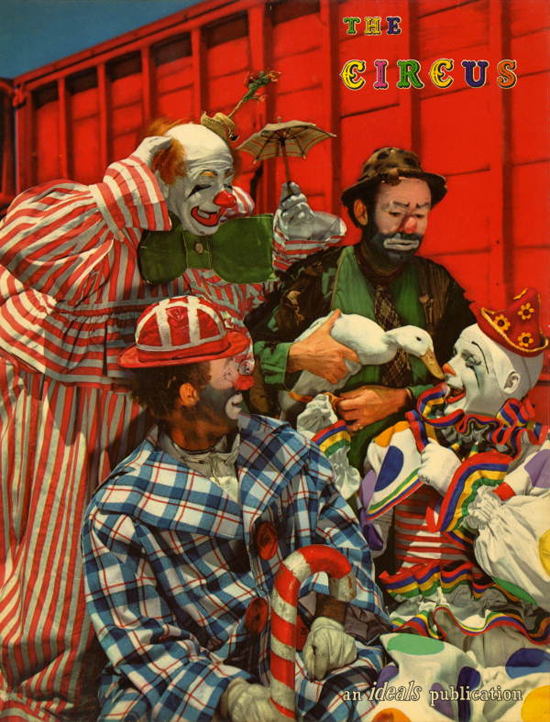 Clowns that look like tramps – not disturbing at all. Ringling Circus clowns: Sarasota, Florida 1947. 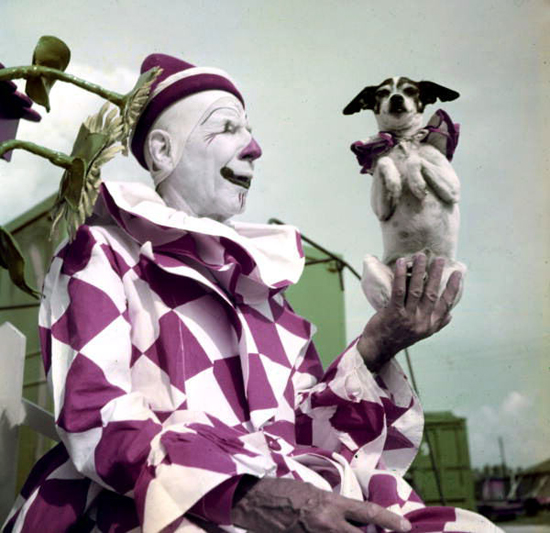 Another photo of Ringling clown Charlie Bell with his pet fox terrier – Sarasota 1953. 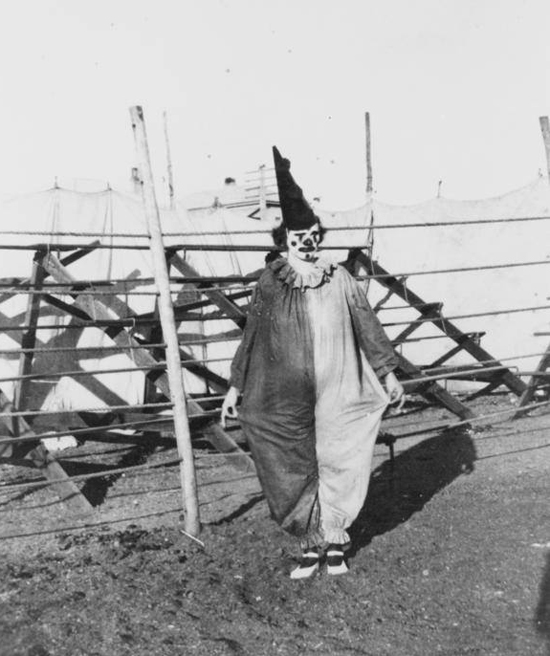 Why are there no people in those bleachers? Because he’s eaten them all… A clown in pointed hat standing in front of empty bleachers before a marquee, somewhere in Queensland. C. 1920 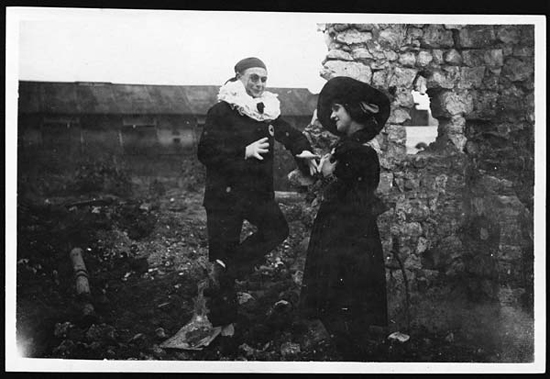 A Pierrot clown with a monocle who seems to be wooing another man dressed as a woman. They’re rehearsing for a play but it’s still pretty weird. C. 1918. 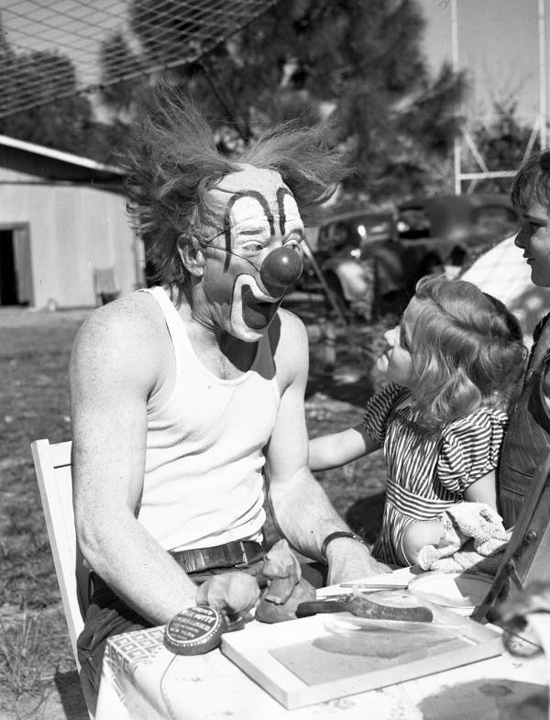 6 thoughts on “10 Vintage Clowns Guaranteed to give you Nightmares”