10 wierd, wonderful (and sometimes terrifying) vintage inventions which have been lost in the mists of time… My favourite is the collapsable bridge invented by Mr Deth. 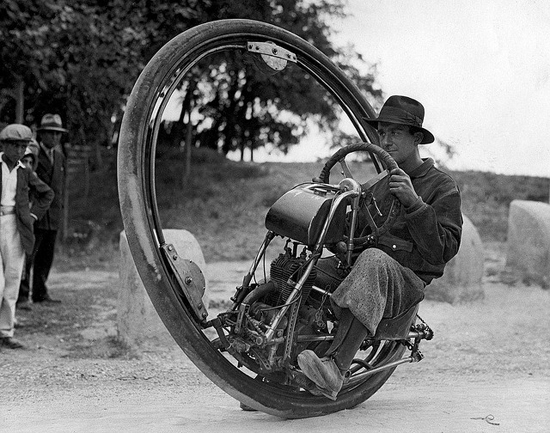 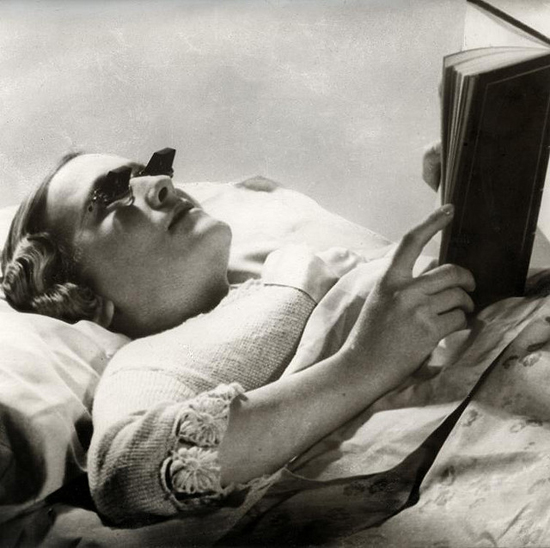 Hamblin glasses. A pair of spectacles especially designed for reading in bed. England, 1936. 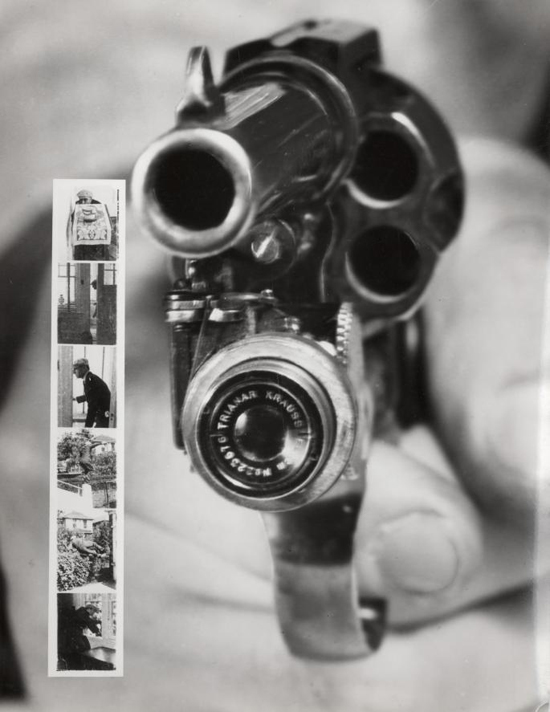 Revolver camera: a Colt 38 carrying a small camera that automatically takes a picture when you pull the trigger. At the left: six pictures taken by the camera. New York, 1938. 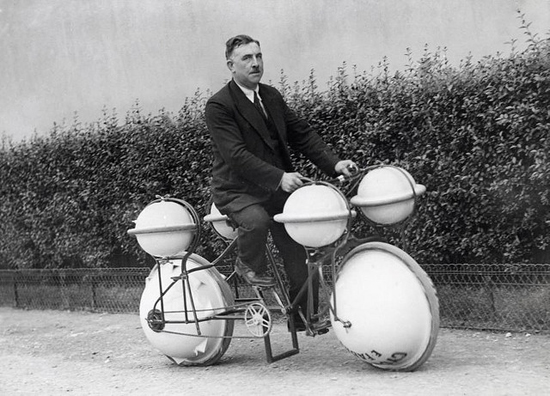 Amphibious bike ‘Cyclomer’. Paris, 1932. Even the inventor doesn’t look too convinced that this would work. 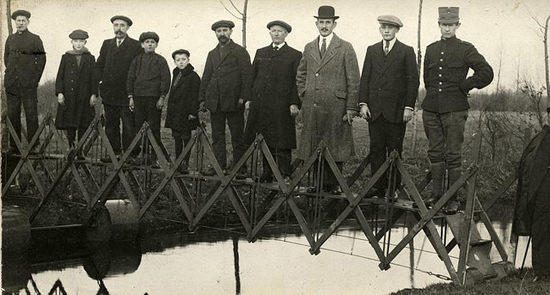 Folding bridge for emergencies, invented by L. Deth. The emergency bridge can easily be transported on a handcart. The Netherlands, location unknown, 1926. 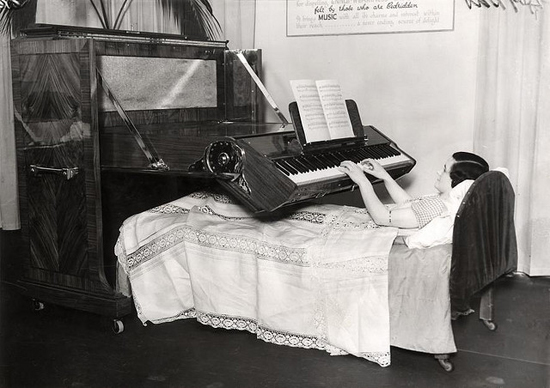 Piano especially designed for people who are confined to bed. Great-Britain, 1935. 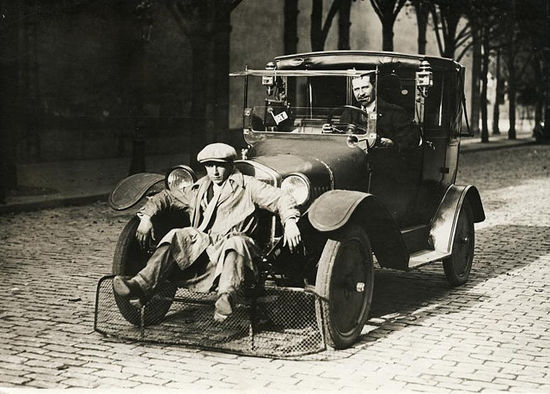 Kind of shovel on a car. Purpose: reducing the number of casualties among pedestrians. Paris, 1924. 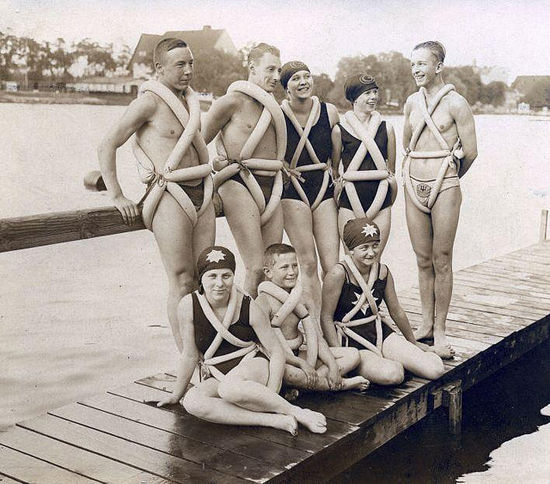 A group of youngsters tied a bike tyre around the body as a swimming aid. Germany, 1925. 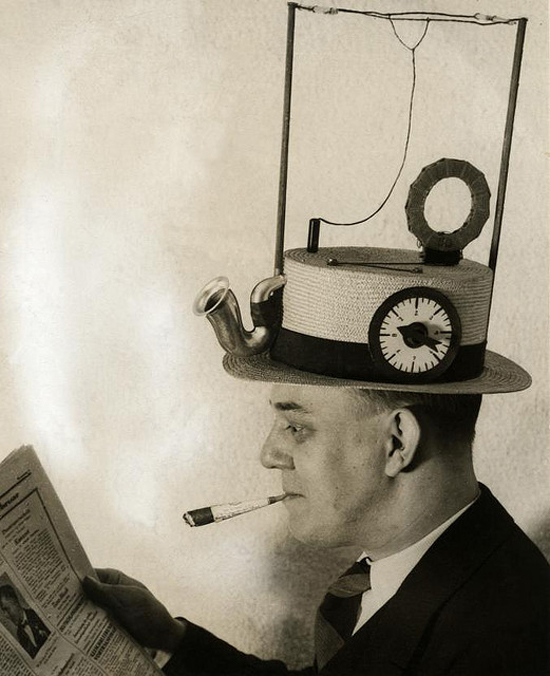 Portable radio in a straw hat, made by an American inventor. 1931.