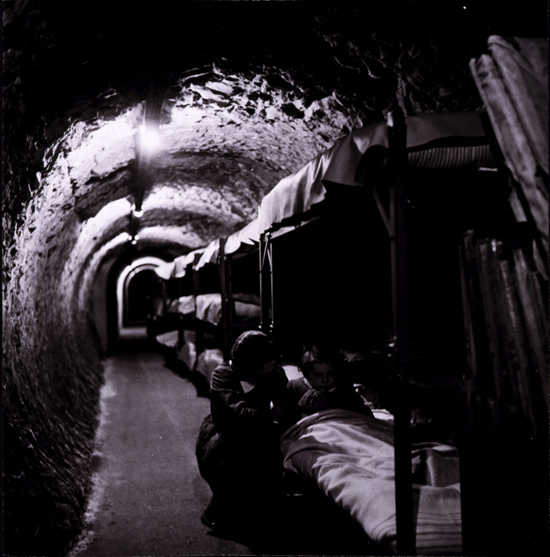 Both of these photos were taken by American photographer Toni Frissell who was best known for her fashion photography for Harpers Bazaar and Vogue. During WW2 she travelled with the American Red Cross where she photographed nurses, front-line soldiers, American airmen and civilians. Her photos are very evocative and powerful, especially those of children caught up in an adult’s war.

Above: a little girl in a bunk bed in a subway tunnel shelter with a woman kneeling by her side.
Below: an abandoned boy with his stuffed toy amongst the ruins of a London street following a German aerial raid. 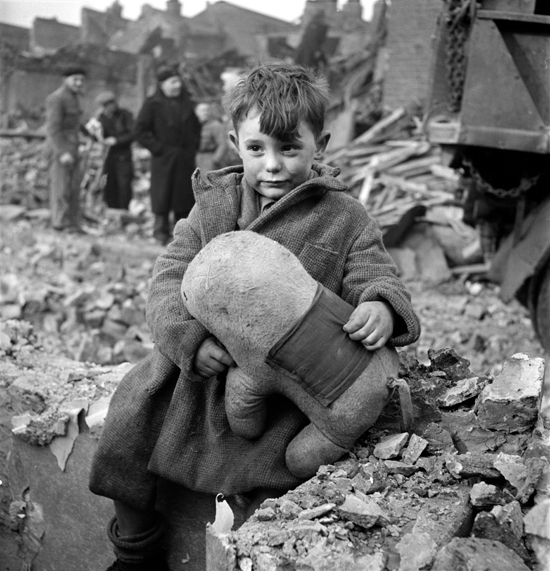 Image source and copyright: 1, 2, This work has been released into the public domain by its author, Toni Frissell. This applies worldwide.