I think we’ve all seen the photos of Renée Zellweger’s new face by now. The news hit like a storm yesterday after she attended a film premiere looking, well, not like herself. If you haven’t seen the photos you can see them here.

I honestly wouldn’t have recognized her in the new photos, and my friends and I had a lengthy discussion on Facebook about whether the photos were of a bad Doppelganger, or maybe a bizarre real-life version of those soap-opera switches (you know when one character is suddenly replaced by a different actor and you’re not supposed to notice – Eastenders does it all the time). 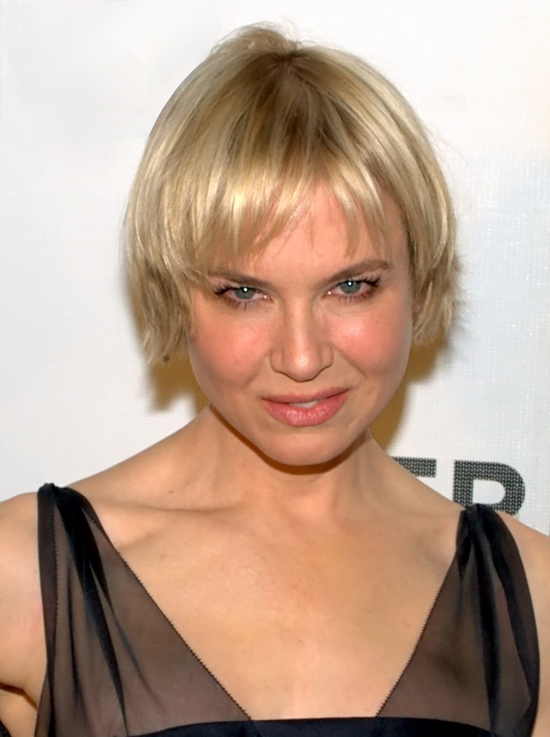 Renee photographed in 2010. She doesn’t look like this any more

It turns out it was Renée Zellweger, but it appears she’s had enough plastic surgery to totally alter her appearance.

I read somewhere that Renee was mistaken for Cameron Diaz on the red carpet, something which I would have taken as a massive compliment, but for someone who’s face is their living it must have been horrifying. She has worked incredibly hard to be a top Hollywood actress, not shying away from going to extremes for the parts she has played (including the weight gain for Brigitte Jones and then the controversial weight loss afterwards for Chicago) and all of a sudden her famous face isn’t recognizable any more.

I don’t really understand the appeal of being famous, having your everyday life splashed all over the tabloids isn’t my idea of a good time, but how famous are you when you can’t be recognized by your fans any more?

Having said that, the media storm will ensure that her new face is just as recognizable as her old one but I do wonder whether she has really damaged her career by not looking like herself any more. Look what happened to Jennifer Grey after she had her nose-job (answer: nothing much after she stopped looking like herself).

Renee made a statement yesterday saying:

Which despite its positive tone, actually sounds like a veiled denial that she’s had any ‘work done’. It makes me feel incredibly sad that a woman who is only 45 has felt so pressured by the film industry to look younger that she’s ended up not looking like herself any more. Plus, she seems to feel the need to hide the fact that she’s had work done. Hollywood does expect its female stars to remain youth forever, or for as long as surgically possible, just look at the lengths that Meg Ryan and Melanie Griffiths have gone to.

Maybe she got turned down for film roles for not being young enough any more, perhaps there just weren’t that many leading roles for an actress in her 40s. Maybe she felt this was the only way. Then again, what do I know? I might have the whole thing completely wrong, perhaps her new face is all down to yoga and a good diet.

I don’t care whether people have a nip and a tuck as they get older, or whether they age as nature intended, it’s a very personal decision. I don’t think we should judge either way.  I’m 40 and I have no intention of getting any work done, but who knows how I’ll feel when I’m 10, 20 or 30 years older, and if my career depended on me looking young perhaps it would seem the natural thing to do.

Let’s face it, what she’s done it isn’t a disaster. Whatever the changes she still looks amazing, she’s still fit and healthy and hopefully once this humiliating furore dies down she can go back to being happy again! Let’s not be too judgemental but spare a thought for the awful time she must be having right now. I wouldn’t like the world to be dissecting and criticizing my appearance, would you?

7 thoughts on “About Renée Zellweger’s Face”