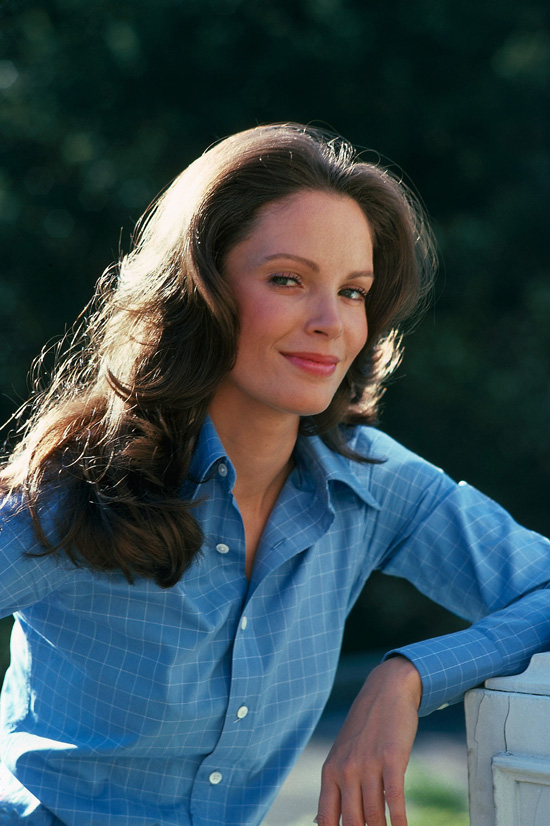 You may not know the name Jaclyn Smith, but you’ll certainly know her when you see her. Jaclyn played Kelly Garrett in the original TV series of Charlie’s Angels which she starred in from 1976-1981. She was the only angel to stay for all 5 series of the show, not surprisingly as it earned her a fabulous $40,000 per week.

The show was such a huge hit that her face, along with those of co-stars Kate Jackson and Farrah Fawcett, was featured on merchandise worldwide: from bubblegum cards to dolls to games, and even covering fashion magazines.

With her waved brunette hair and sensitive side she contrasted well with Fawcett’s sunny blonde and Jackson’s strong leader of the group, and her look was emulated by girls everywhere.

Below: From left to right: Jaclyn Smith, Farrah Fawcett-Majors and Kate Jackson – the original Charlies Angels. 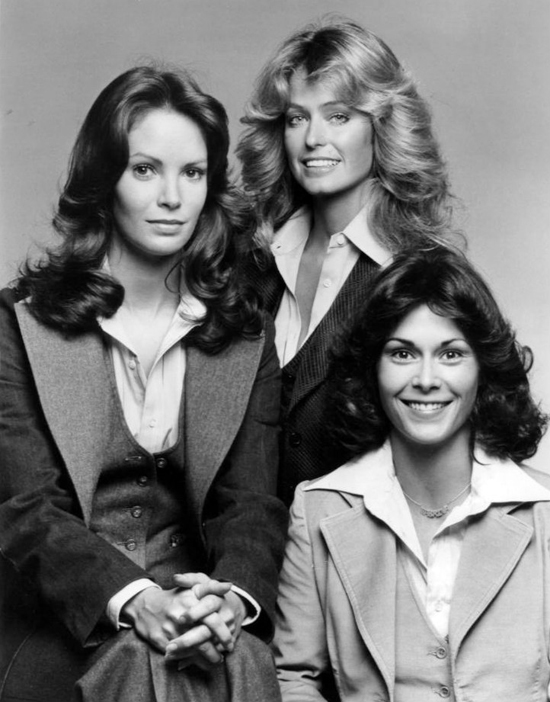 Image source and copyright: 1, This work is in the public domain in that it was published in the United States between 1923 and 1977 and without a copyright notice.  2, This file is licensed under the Creative Commons Attribution-Share Alike 3.0 Unported, 2.5 Generic, 2.0 Generic and 1.0 Generic license.