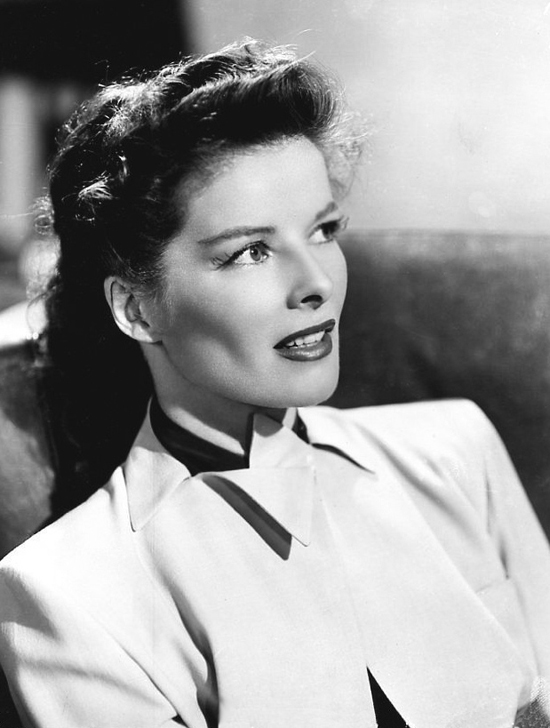 Katharine Hepburn was something of a trailblazer in the Classic Hollywood era. One of the first leading ladies to reject Hollywood glamour and wear trousers, she pioneered the casual look and loved wearing menswear-inspired tailoring and collared shirts.

She wore mens suits and casual sportswear at a time when it was practically unheard of, and in contrast to other dazzling female cinematic stars of the time wore smart, tailored high-necked dresses on-screen, rejecting the sparkle and flounce of a lot of Hollywood costumes of the time.

She played tennis, golf and swam daily and was very much a role model for independent woman at a time when Hollywood stars tended to be glamorous puppets controlled by their studios. 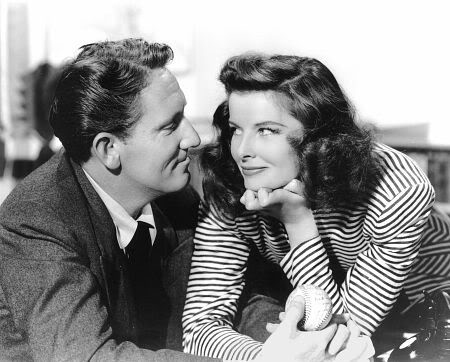 Above: Publicity photograph for the film Woman of the Year, featuring its stars Spencer Tracy and Katharine Hepburn, 1942. Get the look by pairing a slim-fitting breton-striped T-shirt with a pair of wide legged trousers with turn-ups and flat shoes. 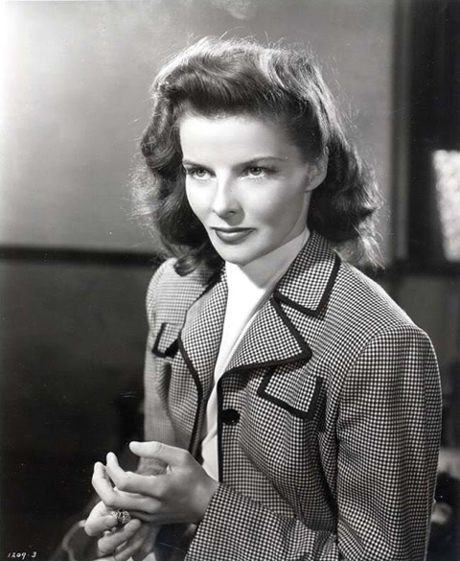 Above: Publicity still of Katharine Hepburn in the 1942 film Woman of the Year. Team a slim fitting black skirt with 40s style slingback heels and a fitted small-check jacket worn with a high neck t-shirt underneath. 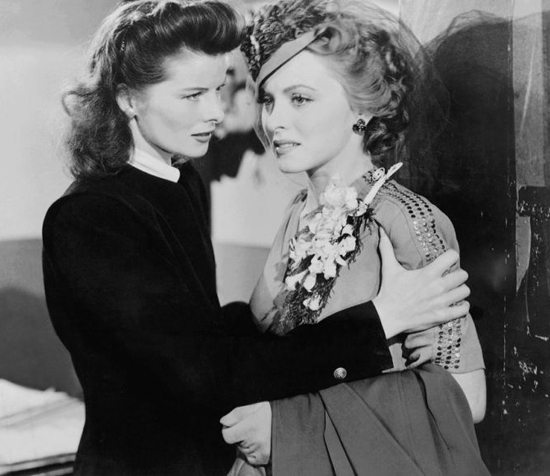 I love the simplicity of this outfit (above) from the 1943 movie Stage Door Canteen. The outfit she wears in the film is actually a jacket worn over a small collared blouse, but I loved these versions below. The first is the super-deluxe Alexander McQueen version (*sigh*) and the second is a much more reasonably priced alternative. Which do you prefer?

The actress pictured with Hepburn is Cheryl Walker.

Image source and copyright: 1, 2, 3, 4: This work is in the public domain because it was published in the United States between 1923 and 1963 and although there may or may not have been a copyright notice, the copyright was not renewed.