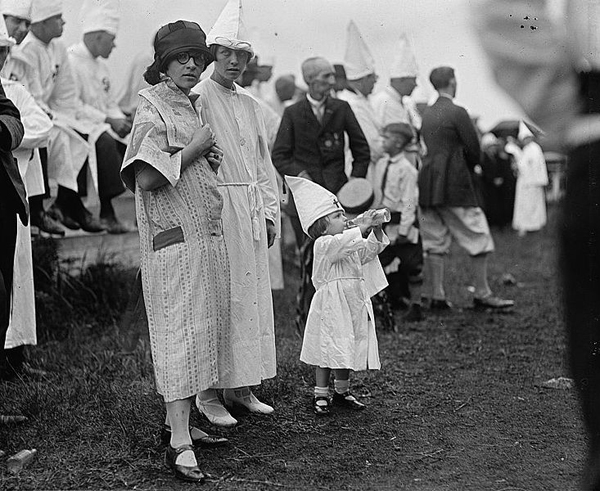 Everything I’ve head about the Klu Klux Klan and their history has just served to reinforce what a vile and hateful organization they are which is why I find these photos so shocking.

Not only because of the sheer number of people who were proudly parading as part of this group through the center of Washington D.C., but also because of how benign and normal they all look (silly costumes aside).  I guess the world would be a much simpler place if you could identify unpleasant people because their ugly thoughts somehow showed on their faces wouldn’t it?

Was it *really* ever acceptable to be part of a race-hate group like this? Did these people know what the KKK were getting up to? The lynchings, terror campaigns, burning families out of their homes? Sadly I’ve got to assume they all did.

There seem to have been 3 different KKK’s over the years. One in the 1860s, one in the 1920s and one in the 50s and 60s. Of course there are still a few people who are members today. I know it’s now classified as a ‘hate-group’ – does that mean it’s illegal to be a member of it? I don’t know how these things work in the US. Anyone know?

The organization in the 1920s claimed to have around 15% of the eligible population of the USA as members, which is astonishing. Having said that they pretty much only let white Protestants into the group so maybe that wasn’t as many as it sounds. They seemed to hate pretty much everyone: from Catholics to Communists to African-Americans and in fact anyone who wasn’t another Klan member. They can’t have been very happy people having so much to hate in life, and must have made everyone elses lives a misery too.

Thank goodness we don’t see scenes like this any more! 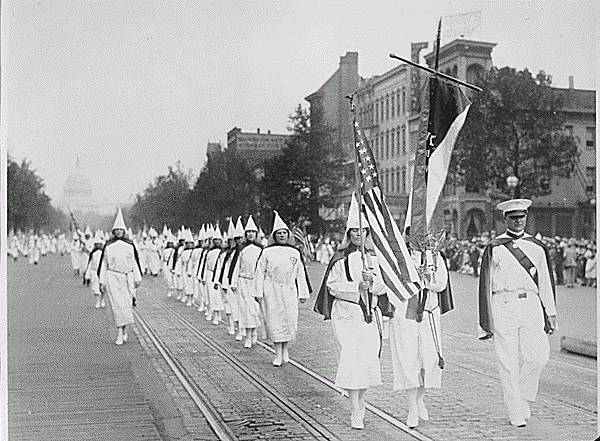 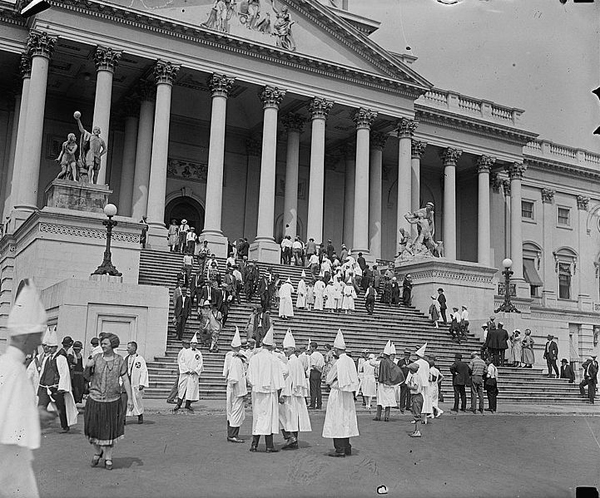 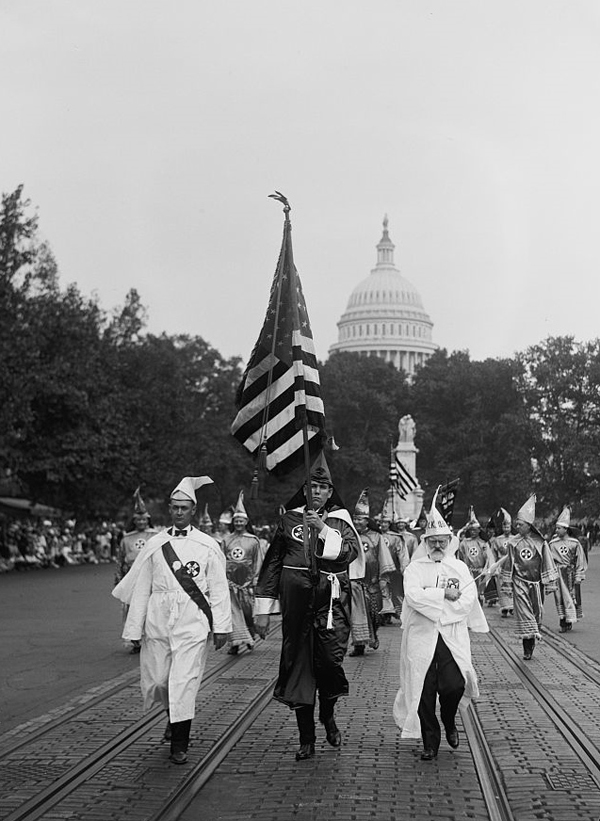 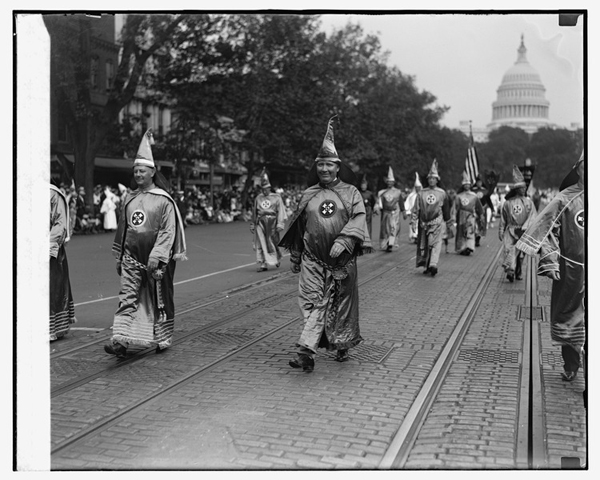 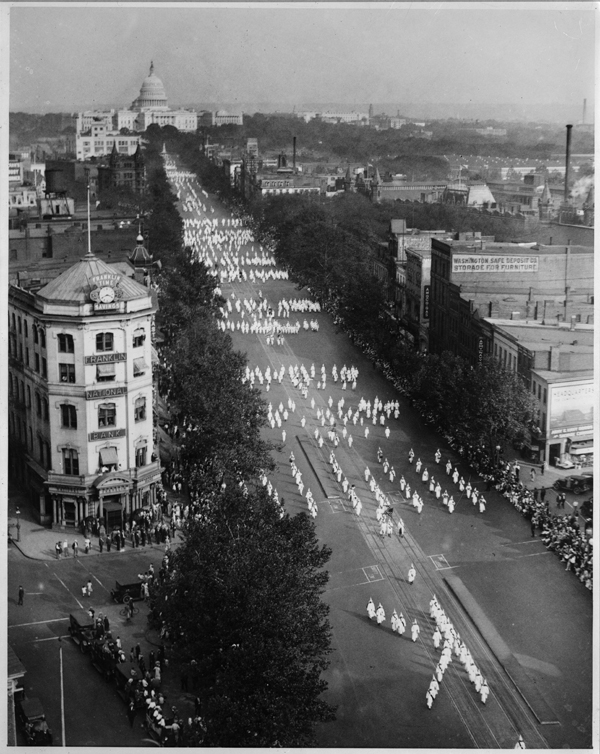 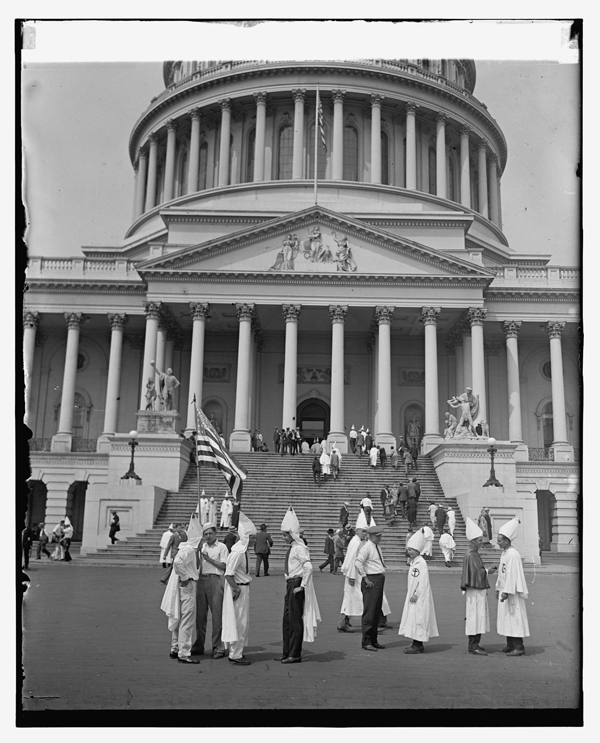 Image source and copyright: 1, 2, 3, 4, 5, 6, 7, This work is in the public domain in the United States because it is a work prepared by an officer or employee of the United States Government as part of that person’s official duties / This is a press photograph from the National Photo Company Collection at the Library of Congress. According to the library, there are no known restrictions on the use of these photos.