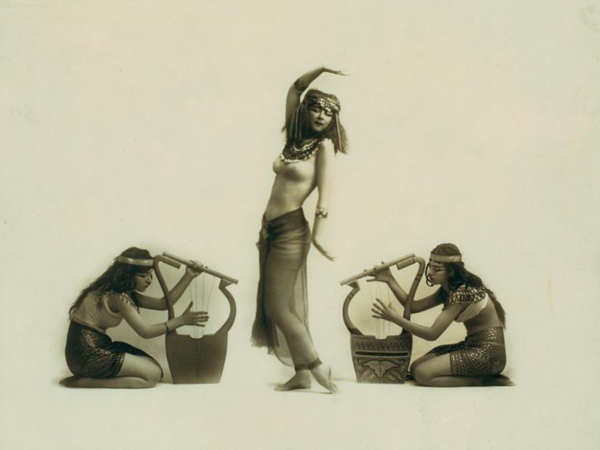 Ruth St. Denis was one of the pioneering dancers of the early 20th Century who brought exotic Eastern dance to the West in the 1910s and 1920s. Born on a farm in New Jersey, she was a vaudeville dancer when her fascination with Egypt began in 1904 after she saw an advert for Egyptian Deities cigarettes. She started creating dances which were inspired by images of Egyptian deities. Although the dances were not culturally authentic they proved to be very popular with audiences.

Her dances were inspired by many Eastern cultures, including those of Japan, India and Egypt.  She performed her shows in American and then traveled to Europe.

In 1914 she founded the dance school Denishawn, with husband and dance partner Ted Shawn. He’s the man pictured with her below. 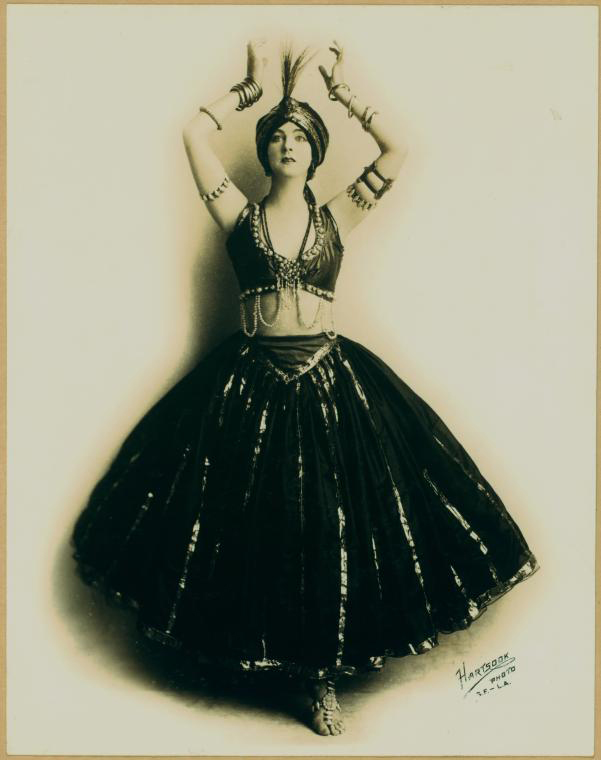 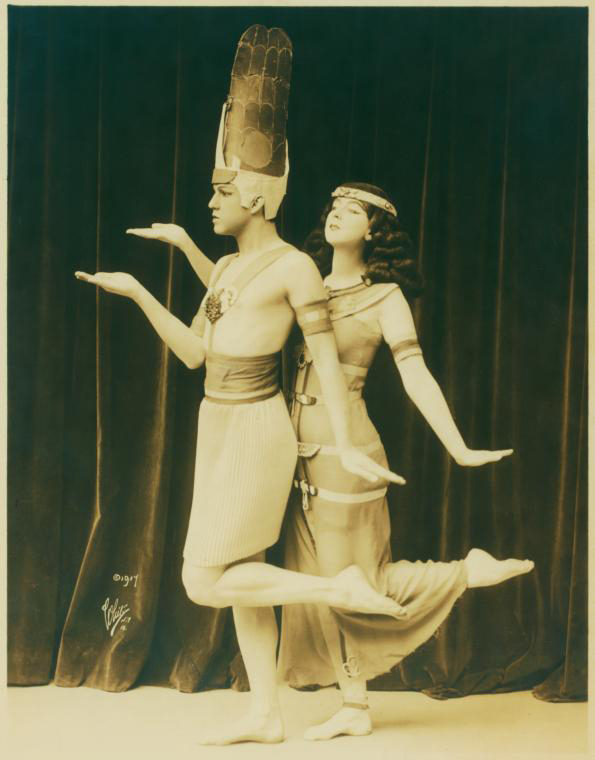 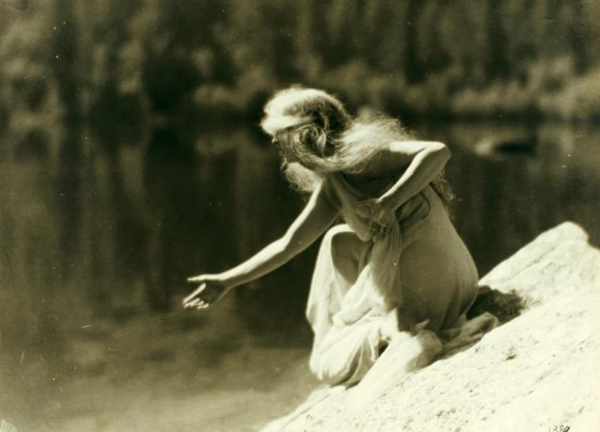 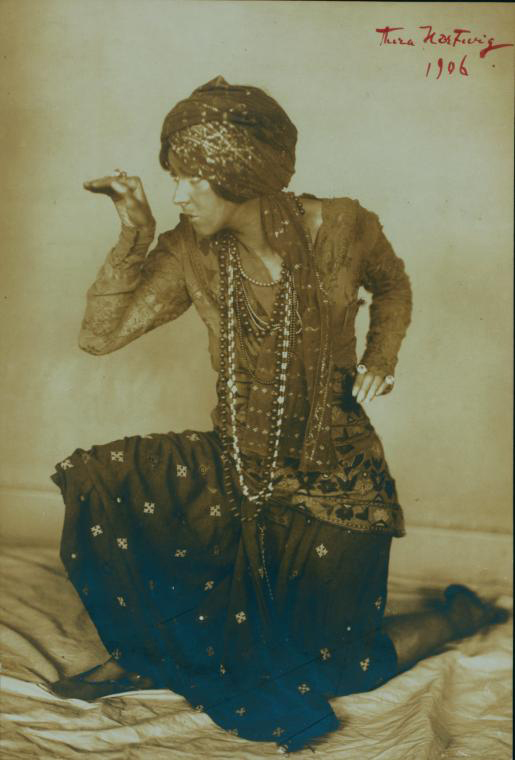 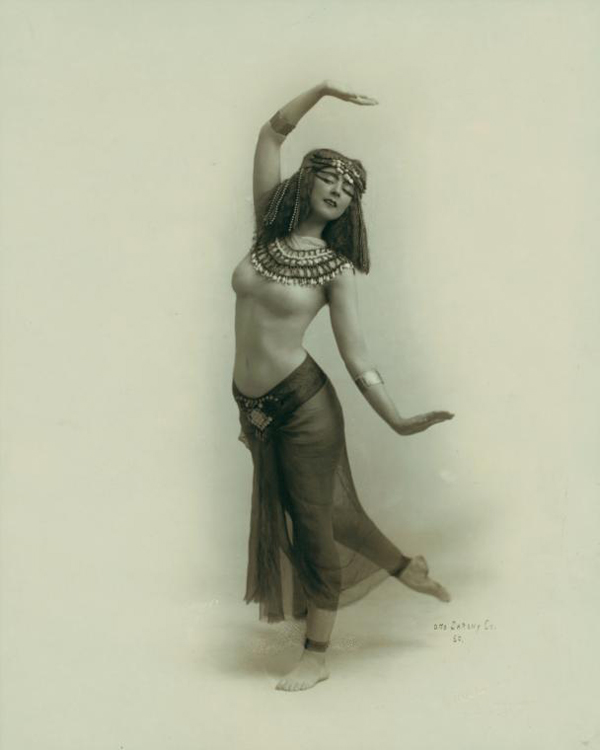 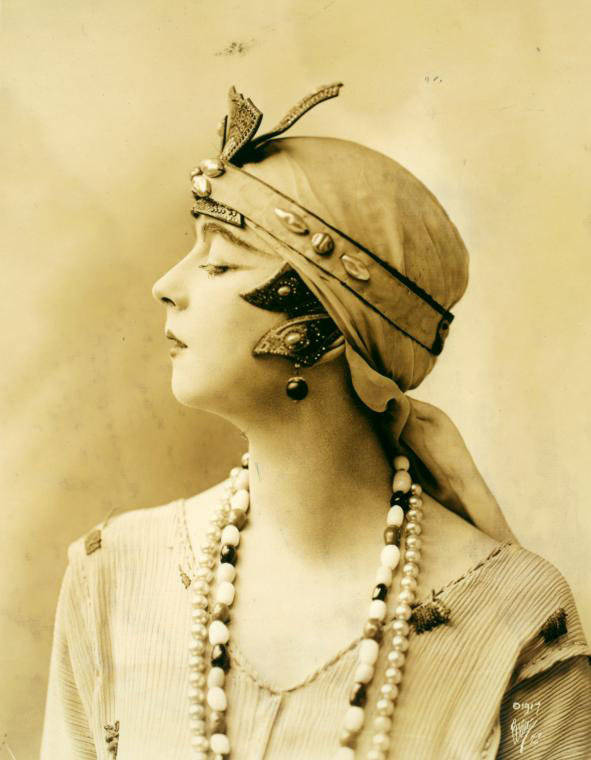 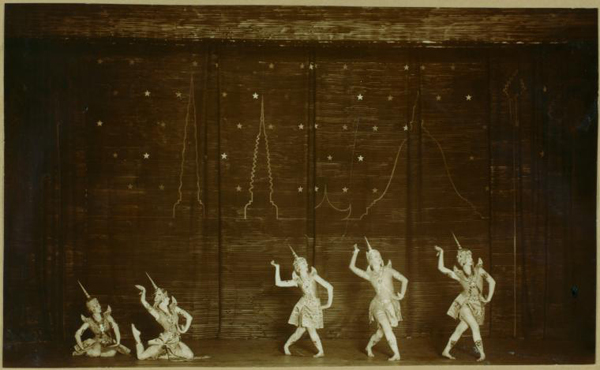 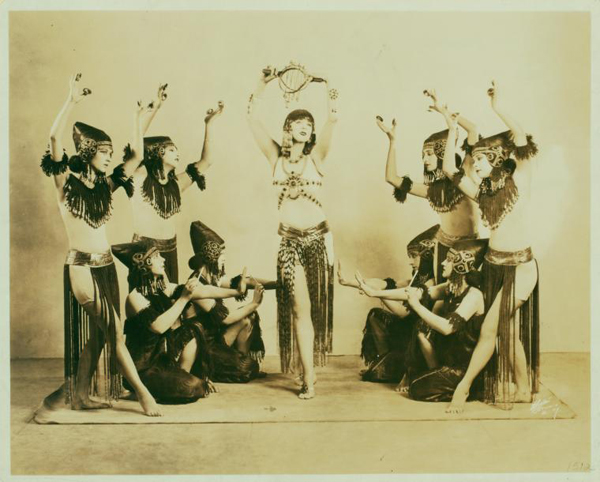 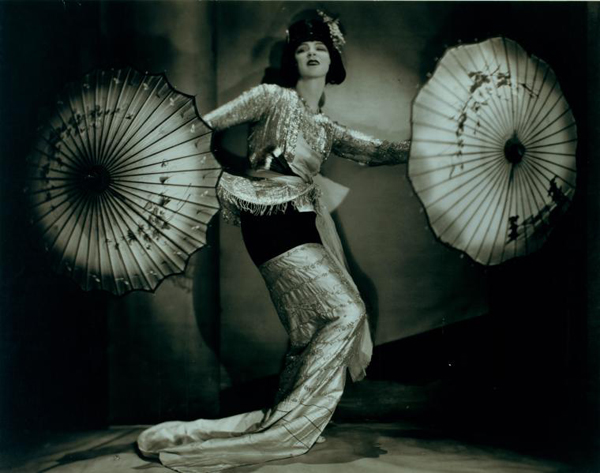 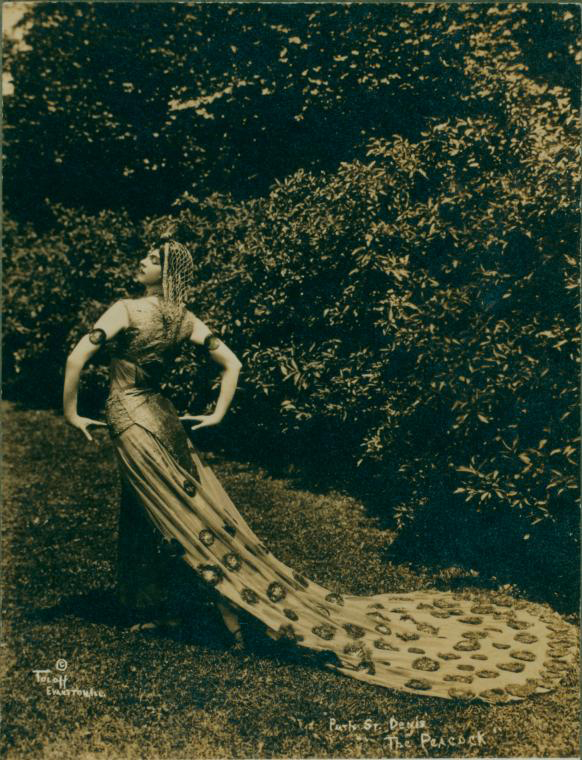 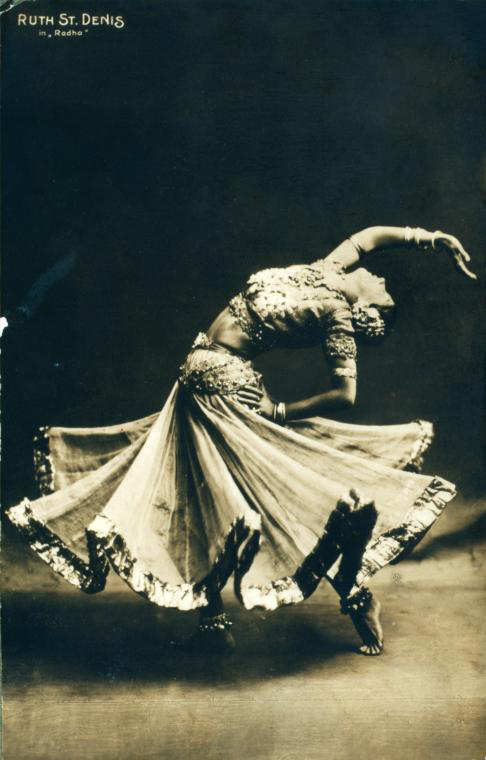