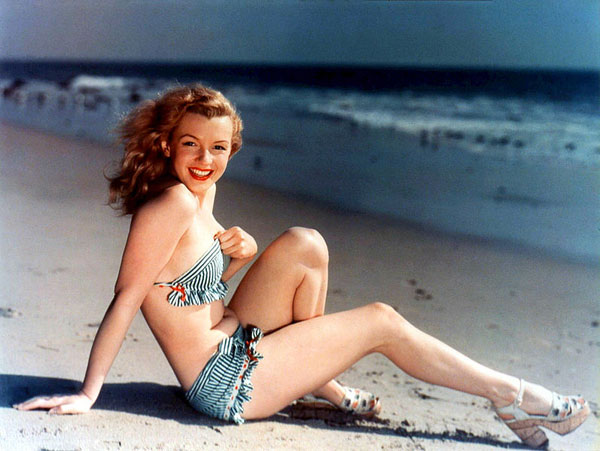 I’ve just read that Max Factor have announced Marilyn Monroe as their new ‘global glamour ambassador’. They’ve done this based on the fact that Marilyn was a client of Max Factor back when they ran a beauty salon in the 1940s and they claim to have been responsible for her trademark starlet makeover. I’m not sure the shade of lipstick she wore and a bit of eyeliner really constitutes changing her from mousey-haired Norma Jeane to the Marilyn we all know – her plastic surgery and the decision to bleach and style her platinum blonde hair were both just as important if not more so.

Marilyn’s image is owned by a group called ‘Authentic Brands Group’ who earned a staggering $11 million out of her last year. This isn’t the first time they’ve licensed use of her image to sell products and I’m confident it won’t be the last. But is it right that people can go on using a dead celebrity’s image over 50 years after her death? After all, Marilyn died in 1962, would she be turning in her grave at the idea of the amount of random stuff still being hawked with her imaginary endorsement?

Are Max Factor really responsible for turning Marilyn from this (top) in the late 1940s to this (below) which was taken in 1953, or was it more to do with wardrobe, attitude, hair and cosmetic surgery? *sigh* 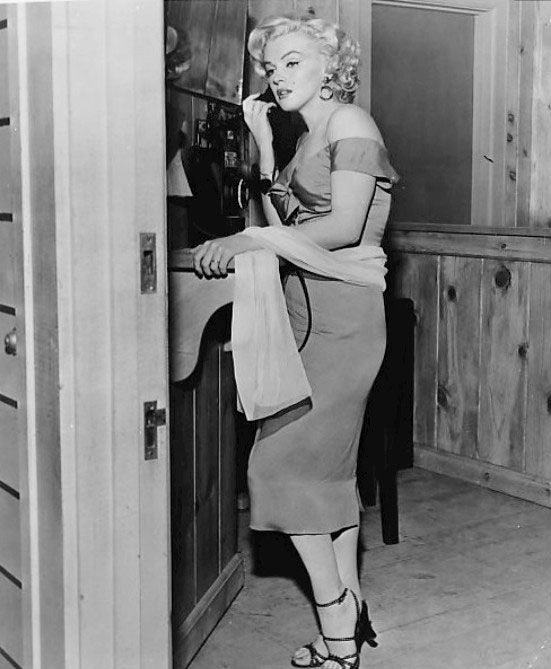 Image source and copyright: 1, 2, This work is in the public domain in that it was published in the United States between 1923 and 1977 and without a copyright notice