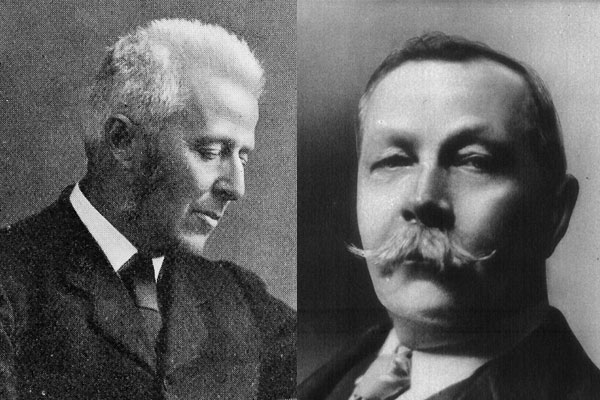 Did you realize Sherlock Holmes was inspired by a real person? Nope, me neither! Apparently Arthur Conan Doyle (above right) based the fictional character of Sherlock on a doctor he knew called Joseph Bell (above left).  Bell was known for his powers of deduction and even helped police with investigations in Scotland.

Doyle met Bell, who was 22 years his senior, in 1877 when he worked as his clerk at Edinburgh Royal Infirmary. Famed for his observational skill, Doyle was an early pioneer of forensic science and pathology and would entertain Doyle by picking strangers on the street and deducing their occupation and recent activities.

Bell was flattered by being the inspiration for Holmes when Doyle wrote to him to tell him: “It is most certainly to you that I owe Sherlock Holmes … round the centre of deduction and inference and observation which I have heard you inculcate I have tried to build up a man.”

The early relationship between Joseph Bell and Arthur Conan Doyle was also reminiscent of that of Holmes and Dr Watson, and if you look at photographs of them you can also see a certain similarity between the traditional images of both: Bell: tall, aristocratic and thin-lipped and Doyle with his fabulous mustache and style of dress.

Below: Joseph Bell as a young man, photographed around 1860. 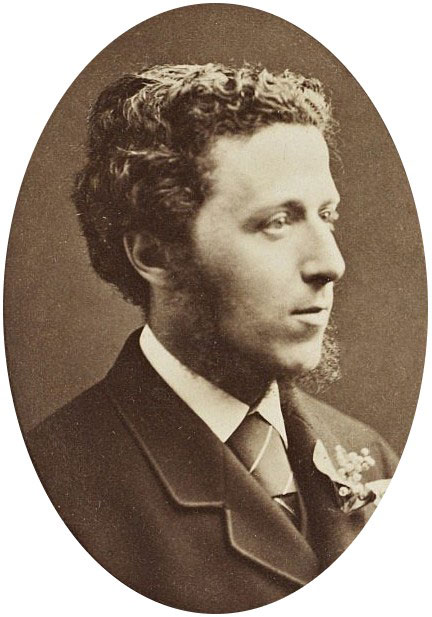 Image source and copyright: 1, This file is licensed under the Creative Commons Attribution 4.0 International license. 2, 3, This work is in the public domain