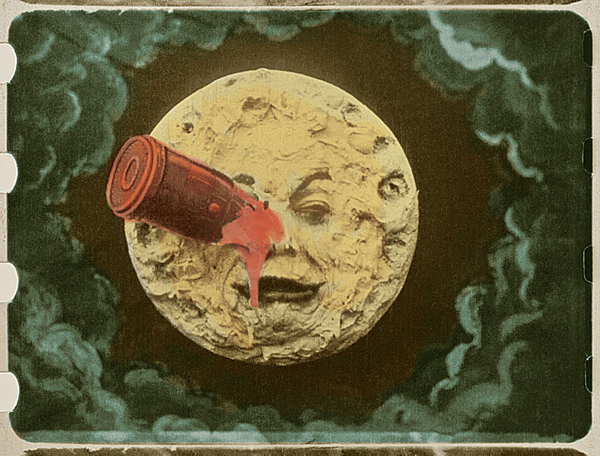 Well, this is definitely the oldest movie I’ve watched, and it’s truly fabulous! It’s quite incredible that it was made way back in 1902.

Only fifteen minutes long, Le Voyage dans la Lune was the first sci-fi film ever made and tackles the idea of a trip to the moon they way they thought it would be at the turn of last century. This means there are quite a few surprises for a modern audience: wasp-like green aliens who leap and gambol across the screen, showgirls whose heads are stars, giant underground mushrooms, even snow falling! The astronauts also seem to be wizards, and there is some delightful camera trickery which must have amazed audiences then. 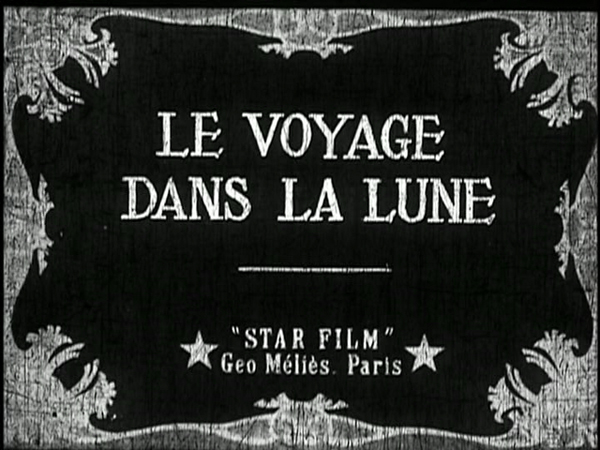 It’s got a great sense of humour too – I love the fact that the spaceship lands in the moon’s eye  – it’s an image that you must have seen before (top)!

The film was based around the novels From the Earth to the Moon by Jules Verne and The First Men in the Moon by H. G. Wells. and was written and directed by Georges Méliès, who was a prolific and pioneering early French film maker. He also takes the main role in this movie, which took 3 months to make and cost a lavish F10,000.

The film was released in black and white, but there was also a hand coloured version which I’ve included below – it’s well worth a watch, an absolute delight! 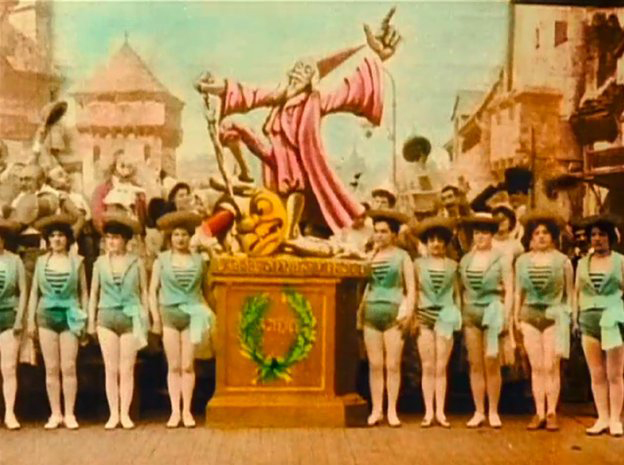 Photo source and copyright: 1, 2, 3, 4, The author died in 1938, so this work is in the public domain in its country of origin and other countries and areas where the copyright term is the author’s life plus 75 years or less.