Oh, how I love a Hitchcock movie! I don’t think I’ve ever seen a bad one, apart from ‘The Man Who Knew Too Much‘. And that’s just a strange story line told using unlikeable characters, as you might remember me complaining a while back. Actually that’s probably a good definition of a bad movie isn’t it?! 😉 Dial F for Fail for that one Hitch, sorry.

Dial M for Murder however must be one of Hitchcock’s finest: it’s both stylish and thrilling, and Grace Kelly as the socialite wife framed for murder is fabulous. Whether she’s being bold and beautiful at the beginning or shell shocked and traumatized at the end, she’s the total star of this movie, even though she’s absent for a lot of it.

One thing I have realized though, is how much Hitchcock loved a ‘type’. I knew he had a penchant for ice-cold blondes (Grace Kelly, Eva Marie Saint, Kim Novak etc.) but I hadn’t realized how much his leading men fell into a certain mold too. The villainous husband who plans to murder his adulterous wife (Kelly) is Ray Milland, who bears more than a passing resemblance to that other Hitchcock leading man: Jimmy Stewart.

Take a look at the picture below: the man sitting at the table looking like Stewart (to the right of the  man with the Groucho Marx cigar) is Ray Milland – is it just me that can see the similarity? Surely not? You will of course have noticed Hitch himself at the same table. I’m sure you know already that he had a cameo in every movie he made, and in this movie he’s featured in this photo which hangs on the wall of the apartment. 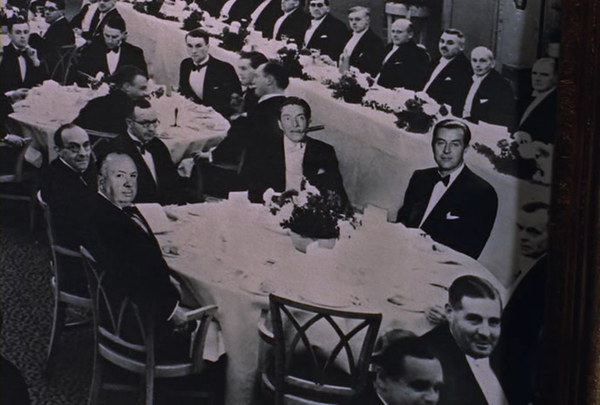 Anyway, the plot in a nutshell is that Milland decides to murder his socialite wife (Grace Kelly) after discovering that she was having an affair. He can’t leave her because all the money belongs to his wife and he’ll be left penniless, so he thinks up a clever scheme to have her murdered. He’ll inherit everything and it’ll serve her right. He blackmails an old college friend into murdering her while he is out entertaining a client, but it goes wrong and she manages to kill her attacker. The husband hears everything over the phone and swiftly rethinks his plan to make it look like his wife deliberately murdered the man because he was blackmailing her about her affair.

She gets arrested and sentenced to hang for murder, but thanks to the tenacity of her lover (Robert Cummings) and the clever police inspector they manage to entrap the husband into revealing his guilt the day before his wife’s execution.

This is a cracking movie, if you haven’t seen it multiple times already then treat yourself, go on! 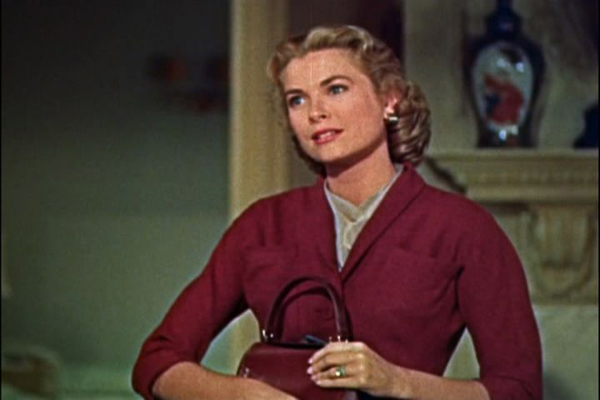